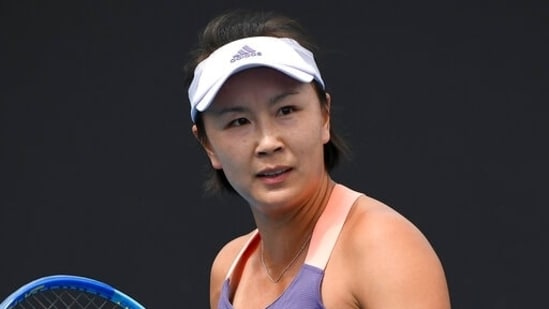 When the legendary Billie Jean King declared that the WTA Tour was “on the right side of history”, she referred to the history not merely of men’s or women’s tennis, but the entire network of professionalised sport. The WTA’s decision to suspend its Tour events in China due to the refusal by the Chinese establishment to respond to tennis pro Peng Shuai’s allegations of sexual assault by former Chinese vice-premier and IOC member Zhang Gaoli is a deal-breaker in more ways than can be grasped today.

Maybe we shouldn’t get into the financials of the decision quite yet, because it is exactly what the WTA appears to have set aside in putting its athlete first. Not a superstar, not even the biggest name from her own country nor the pusher of any brands—just one of their own.

Shuai Peng, a former world No.1 in doubles and top 20 singles won the latest of her 23 doubles titles in 2019, before Covid struck. Her current rankings are 193 in singles and 309 in doubles. All that the WTA asked for was for Peng’s complaints to be addressed, for a grievance redressal mechanism to be put into motion and for the WTA to be allowed to have a conversation with Peng minus minders.

Announcing the suspension of events in China, which Chairman & CEO Steve Simon said, had the support of its board of directors, players and sponsors, WTA said, “While we now know where Peng is, I have serious doubts that she is free, safe and not subject to censorship, coercion and intimidation.” To allow this—the suppression of Peng’s words and voice and the “sweep of the allegations of sexual assault under the rug” by “powerful people”—would in the eyes of the WTA be an “immense setback” to its core principles.

Within a few short paragraphs, the dignity and rights of the female athlete was placed ahead of the main pillars on which modern professional sport rests: financial growth, valuation, marketability. This approach can apply to the rights of all athletes, going beyond merely the commercial and pertaining to respect, security of person and freedom of expression.

The most lucrative and prominent women’s sporting body across the globe has sent out a powerful message: this is who we are and this is what matters to us. It is a precedent that others will find very hard to match. The ethical moorings of professional sport are built on sand that can be easily washed away by the first wave of a billion-dollar deal.

For example, the International Olympic Committee has been forced to go into contortions with two months left for the 2022 Beijing Winter Olympics. It’s very well-intentioned push for gender-parity at the summer and winter Olympics exists alongside the fact that it cannot raise its voice against a former IOC member who is at the centre of the biggest news story in world sport. Simon himself in an interview to AP said that the WTA were not looking to “send a message to any other sport bodies or influence their decisions or evaluate their decisions… But as far as what they need to do for their business interests and for their reasons, they need to make their own decisions. And I’m not looking to influence that.”

Also read: Peng Shuai has appeared in public, but concerns about her safety not going away

Except the WTA has become the first global sporting body to poke the dragon, whose deep pockets and large consumer base makes it the dream partner for organisations like the NBA, the European football leagues and global golf tours. China you would think is central to tennis’s aspirations to stay afloat in a competitive sports market. According to a Bloomberg report, tennis corners only 1.3% of the total value of sports TV and media rights and in there, the WTA is among its smallest arms, offering annual prize money of $180m in 2020.

Before the pandemic struck in 2020, China was the WTA tour’s second largest host nation, staging nine events to the USA’s eleven across its four prize-money slots in 2019. The cost of suspending those—which include two WTA1000 events (worth prize money of approximately $1m each) and the WTA Tour finals in Shenzen—was calculated at being between $30m in prize money and around $100m from other earnings. The 2019 WTA Tour finals in Shenzen had doubled their prize money from $7m to $14m, and the winner, Ashley Barty’s $4.4m cheque was the biggest prize money in tennis, male or female, Grand Slam or otherwise.

This is not money to be sneezed at but the fact that WTA has chosen to do so is radical.

There could be several factors, apart from their concern for Peng, that led the WTA to this point. The 2020-21 WTA tour, devastated by the global pandemic, got itself moving by generating new events in first-timer cities and venues. When Shenzen pulled out in 2021, Guadalajara, Mexico staged the WTA finals, with $5m in prize money. Shenzen 2020 was the last WTA event held in China before Covid-19 and the inability to play in China or Hong Kong has forced the WTA to find solutions and in many ways, their fiscal independence. Their calendar may look different in 2022 and their wallet may end up thinner, but in terms of their branding and standing, the WTA are now heads and shoulder above their wealthier cousins. It’s the kind money can’t buy and history will not forget.

Thank you for subscribing to our Daily News Capsule newsletter.