President Joe Biden remains “deeply concerned” about the wherebouts of Chinese tennis player Peng Shuai and wants China to “provide independent, verifiable proof” of her whereabouts – despite Chinese state media releasing photographs of her on Friday.

The mystery surrounding her location and safety took a fresh twist after photos were released on Twitter by journalist Shen Shiwei, who works for CGTN; the international arm of the Chinese government-controlled broadcaster CCTV.

Mr Shen said the pictures were posted on the player’s WeChat messaging app alongside text saying “happy weekend”, and added “her friend shared the three photos and the screenshot of Peng’s WeChat moments”.

Global Times editor-in-chief Hu Xijin, a prominent state-media journalist, said on Saturday that Shuai has been staying in her own home “freely” and will make a public appearance “soon”. 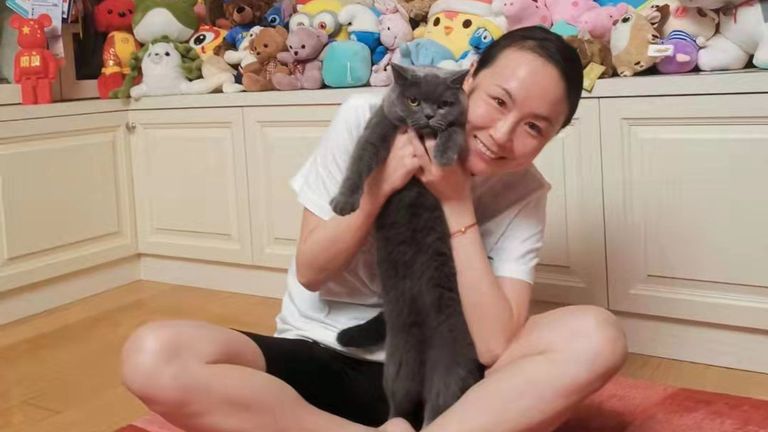 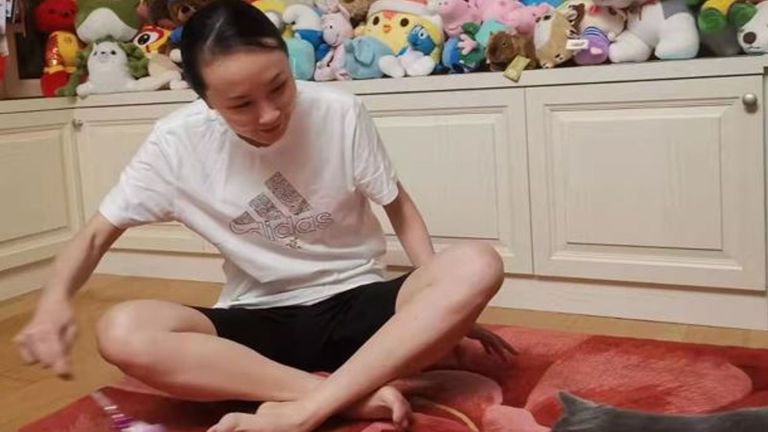 “In the past few days, she stayed in her own home freely and she didn’t want to be disturbed. She will show up in public and participate in some activities soon,” Hu wrote on Twitter. The Global Times is published by the People’s Daily, the official newspaper of China’s ruling Communist Party.

Experts have expressed scepticism and questioned the authenticity of the images of Peng, while White House press secretary Jen Psaki issued a statement on behalf of President Biden ramping up the pressure on China.

“We join in the calls for PRC (People’s Republic of China) authorities to provide independent and verifiable proof of her whereabouts and that she is safe,” Psaki told reporters on Friday.

“We know the PRC has zero tolerance for criticism and a record of silencing those that speak out and we continue to condemn those practices.”

Others have also pointed to the presence in one of the photos of a framed picture featuring Winnie the Pooh – a character banned in China after people mockingly likened him to President Xi Jinping.

Peng, a former Wimbledon doubles champion, disappeared after writing a social media post on November 2 accusing a former top government official of forcing her to have sex after playing tennis at his home. Her original post on Weibo has been taken down.

Neither Zhang nor the Chinese government have commented on her allegation.

An email said to be from Peng was released on Wednesday by CGTN, but doubts have also been raised over its authenticity.

It says the sexual assault claim “is not true” and adds: “I’m not missing, nor am I unsafe. I’ve just been resting at home and everything is fine”.

Wimbledon said in a statement: “We are united with the rest of tennis in the need to understand that Peng Shuai is safe. We have been working in support of the WTA’s (Women’s Tennis Association) efforts to establish her safety through our relationships behind the scenes.

“Along with the global tennis community, we would like Peng Shuai to know that her wellbeing is of the utmost importance to us, and we will continue to work to gain clarity on her safety.”

The LTA said it was a “very concerning situation” and the “immediate priority is to establish that Peng is safe and well”.

It is important Peng is “able to speak freely and not subject to any form of censorship”, the association added.

Murray linked his tweet to a video of Czech player Barbora Krejcikova speaking about her country’s liberation from communism during the Velvet Revolution of 1989.

Martina Navratilova, standing behind Krejcikova, is in tears. Navratilova defected from communist Czechoslovakia early in her career, becoming a US citizen in 1981. The revolution ended communist rule in the country and in 1993, the nation was dissolved, becoming the independent states of the Czech Republic and Slovakia.

Murray said of the footage: “This speech gives us a reminder and some hope that things can change in the future. #WhereIsPengShuai.”

Other tennis players including Serena Williams, Naomi Osaka and Novak Djokovic are among those concerned over her whereabouts.

In a statement, the LTA added it had written to the WTA, offering its assistance in efforts to establish Peng’s “safety and wellbeing”.

The LTA added: “We are also keen to support any further measures that the tours can introduce to improve the safety of all players.”

The Athletes Commission of the International Olympic Committee said it was “very concerned” for Peng and hoped contact with her and fellow athletes could be established soon.

“Together with the worldwide athlete community, the IOC Athletes Commission is very concerned about the situation of three-time Olympian Peng Shuai,” the commission, made up of athletes elected by their peers, said in a statement.

China’s foreign ministry claimed on Friday it was unaware of the controversy.

Ministry spokesperson Zhao Lijian told reporters it was “not a diplomatic question and I’m not aware of the situation”.

Steve Simon, the head of the Women’s Tennis Association (WTA), said it “only raises my concerns as to her safety and whereabouts”.

Steve Simon, chairman and chief executive of the WTA, says they are ‘fully expecting’ China to help prove Peng Shuai is safe after an email allegedly from Ms Peng denied she was missing

Steve Simon, chairman and chief executive of the WTA, says they are ‘fully expecting’ China to help prove Peng Shuai is safe after an email allegedly from Ms Peng denied she was missing

“I have a hard time believing that Peng Shuai actually wrote the email we received or believes what is being attributed to her,” he said in a statement.

“Peng Shuai displayed incredible courage in describing an allegation of sexual assault against a former top official in the Chinese government.

“The WTA and the rest of the world need independent and verifiable proof that she is safe. I have repeatedly tried to reach her via numerous forms of communication, to no avail.”

Mr Simon said Peng’s sexual assault claim must be investigated with “full transparency” and she should be allowed to speak “without coercion or intimidation”.

Speaking to NBC News, he also raised the prospect of rethinking WTA events in China if things are not resolved satisfactorily.

The country has a “track record of forcing statements out of individuals under duress, or else simply fabricating them”, said its China researcher Doriane Lau.

Djokovic: This is horrifying

Novak Djokovic has backed the WTA’s threat to pull the Women’s Tour out of China amidst reports that Chinese player Peng Shuai, had gone missing after accusing a former top Chinese official of sexually assaulting her

Novak Djokovic has backed the WTA’s threat to pull the Women’s Tour out of China amidst reports that Chinese player Peng Shuai, had gone missing after accusing a former top Chinese official of sexually assaulting her

He said: “I’m really glad that there was an initiated reaction from both WTA and ATP chairmen and it’s important, because this is horrifying.

“A person is missing I don’t know if it’s true or not, if she’s found, I really hope so….because she was number one in the world, recently in doubles.

“She was one of the most well known Chinese tennis players and China is a huge country, a very important part of the world, especially for WTA, they have many tournaments there.

“I mean… this is necessary for us to take whatever actions…and I heard from just now from Reem (reporter) that WTA is willing to pull out of China, I mean all the tournaments (there) unless this is resolved. I support it 100 per cent.”