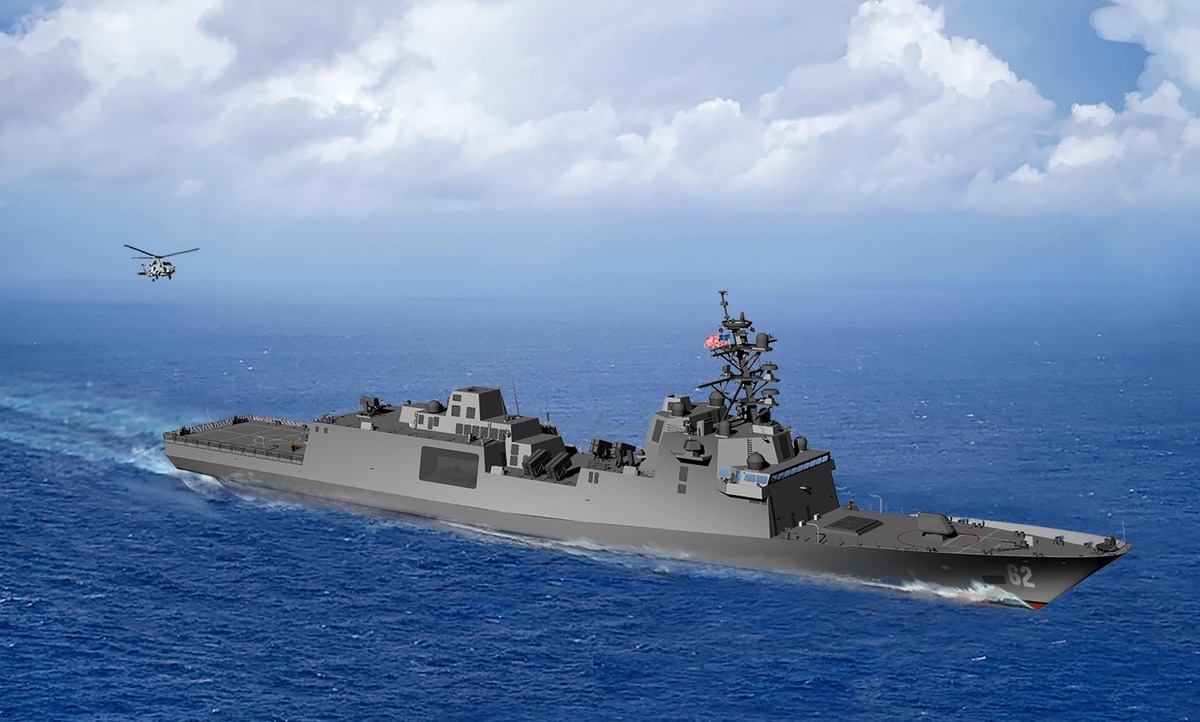 The Navy’s rendering of the newly-awarded FFG(X). (Source: US Navy)

WASHINGTON ― Austal USA has broken ground on a steel production line in Mobile, Ala., as the Navy winds down its aluminum-hulled shipbuilding programs and plans on larger numbers of smaller ships.

The company, a subsidiary of the Australia-based Austal, makes the Navy’s expeditionary fast transport and the Independence-class littoral combat ship, . The company will be ready to start building steel hulls by next April, an upgrade that is expected to position it for future competitions.

The groundbreaking comes amid new shipbuilding opportunities. A new small surface combatant and unmanned surface vessels are in development.

The expansion is at least in part funded by a $50 million government grant under the CARES Act, part of a Trump administration push to expand shipbuilding. The company said at the time it would likely match the total investment.

Adding steel shipbuilding capability, Austal puts itself in line to potentially become the second shipyard constructing the new Constellation-class frigate. In a final shipbuilding plan pushed in the waning days of the administration, President Trump’s Office of Management and Budget advocated for accelerating the frigate program and adding a second yard.

In April 2020, Fincanieri beat Austal USA, Huntington Ingalls Industries in Mississippi and General Dynamics Bath Iron Works in Maine to design the ship and construct the first vessel at Marinette Marine shipyard in Wisconsin, with options for up to nine others.

Sign up to get The Drift
Sign up for our weekly newsletter to go deeper into all things Navy with David Larter.

The Navy’s 30-year plan calls for a “follow yard” in fiscal 2023 to increase production of the Constellation class to three ships and to four ships by fiscal 2025.

The Navy is also developing a class of large unmanned surface vessels designed to be an external missile magazine for manned ships, boosting the missile capacity of more limited ships such as the 32-missile cell Constellation-class frigate awarded last year to Fincantieri.

In February, incoming Deputy Secretary of Defense Kathleen Hicks told lawmakers in her confirmation that shipbuilding plans would be reviewed by the Biden administration, but specifically pointed to increasing the number of small surface combatants as an idea that interested her.

“This is logical, this is a commitment to the future, that Austal is not vacating the U.S. Navy market after the LCS is done ― and I wouldn’t expect them to,” said Byron Callan, a defense and aerospace analyst with Capital Alpha Partners.