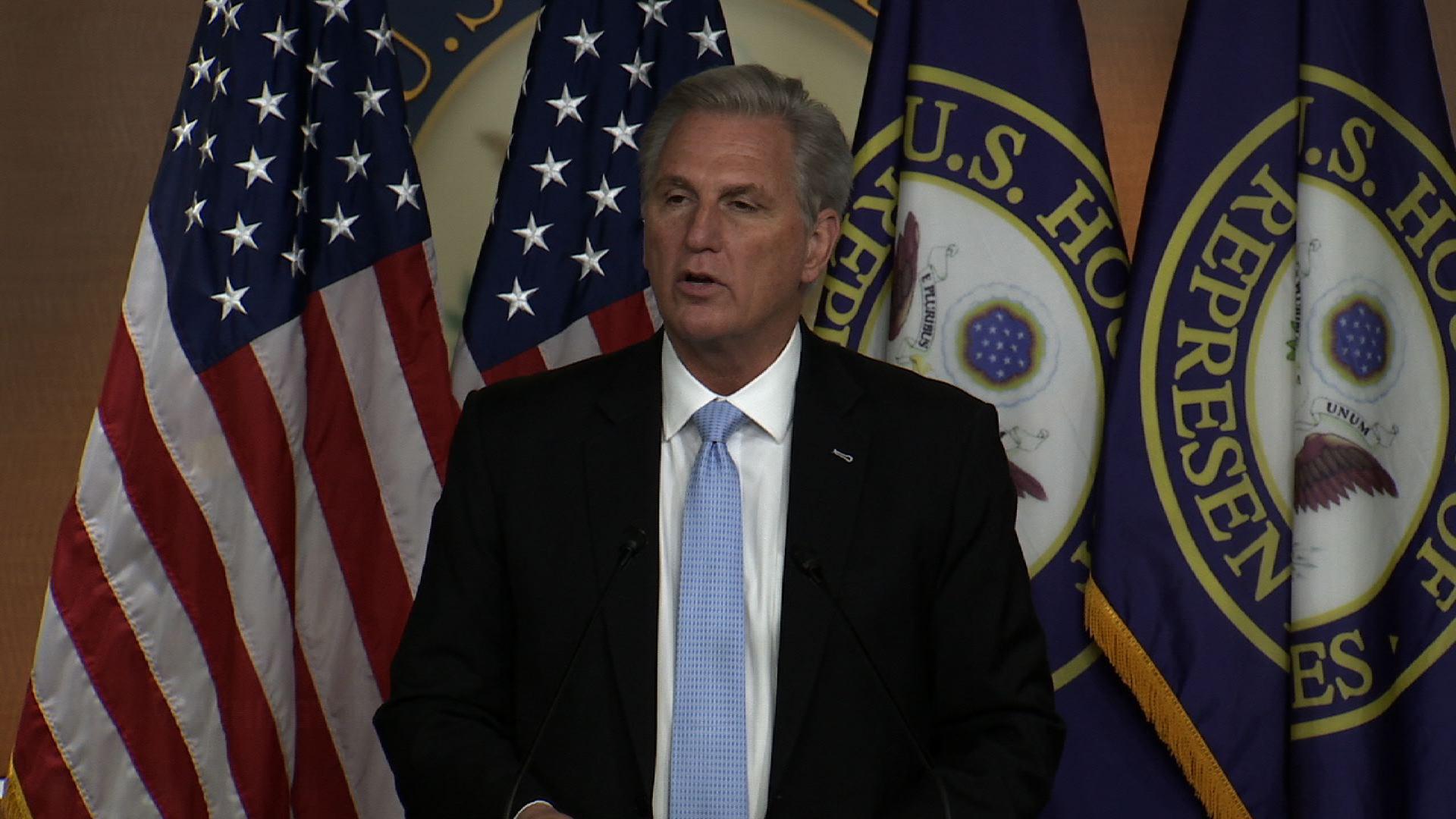 WASHINGTON – As the Biden administration faces an ongoing surge of unaccompanied migrant children coming to the border, a group of Republian lawmakers on Monday visited a processing facility along the U.S.-Mexico border and described the situation as “human heartbreak” and a crisis on the border.

“I came down here because I heard of the crisis. It’s more than a crisis, this is a human heartbreak,” House Minority Leader Kevin McCarthy said during a press conference after touring the El Paso Central Processing Center in El Paso, Texas. “The sad part about all this, didn’t have to happen. This crisis is created by the presidential policies of this new administration. There’s no other way to claim it than a Biden border crisis.”

The trip comes as the Biden administration is facing an influx of migrant children coming to the border as there is limited facilities to hold them. In addition, the trip comes as the House is about to take up two immigration bills that would create a pathway to citizenship for “Dreamers,” undocumented individuals who were brought to the U.S. as children, and farm workers.

McCarthy, along with the 12 other Republican members of the House, said Biden was to blame for the surge after he reversed several of former President Donald Trump’s immigration policies.

“The cartels know when to exploit this southern border, and they’re doing it now masterfully,” said Rep. John Katko, R-N.Y., and ranking member of the House Committee on Homeland Security. “They’re doing it because President Biden rolled back a lot of the orders of the previous administration that were working.”

Rep. Veronica Escobar, D-Texas, pushed back against her Republican colleagues, who blamed the president.

“We first started seeing pretty significant numbers of families arriving at our front door under the Trump administration,” Escobar said during a virtual press conference Monday afternoon. “The flow has never stopped. The journey that these families have been making, it’s never stopped. What the Trump administration did in the last year during COVID, and through MPP and through other really awful and horrific policies, was not stop immigration.

What he did was create some pretty dangerous conditions right outside our front door,” Escobar said.

More: The House is taking up immigration changes this week. Democrats are cautiously optimistic about Senate support

In his first weeks in office, Biden stopped construction on the border wall and began unwinding several of Trump’s hardline immigration policies. However, the Biden administration has kept one key policy in place from the Trump administration, Title 42, which allows the government to expel undocumented migrants coming to the U.S. seeking asylum.

Over the past several months, the Biden administration has seen a surge of unaccompanied migrant children to the border, and has struggled to quickly move the children from short-term holding facilities to temporary influx facilities run by the Department of Health and Human Services.

As of Sunday morning, more than 4,200 unaccompanied migrant children were being held in short-term holding facilities, according to CBS News. Migrant children are supposed to be moved from the short-term facilities within 72 hours. Those facilities are jail-like and are not suited for long-term containment.

In an attempt to help combat the surge, the administration is deploying officials from Health and Human Services and the Office of Refugee Resettlement to help begin the vetting process for sponsors for these children more quickly. In addition, the Federal Emergency Management Agency has been deployed for the next three months to help receive, shelter and transfer unaccompanied migrant children, Homeland Security Secretary Alejandro Mayorkas announced Saturday.

White House press secretary Jen Psaki said Monday the administration is facing “a big challenge” at the border and using “every level of the federal government to help address that.” However, she has not called the surge a “crisis” or a humanitarian disaster.

“They’re playing a number of roles there to address what we feel is a significant problem and a significant challenge, and I think we haven’t … been hiding about that,” Psaki said of FEMA aiding at the border.

Although the White House has yet to label the surge of undocumented children at the border a “crisis,” House Speaker Nancy Pelosi told reporters Sunday that there is a “humanitarian crisis” at the U.S.-Mexico border.

For the trip to the border, McCarthy was accompanied by:

Salazar, who represents parts of Miami, raised concerns that children coming to the border could become victim to human trafficking. Salazar, who is of Cuban descent, said Latinos from Central America are the ones who are at high risk of being trafficked.

The Biden administration has also raised concerns about human trafficking. Psaki has previously said that the vetting process for a sponsor for an unaccompanied migrant child is taking longer because they want to make sure the child isn’t falling into a human trafficking situation.

The Biden administration has repeatedly said that the border is currently closed and has called on migrants to stop trying to make the dangerous journey to the United States’ southern border.

Although the Republican lawmakers criticized Biden’s handling of the surge of undocumented migrants, some noted they are open to altering some legal paths to immigration. For example, McCarthy noted those seeking an education in the United States who are from another country should have a system in place to stay and work in the U.S. after they graduate.

“Let’s make a system that actually works, put it on merit, have the ability to come,” McCarthy said. 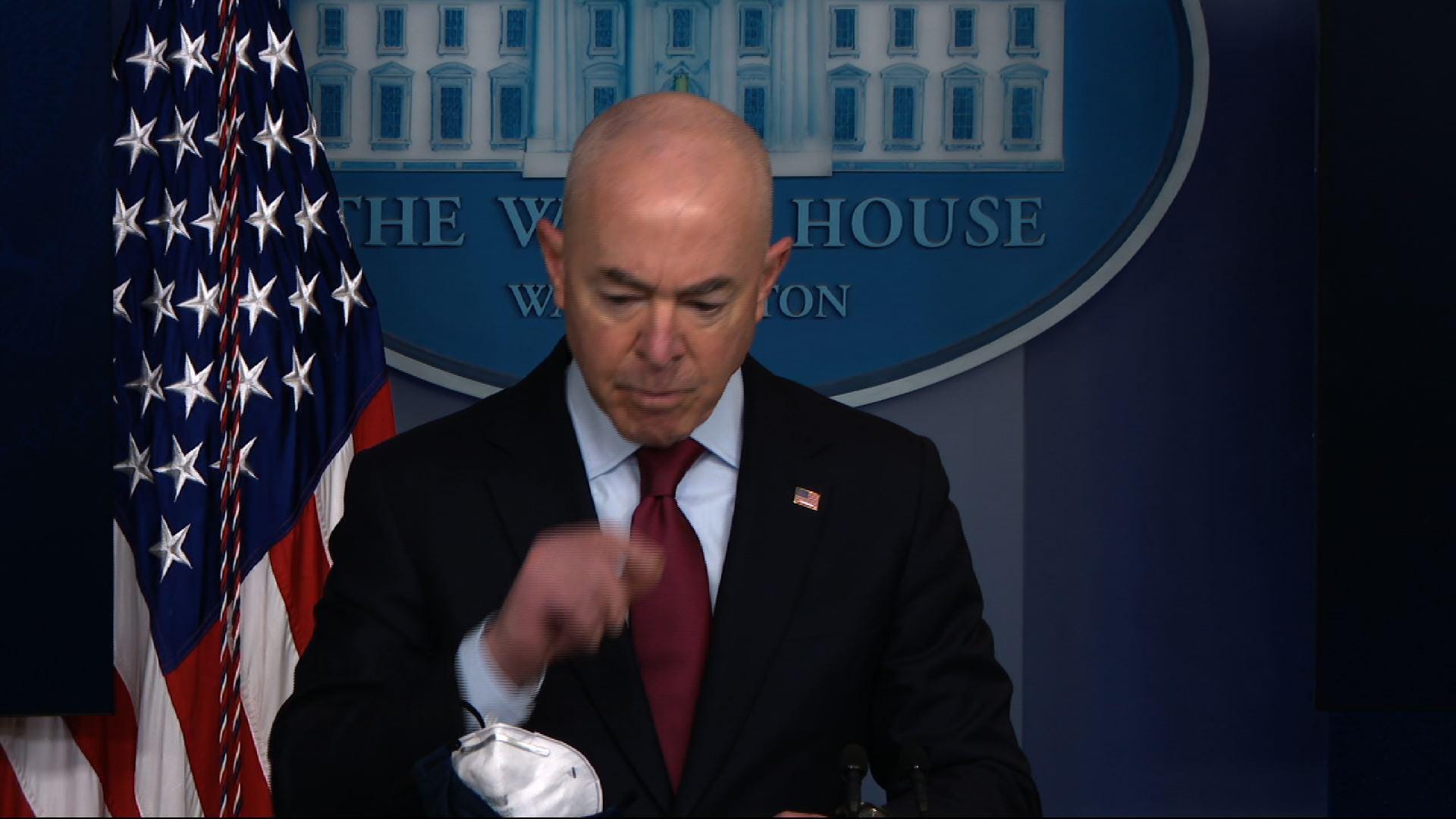 Secretary of Homeland Security Alejandro Mayorkas says immigration was “gutted” by the Trump administration. After 27 days in office, Mayorkas told reporters: “It takes time to build out of the depths of cruelty,” (March 1)