The delivered few surprises today. Of the 54 Oscar nominations this writer predicted yesterday, 47 appeared on the list read out by Priyanka Chopra Jonas and Nick Jonas. (Even in the era of remote awards ceremonies, those precursor awards still spoil some of the fun.) But there is no question that something has changed in the Oscar universe. And those changes are almost all welcome.

Of course, that strange, messily formed electorate – cinematographers in Cleveland, costume designers in Barcelona, animators in Galway – have missed out some of the year’s best films. We were hoping they would fall on gritty work such as Never Rarely Sometimes Always and superior mainstream entertainment such as The Invisible Man. Every year has its outrages. It is not just parochial feeling that has us longing for to be recognised for I’m Thinking of Ending Things.

Over the near century-long history of the awards, only five woman have been nominated as best director. This year Emerald Fennell and Chloé Zhao compete in the same race

Never mind that. The names and titles on the 2021 nomination roll look nothing like those we would have encountered in the 1990s or 2000s. Over the near century-long history of the awards, only five woman have been nominated as best director: Lina Wertmüller, Jane Campion, Sofia Coppola, Kathryn Bigelow and Greta Gerwig. Only Bigelow has won. This year Emerald Fennell and Chloé Zhao compete in the same race. Put it this way: almost a third of the women directors shortlisted since 1929 are up for the current Oscars.

Look more closely at that category. Two of the five are nominated for directing a film in a language other than English: Lee Isaac Chung for Minari and for Another Round. The academy has a better record in this regard. It is always arresting to remember that Hiroshi Teshigahara was nominated for Woman in the Dunes in 1965. Other “foreign language”-director nominees include Ingmar Bergman, Akira Kurosawa and Michael Haneke. But, with Parasite winning best director and best picture in 2020, this year’s double whammy confirms that Oscar is now more prepared than ever to speak in other tongues. is a white bloke in that competition.

Then there is the diverse spread of acting nominees. By one calculation, nine of the 16 acting contenders are people of colour and at least two – for Judas and the Black Messiah and the late for Ma Rainey’s Black Bottom – are favourites to win. It is tempting to suggest this shift has all happened since the #oscarsowhite fiasco of 2016, but, in the academy’s defence, change had been afoot before that, and, just a year later, Moonlight took best picture on the same night that Mahershala Ali and Viola Davis won acting prizes. 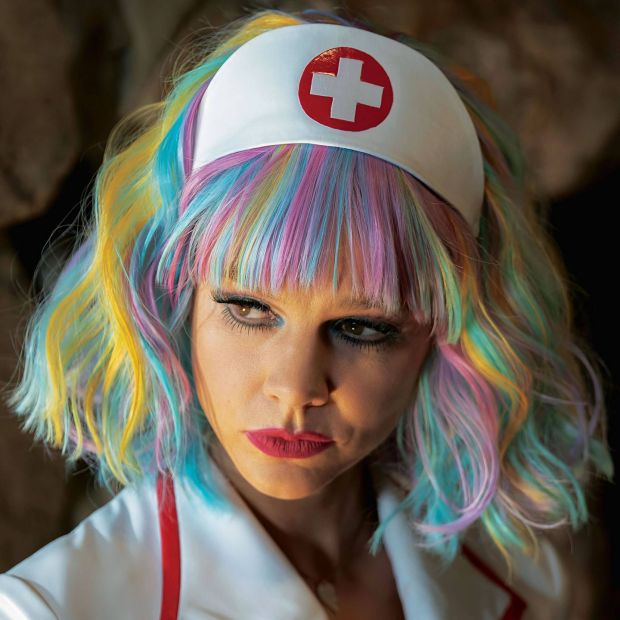 The move towards more eccentric, less flabby nominees – films as unlike Out of Africa, perennial symbol of all that is dull in Oscarland, as possible – gathered pace with the decision, a little over a decade ago, to increase the number of best-picture nominations. Nominees such as Amour, Room and Get Out would have struggled to be noticed in earlier decades. Neither Moonlight nor Parasite could have won in the Ronald Reagan era. The establishment was then whiter, less adventurous and more inward-looking.

Some of us hoped that, with a number of big features delaying release, this year’s nominations would be even more tasty than they have turned out. Worthy historical films such as Ma Rainey’s Black Bottom, One Night in Miami, The Trial of the Chicago 7 and Mank seemed to be locked in for best-picture nods. In the event, the voters ditched those first two – decent adaptations of plays – in favour of juicier films such as Sound of Metal and Judas and the Black Messiah. Chloé Zhao’s Nomadland, a lean, contemplative picture, is the favourite to win. These are no longer your grandad’s Oscars.

Did the material change or did the voters change? A little of the former and a lot of the latter. Studios have belatedly realised there are audiences for films with casts that look like the United States and look like the world. Moonlight pushed in one direction. Black Panther pushed in another. Parasite – the highest-grossing title in a language other than English ever at the combined UK and Irish box office – somehow managed to push in both directions at the same time.

‘How bad were the Academy Awards this year?’ Donald Trump whined after Parasite’s win. ‘Was it good? I don’t know. Can we get, like, Gone with the Wind back, please?’

Woven in with the opening up of production to other voices was the academy’s dramatic shift in electoral demographics. The powers that be have worked hard to make the voters younger, less white and more international. In 2019 the Hollywood Reporter noted that, of just under 8,000 voters, about 2,000 had been drafted in over the preceding three years.

“The Old Academy is studio- and Hollywood-centric,” Stephen Galloway wrote. “It’s predominantly male and white and middle-aged or older. The New Academy is indie- and internationally oriented; it’s made up of just as many women as men, with a healthy portion of non-Caucasians. The Old Academy sees movies as a business, not just an art form. The New Academy resents any hint that money should get in the way of art.”

Nothing endorsed the change more eloquently than the objections of the 45th president of the United States. “How bad were the Academy Awards this year?” Donald Trump whined after Parasite’s win. “We got enough problems with South Korea with trade. On top of it, they give ’em the best movie of the year? Was it good? I don’t know… Let’s get Gone with the Wind – can we get, like, Gone with the Wind back, please?”

Forget it, Donald. There is no going back now.