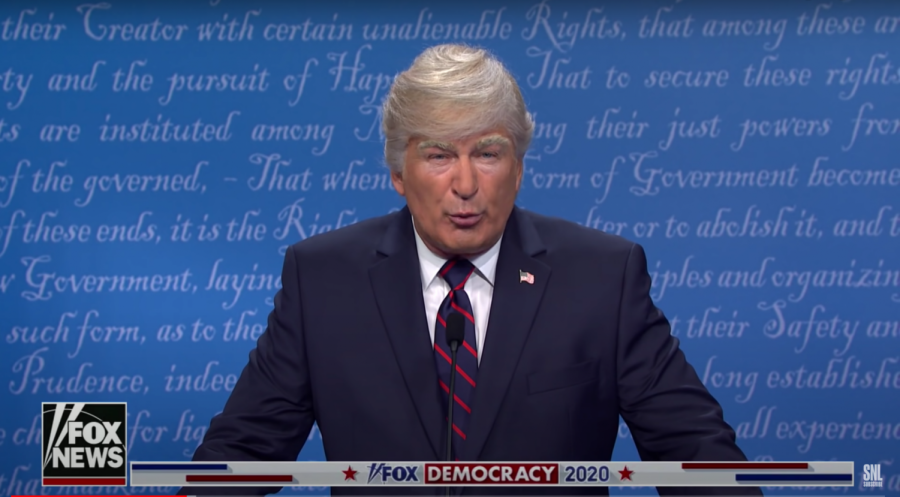 At the beginning of Donald Trump’s presidency, a common joke was made that the flashy public figure-made-president would be good for comedy. The perception was not shared by all comedians, though, as the president’s dominance of the public eye turned into a burden for political comics.

Michael Che, a stand-up comedian and co-anchor of SNL’s “Weekend Update,” told The Washington Post that it is difficult to make jokes about Trump stand out.

“It’s terrible for comedy,” Che said. “Now you gotta dedicate 10 minutes about Trump. He’s in the elephant in the room and it makes for the same types of jokes all the time. When you talk about him, you’re pretty much saying the same things about him.”

Twitter, a hotbed for political jokes, is a source of constant entertainment for users looking to engage and relieve themselves of their frustrations with the government. As soon as something happens, you can bet on the immediacy of Twitter to provide commentary and humor on the political landscape. Comedy, whether through political satire shows or commentary on social media, further engages audiences. It furthers political participation, utilizing the entertainment platforms to comment on institutions and politicians.

Now that Trump is no longer president, attention has shifted to Joe Biden’s presidency, hyperpartisanship and continued frustration with governmental institutions. The most recent development has been the process of pushing Biden’s stimulus package through Congress. Tweets on the topic have been centered around the removal of the minimum wage increase from the bill and the inability of Democrats and Republicans to reach an agreement.

A tweet by comedian Chelsea Handler comments on the ineffectiveness of Congress, particularly aimed at Republicans: “If someone’s house was on fire and Republicans had a hose, they would debate for hours what to do –– and then in the end they’d just drink from it.”

More than anything, the tweet displays growing frustration with the realities of the legislative process.

It can feel silly and even absurd that legislators spent 24 hours debating whether or not Americans should receive stimulus amid the continued financial burden of the Covid-19 crisis. This doesn’t mean that onlookers don’t understand the extensive legislative process required to pass such a bill. Simply put, Americans are frustrated and comedy provides relief to the feeling of hopelessness.

Political comedy is particularly popular among younger viewers, a Pew Research survey shows. According to this survey, one in five young people say that they get campaign-related news from late-night comedy shows including “Saturday Night Live” and “The Daily Show.”

As the popularity of contemporary political humor has grown, it has been speculated whether or not that leads to a decrease of trust in government.

Dannagal Young, an associate professor of communication and political science at the University of Delaware, questions if that would necessarily be a bad thing.

“If the fundamental proposition of political satire is that we deserve –– and can attain –– something better, then it is logical that audiences would see this message as both an indictment of the existing political order and a call to strive for its improvement,” Young said in an article published in the Oxford Handbook of Political Communication

Political satire may cause greater distrust in government, but that shouldn’t be a bad thing. If the goal is to foster greater political engagement, it should be equally as important to ensure that an electorate questions the current systems of government. Comedy proves that people are paying attention and that there is still a glimmer of hope that our political system could be improved on.

“And I think that –– I just think it’s a good way to approach sometimes even really tough issues, because you can get people engaged in a conversation through humor,” Winstead told NPR.

When approaching late-night shows such as “The Daily Show,” viewers must arrive with some knowledge of political events. At this point, they are usually somewhat acquainted with the issues being joked about.

The rise of comedy preceded Trump but the former president exacerbated the need for it. The use of comedy to comment on politics will not go away, but hopefully, its burden on the comedic stage will decrease.