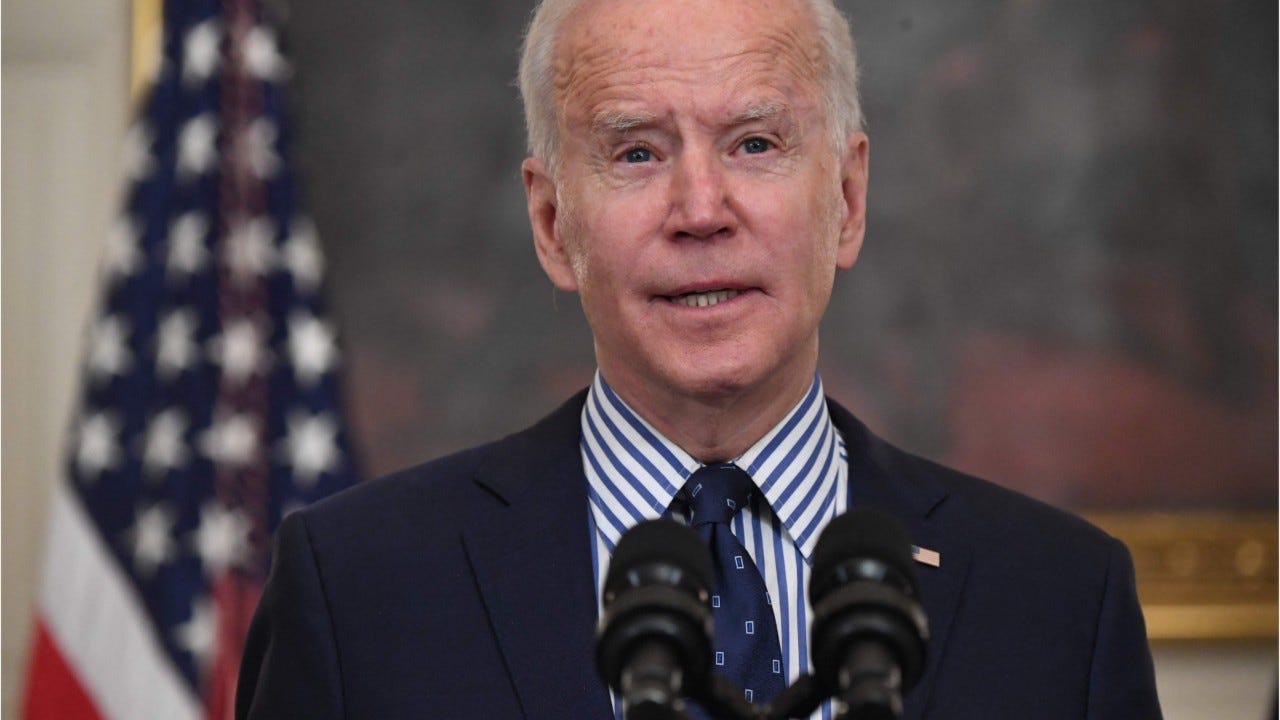 The order marked the 56th anniversary of the Selma-to-Montgomery marches for civil rights.

Sen. Joe Manchin, D-W.V., stumbled over his words in the middle of explaining his stance on capping stimulus checks and other reforms to the recently passed $1.9 trillion stimulus package.

“And that’s what we tried to do when we put the cap on, Chuck,” Manchin explained to CNN’s Jake Tapper on the cable news network’s “State of the Union.” Shortly before, Manchin had conducted another Sunday show interview with NBC News’ “Meet the Press,” which is hosted by the network’s political director, Chuck Todd.

“I know you’re doing the round of shows today but just to remind you, I’m Jake, not Chuck,” CNN’s Jake Tapper said correcting Manchin amid questioning about Manchin’s stance on the recently passed $1.9 trillion stimulus package and the minimum wage.

Tapper did not seem amused by the mix-up, which Manchin made at least three times during the interview. The interaction did not take place in person, where Manchin may have been able to better identify who he was speaking to amid a Sunday media blitz in which he appeared on four news shows to defend his positions on the stimulus bill. The senator was also likely still tired after more than 27 straight hours of debate on the bill that ran from Friday to Saturday.

More: Democrats and Republicans are battling over voting rights in Congress and at statehouses. Which side will win?

Manchin’s mistake drew attention on social media, including from critics of Todd who said they understand why Tapper would be upset at the mixup.

Others were more understanding. Walter Shaub, former director of the Office of Government Ethics, pointed out that “you can’t see the person you’re talking to on TV. You’re staring into a black box surrounded by bright lights. And he’s probably done dozens of interviews this week.”

“I’d give him a pass on this one,” Shaub tweeted.

Tapper leveled some piercing questions at Manchin. At the outset of the interview, Tapper asked, “You represent one of the lowest-income states in the nation. Why were you fighting for less help for citizens during this cruel economic time?”

Manchin’s misidentification of Tapper followed, interrupting his explanation for why he opposed including a $15 minimum wage in the bill, supported lowering the income eligibility threshold for $1,400 stimulus checks and pushed to drop supplemental unemployment benefits from $400 a week to $300.

“Once it gets above $11, it should be indexed so it never becomes a political football again,” Manchin said on CNN, responding to criticism from progressive Democrat Alexandria Ocasio-Cortez that his proposal to raise the minimum wage to $11 was too low.

“We come from two areas of the country with different social needs, and we need to respect that,” he emphasized.