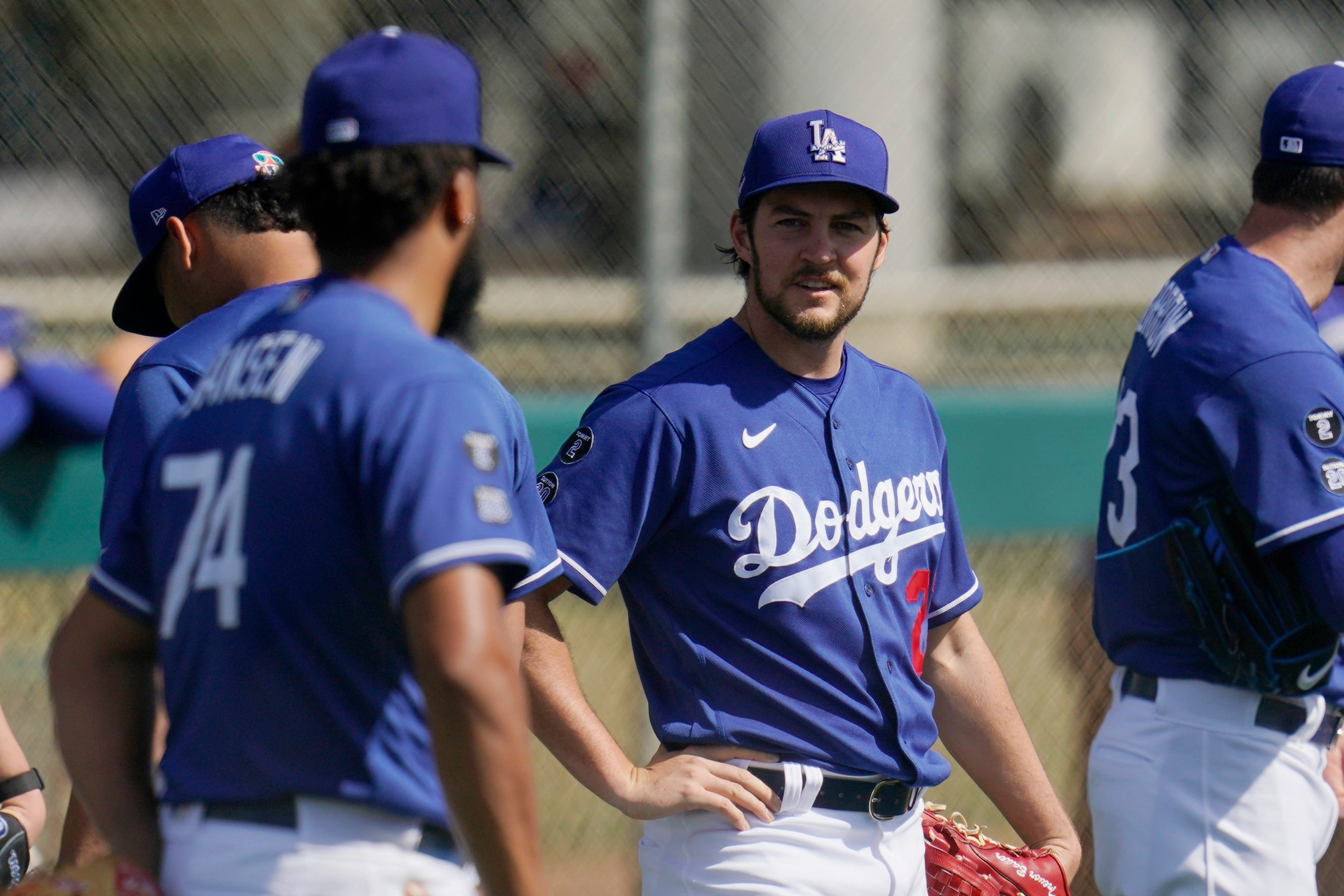 SportsPulse: Mackenzie Salmon connected with Dodgers pitcher Walker Buehler to get his perspective on his new teammate Trevor Bauer and if the L.A. has to prove anything after winning the title in a shortened season.

Trevor Bauer isn’t one to shy away from saying what he thinks.

He also has become known for his on-field antics such as mimicking UFC star Conor McGregor’s celebratory walk as he leaves the mound.

Bauer signed a three-year, $102 million contract with the Los Angeles Dodgers this winter and is back to his antics.

In his second start of spring training, Bauer spent part of his three innings against the San Diego Padres pitching with one eye closed.

Before the game, the Padres released their lineup, and the pitcher shared his disappointment with his new division rivals not putting their best players out against him, quote-tweeting, “How sad” in Spanish.

Bauer made sure to take note whether Padres shortstop Manny Machado would play. In the past, Bauer has said Machado is his least favorite batter to face.

“Manny Machado, just because he hits like .700 off me,” Bauer said. “I think he has over a 2.000 slugging percentage, which means he averages more than a double per at-bat off me … I’m just like, ‘Just walk, just go to first. Don’t hit a homer please.’”