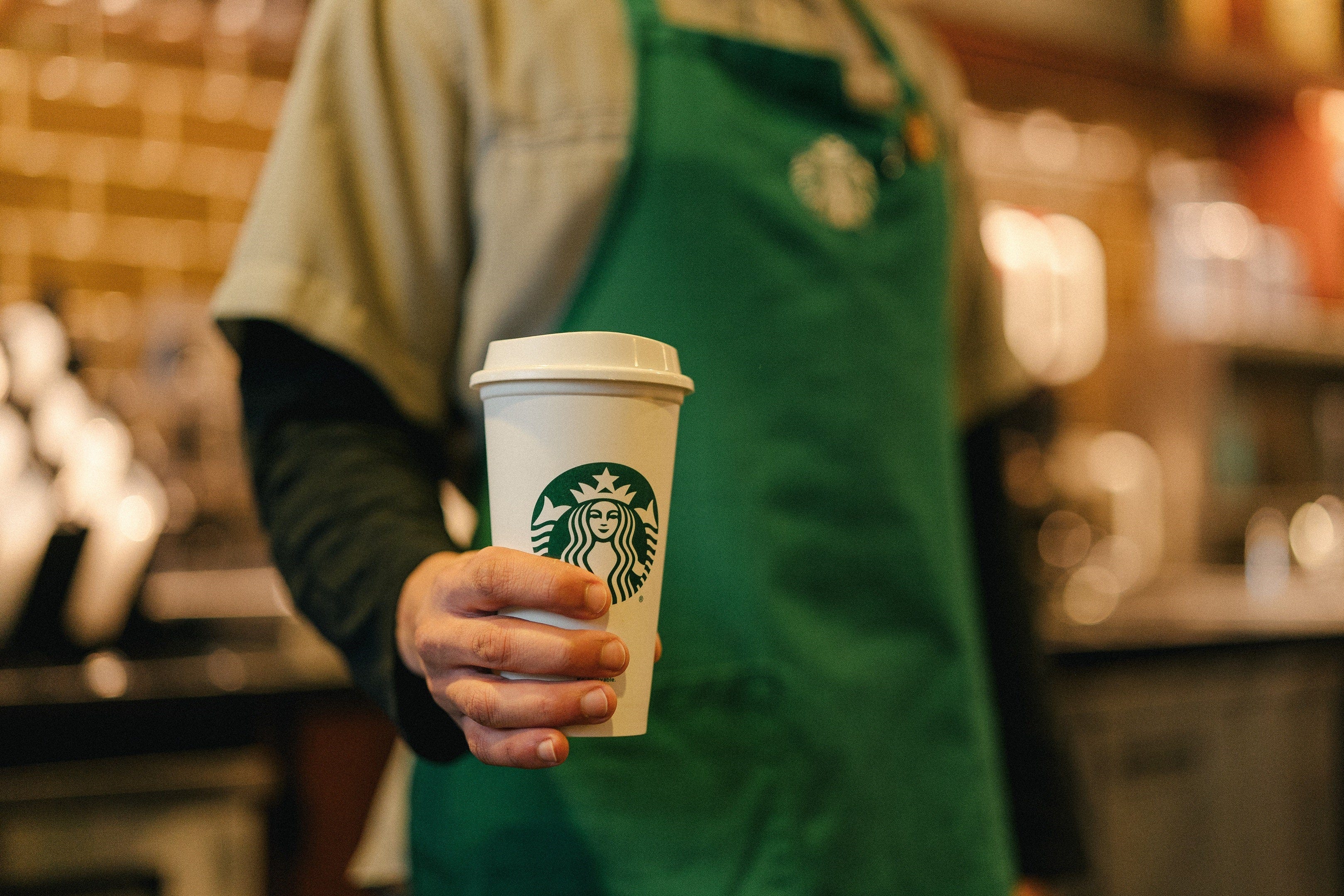 Starbucks, the world’s largest coffeehouse chain, announced that U.S. customers will soon be required to wear facial coverings inside its stores.

The creator of a viral GoFundMe campaign that raised more than $100,000 is being sued by a California woman who shamed a barista online for asking her to wear a mask inside a Starbucks store in San Diego.

Matt Cowan created the “Tips for Lenin” GoFundMe last summer after Amber Gilles, a yoga instructor, accused a Starbucks barista of refusing her service for not wearing a mask.

Gilles’ June 22 Facebook rant about Lenin Gutierrez prompted an outpouring of money and support for the barista.

“Meet lenen from Starbucks who refused to serve me cause I’m not wearing a mask. Next time I will wait for cops and bring a medical exemption,” Giles wrote in the now-removed post.

Last July, Gilles asked Cowan for half of the $105,445 raised. Last week she filed a lawsuit against Cowan and his media company, Mercy Agency, LLC, for “violation of her right to publicity,” “misappropriation of her name and likeness,” and “false light invasion of privacy.”

Mask compliance has sparked debates throughout the coronavirus pandemic after Americans received mixed messages from authorities early on over whether they should wear face coverings in public places.

Local governments can decide what safety measures to impose on businesses, but individual businesses can institute further restrictions.

Cowan told USA TODAY he wasn’t surprised by the lawsuit. He says Gilles threatened to sue him last summer if he didn’t give her half of what was raised on GoFundMe.

“I was surprised that she found a lawyer to take the case,” he said.

In a statement to USA TODAY, Gilles, who lives in San Diego, said she’s received threats on Facebook and her photography website was hacked. She also said she and her fiance have received calls in the middle of the night and have been “harassed by crazy people.”

The case could be thrown out under California’s anti-Strategic Lawsuit Against Public Participation law, according to Eric Goldman, associate dean for research and a professor at Santa Clara University School of Law. The state law is designed to prevent lawsuits that discourage speech about issues of public significance.

“The publicity rights are limited by the First Amendment and I think that the First Amendment ought to apply here,” Goldman told USA TODAY. “I really think it will be an easy case. That there was no way to tell the barista’s story without talking about what happened.”

Gilles started her own GoFundMe campaign July 2 titled “Redress Defamation of Character” and raised $5,695 of the $8,000 goal as of Thursday.

“I have been attacked by liberals the organizations who form many Facebook hate groups, I am silenced on media platforms and censored and now I have to be careful about what I say for court,” Gilles said on the campaign page.

Cowan, who lives in Irvine, California, has launched a new GoFundMe campaign to help with legal fees. As of Thursday evening, he had raised nearly $17,700.

“I think everybody is able to see the outlandishness of this suit and, as a result, are willing to help with any of the fees that I’m incurring or any future expenses I may have,” he said.

Despite the legal headaches, Cowan said he doesn’t regret making the GoFundMe for Gutierrez and would do it again.

“Making that GoFundMe and bringing the worldwide community together helped changed someone’s life for the better,” Cowan said. “I would always choose that.”

Masks still required: Kroger, Starbucks and Target among retailers that will still require masks in Texas despite end of state mandate

Five states are rolling back mask mandates: More could be on the way. Here’s what it could mean for all of us.