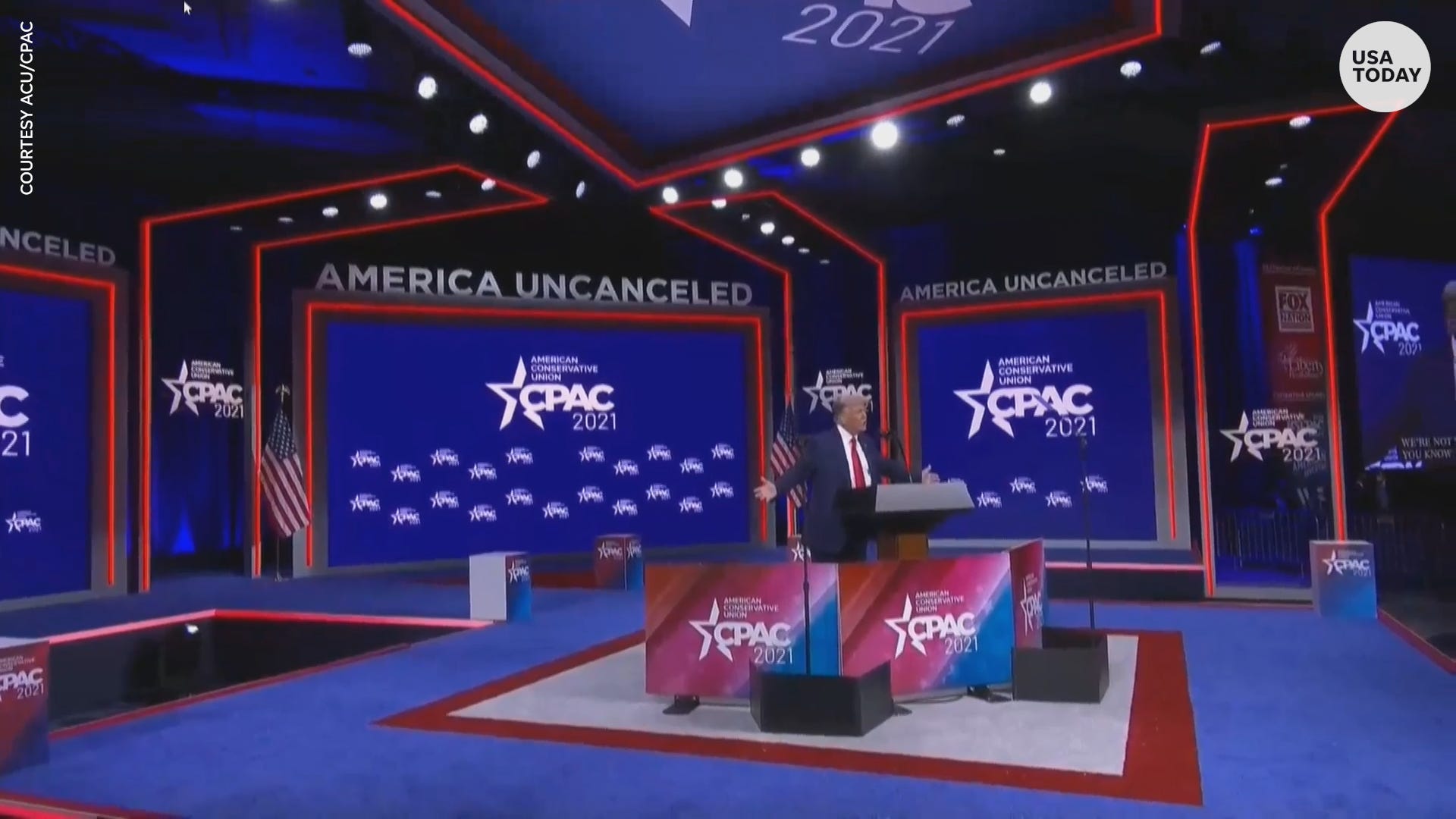 Trump asks CPAC crowd in Florida, ‘Miss me yet?’

Former President Trump speaks to a crowd at the Conservative Political Action Conference in Florida, promises not to start a new political party.

The claim: Trump made a ‘surprise visit’ to Switzerland on Marine One

Debunked  conspiracy theories that former President Donald Trump is still in power have made their way into viral videos and images claiming to show him making a “surprise visit” to Switzerland on Marine One.

A livestream on Facebook with over 17,000 views posted by CBN Breaking News on March 1 is titled, “Donald Trump Surprise Visit to Switzerland 02.03.2021.” The livestream video shows the former president arriving in snowy mountains on a military helicopter with a security team.

Other users on Facebook linked to a 19-minute March 1 YouTube video by American Events with over 1.1 million views that shows similar footage and is titled “Trump Surprise Visit to Switzerland.”

Screenshots from the video were posted with the caption, “Donald Trump surprise visit to Switzerland today on marine 1….interesting.”

The video being used to claim that Trump made a surprise visit to Switzerland in March 2021 is actually a clip from 2018, when Trump visited Davos for the World Economic Forum, an annual meeting of world leaders and elite business executives.

Footage of Trump arriving in Davos was posted to YouTube in January 2018 by the Associated Press with the caption, “US President Donald Trump arrived in the Swiss Alps to attend the World Economic Forum.”

Other videos of Trump’s arrival in Switzerland that match the one seen in the Facebook claims were also shared on Jan. 25, 2018, by swissinfo.ch and Euronews.

Trump’s 2019 trip to Davos was canceled due to an ongoing partial government shutdown, however, he returned in January 2020 amid his first impeachment trial.

When asked this January if Trump would be invited back to Davos, World Economic Forum founder and executive chairman Klaus Schwab said, “I’d have to go into a quiet room and think about it. If I came out, the answer would probably be ‘no,'” Bloomberg News reported.

Claims that Trump still has access to military power or that President Joe Biden’s inauguration was fake have been previously debunked by USA TODAY.

The claim that former President Donald Trump made a surprise visit to Switzerland in March 2021 on a military helicopter is FALSE, based on our research. The footage used in the claim is from Trump’s 2018 arrival in Davos for the annual World Economic Forum. Trump has not visited Davos for the World Economic Forum since 2020 and WEF founder and chairman Klaus Schwab said it is unlikely for him to be invited back.

Thank you for supporting our journalism. You can subscribe to our print edition, ad-free app or electronic newspaper replica here.

Our fact check work is supported in part by a grant from Facebook.