Seven races, all previewing Dubai World Cup night, comprise the Super Saturday card March 6 at Meydan Racecourse with the full expectation that this year’s preview actually will lead to the big event.

Things were well teed up a year ago for Super Saturday only to have the first wave of the COVID-19 pandemic roll across the Middle East, forcing cancellation of the entire World Cup program, temporarily stranding some of the world’s top horses with nowhere to run and nowhere to go.

The night’s feature, the Al Maktoum Challenge R3 Sponsored By Emirates Airline (G1) at 2,000 meters (about 10 furlongs) on the dirt, is one of the most competitive races on the card. Salute The Soldier, Thegreatcollection, and Secret Ambition, all have major claims among 11 entries.

Salute The Soldier, a 6-year-old Sepoy gelding, was a 5 1/2-length winner of the one mile Burj Nahaar (G3) on the 2020 Super Saturday card and likely would have been among the favored in the subsequently canceled Godolphin Mile Sponsored By Mohammed Bin Rashid Al Maktoum City-District One (G2). He has progressed smoothly through three starts this campaign, winning the 1 3/16-mile Al Maktoum Challenge Round 2 Sponsored By Emirates Airline (G2) in his last start.

“That was a new trip last time, and he stayed well, suggesting the extra 200 meters will not be an issue,” said jockey Adrie de Vries of Salute The Soldier. “He seems in great form, and it is exciting to, hopefully, be involved with a genuine Dubai World Cup prospect.”

Thegreatcollection, a 7-year-old Saint Anddan gelding, was second in both Round 1 and Round 2. Secret Ambition, an 8-year-old Exceed And Excel gelding, won the one mile Firebreak Stakes Sponsored By DP World UAE Region (G3) in his last outing.

Dubai Millennium in 2000, Street Cry two years later, and Electrocutionist in 2006 all moved along from victories in Round 3 to win the World Cup. The race has been less a predictor in recent years.

Dubai Millennium, Street Cry, and Electrocutionist all were trained by Saeed bin Suroor for Godolphin. This year’s Godolphin hope in Round 3 is Dubai Mirage, an outsider on form with two seconds in turf handicaps earlier in the Carnival schedule.

“We wanted to give him a chance on the dirt,” bin Suroor said. “This will be a very tough race but he has been going nicely at home.”

The rest of the program:

Al Suhail and Lord Glitters top a roster of 11 for this 1,800-meter turf test, a prep for the Dubai Turf Sponsored by DP World (G1) at the same conditions. 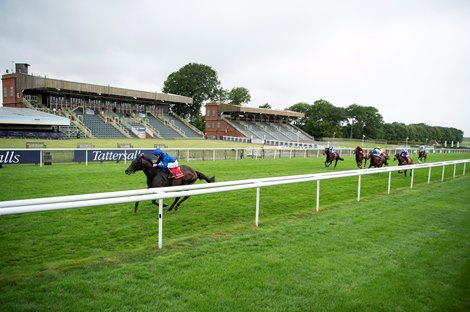 Al Suhail, a 4-year-old Dubawi colt trained by Charlie Appleby, looked like a hot prospect for the 2020 Classics but finished well up the track in the QIPCO Two Thousand Guineas (G1) and made only one other start, winning at Newmarket in July, before being put away for the season.

“We are hoping that he can run a decent race with an eye on going on to the Dubai Turf later in the month,” Appleby said of Al Suhail, “So we expect him to come on for the run, but we have no doubt about his ability to run at this level.”

Lord Glitters, an 8-year-old Whipper gelding, has traveled the world, with stops for big races at Woodbine, Santa Anita Park, and Bahrain and has a first and third in previous 2021 Carnival starts.

The Al Bastakiya is a last local chance for 3-year-olds to sneak into the UAE Derby Sponsored by Emirates NBD (G2) on World Cup night. There are some candidates in this field of 12 to do just that. 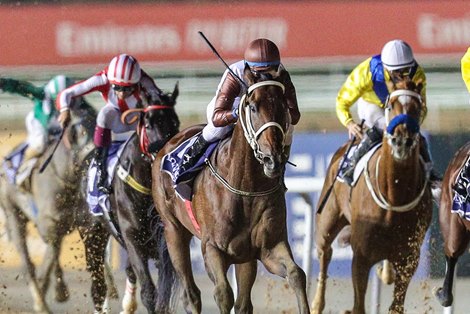 El Patriota, by Ecologo, won the Al Bastikaya Trial Presented by Longines Jan. 28 in his first start at Meydan and represents a successful, albeit limited, Uruguayan invasion of Meydan during the Carnival.

Trainer Antonio Cintra Pereira, discussing his effort in the trial, said, “El Patriota ran very well and I think he liked the track. The race has allowed him to remain fit. He could breeze very fast, and he did very well. I expect a very good race from him. I hope we get a place in the UAE Derby.”

Godolphin runners have dominated the 2021 Carnival (17 winners from 96 starts for a 17.7% strike rate) but are in relatively short supply on Super Saturday. That rule takes a holiday in the Nad Al Sheba as three of the better-fancied among the 14 entries come from Sheikh Mohammed’s stables. Royal Crusade, a group 3 winner in France in the autumn; Man of Promise, an Into Mischief  colt with a win at the course and distance Feb. 4; and Final Song all merit consideration.

Sheikh Hamdan is represented by seven of the 14 but most are at long antepost odds on the international markets.

Blue Point won this in 2019 in advance of victory in the Al Quoz Sprint Sponsored By Azizi Developments (G1) the same year.

The Mahab Al Shimaal is a prelude to the Dubai Golden Shaheen Sponsored by Gulf News (G1) at the same conditions on March 27. Muarrab won both in 2016, defeating X Y Jet by a neck in the big race. This one is competitive with 13 set to start and little to separate the five or six most promising.

Among the likely are two from trainer Doug Watson’s barn: Premier Star, a 4-year-old, Kentucky-bred Tapiture  colt who was last seen winning the Jersey Shore Stakes at Monmouth Park Oct. 14, and Canvassed, who posted a course-and-distance win Feb. 4.

Watson said Premier Star, who drew gate No. 5, is “ready to go” after some good work in the morning. Canvassed got No. 12 but “has enough tactical speed to put himself into the race.”

North America is 9 years old now and has not run since finishing 13th in the inaugural Saudi Cup Feb. 29, 2020. Nonetheless, the Dubawi gelding gets another chance in the Burj Nahaar and can’t be eliminated entirely, if only on back class. He won the 2018 Al Maktoum Challenge Round 3 by 5 1/4 lengths over the mighty (except at Churchill Downs) Thunder Snow.

Also of note in the Burj Nahaar: Midnight Sands, a 5-year-old Speightstown horse, winner of five in a row at Meydan but last seen finishing well up the Keeneland track behind Sleepy Eyes Todd in the Lafayette Stakes Presented by Keeneland Select on the Breeders’ Cup World Championships undercard Nov. 7, and Kimbear, a 7-year-old by Temple City , who won this race in 2018 and finished fifth last year.

Heavy Metal in 2018 was a dual winner of the Burj Nahaar and later the Godolphin Mile on World Cup night.

Godolphin also is well represented in this marathon with four of the seven stayers. The race is 2,410 meters (just more than 1 1/2 miles) on the turf and warms the marathoners for the 3,200-meter (about two miles) Dubai Gold Cup Sponsored by Al Tayer Motors (G2) on World Cup night.