An oceanfront property in Palm Beach, FL, associated with the Trump family has splashed onto the market for a hefty $49 million.

An oceanfront Palm Beach, FL, property associated with the Trump family has splashed onto the market for $49 million, according to Bloomberg News.

The beachfront abode had been owned by Maryanne Trump Barry, a retired federal appeals judge and the sister of former President Donald Trump. She purchased the place in 2004 for $11.5 million.

Barry initially listed the home in late 2017 for $23.9 million, but ultimately decided to keep it in the family. She sold it in May 2018 for a discounted $18.5 million, to an entity managed by her nephews, Donald Trump Jr. and Eric Trump.

After acquiring the home in 2018, the Trump siblings embarked on a renovation, updating the mansion’s dated interiors and furniture. They then put the place on the rental market to the select few tenants able to pay $100,000 a month.

But perhaps the red-hot housing market in Palm Beach was just too tempting for the Trumps to sit on the sidelines. The listing also follows a January report that the bank that financed the brothers’ purchase in 2018 has decided not to do business with the Trump family any longer.

So now, the property is for sale again—this time with a hefty markup. 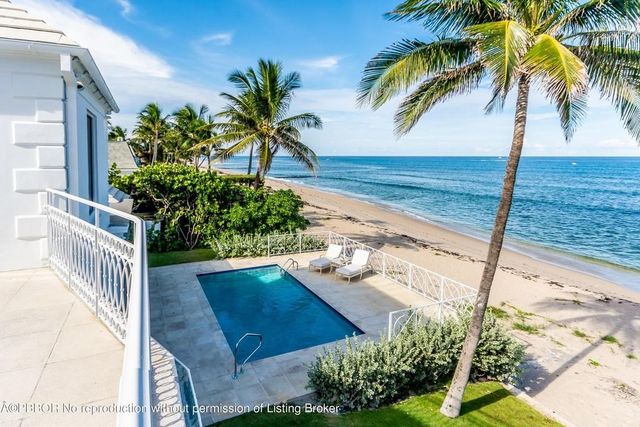 Trump-linked property on the market in Palm Beach 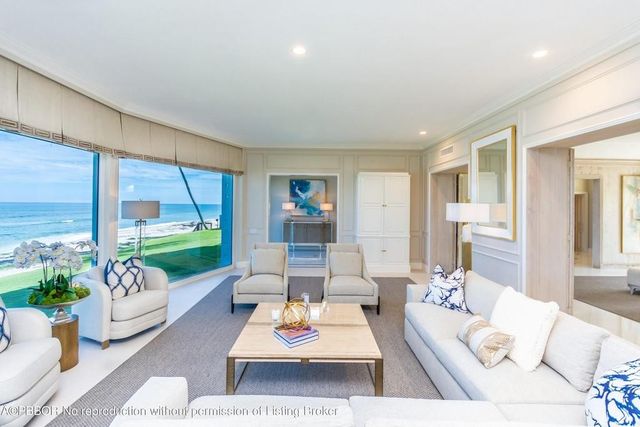 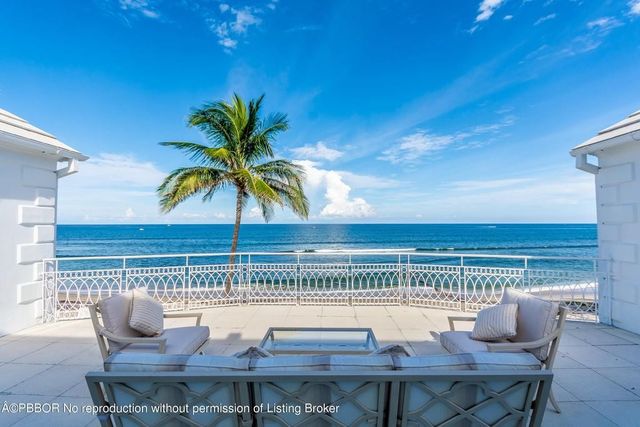 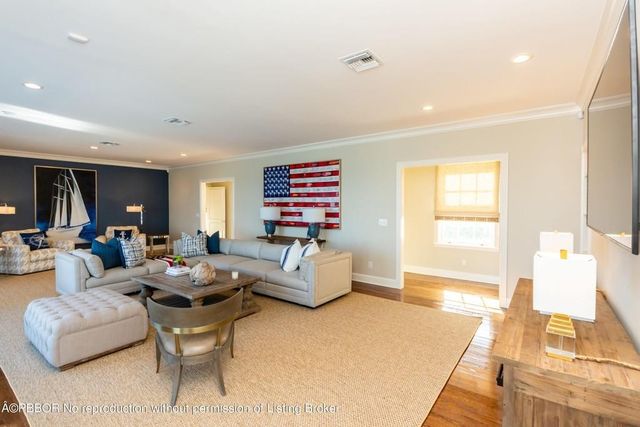 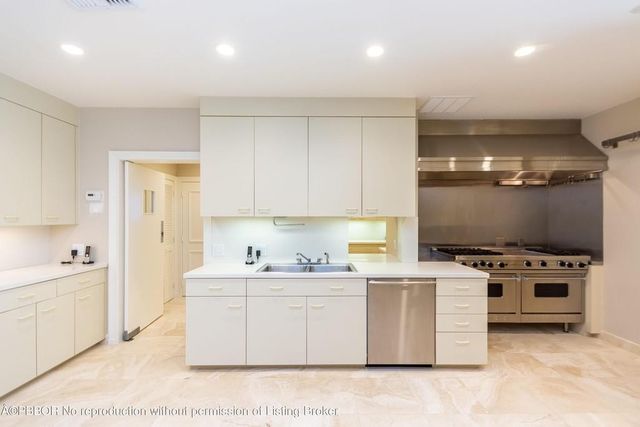 Built in 1956, the Bermuda-style home features a coveted 194 feet of beach frontage.

Watch: This Is Where Donald Trump Grew Up–and You Can Stay There, Too

Walls of glass look out to Atlantic Ocean views. The modernized white kitchen features two ovens and a double sink.

The outdoor space is a true highlight, with a waterfront balcony, patio, and pool.

The exterior has also undergone a refresh and is now painted a bright white.

The home sits across from the former president’s private club, Mar-a-Lago, where he and his wife, Melania, decamped after leaving the White House.

Another perk for the buyer: The home comes with a Mar-a-Lago club membership. The well-placed property is also within close proximity to other Trump family members, some of whom own homes around Mar-a-Lago, the private beach club Trump bought in 1985.

The former president converted the property into a private club in the mid-1990s.

Away from the posh environs of Palm Beach, Trump family members have been busy with other real estate transactions in the Sunshine State.

Ivanka Trump and Jared Kushner, the former president’s daughter and son-in-law, have reportedly bought a 2-acre waterfront lot on Indian Creek Island for $32 million. Known as Billionaires Bunker, the elite island is close to Miami and offers a secure and picturesque locale. In the short term, the couple have rented a luxury condo in Miami.

As for Donald Trump Jr., he and his partner, Kimberly Guilfoyle, also reportedly picked up adjacent properties going for millions in the posh Admirals Cove community in Jupiter, FL, about 20 miles from Mar-a-Lago, the Real Deal reports.

While anyone with the funds could surely scoop up the Trump-owned investment in Palm Beach, it would be quite the prize for a supporter of the former president, if not for someone who already has Trump in their name.

Lawrence Moens with Lawrence A. Moens Associates holds the listing.