Florida managed to avoid a season sweep against Kentucky on Saturday, scoring a 71-67 win at Rupp Arena to end a five-game losing streak in the rivalry. The Gators (13-6, 9-5 SEC) managed to overcome a one-point halftime deficit against the Wildcats (8-14, 7-8 SEC) in a back-and-forth game that featured 14 lead changes and nine ties.

Despite a strong offensive performance led by Tre Mann, sloppiness in the second half allowed UK to keep it close despite its own mistakes. Kentucky managed to grab the lead with under four minutes to play, but the Gators retook it and made their free throws down the stretch to close out the win.

Florida earned its fourth Quadrant 1 win of the season, making its total record in those contests 4-3.

The Gators may be all but a guarantee to make the NCAA Tournament at this point, but their seed is still very much in question. This victory could go a long way in helping secure a more beneficial position come March. With that in mind, here are three takeaways from the game. 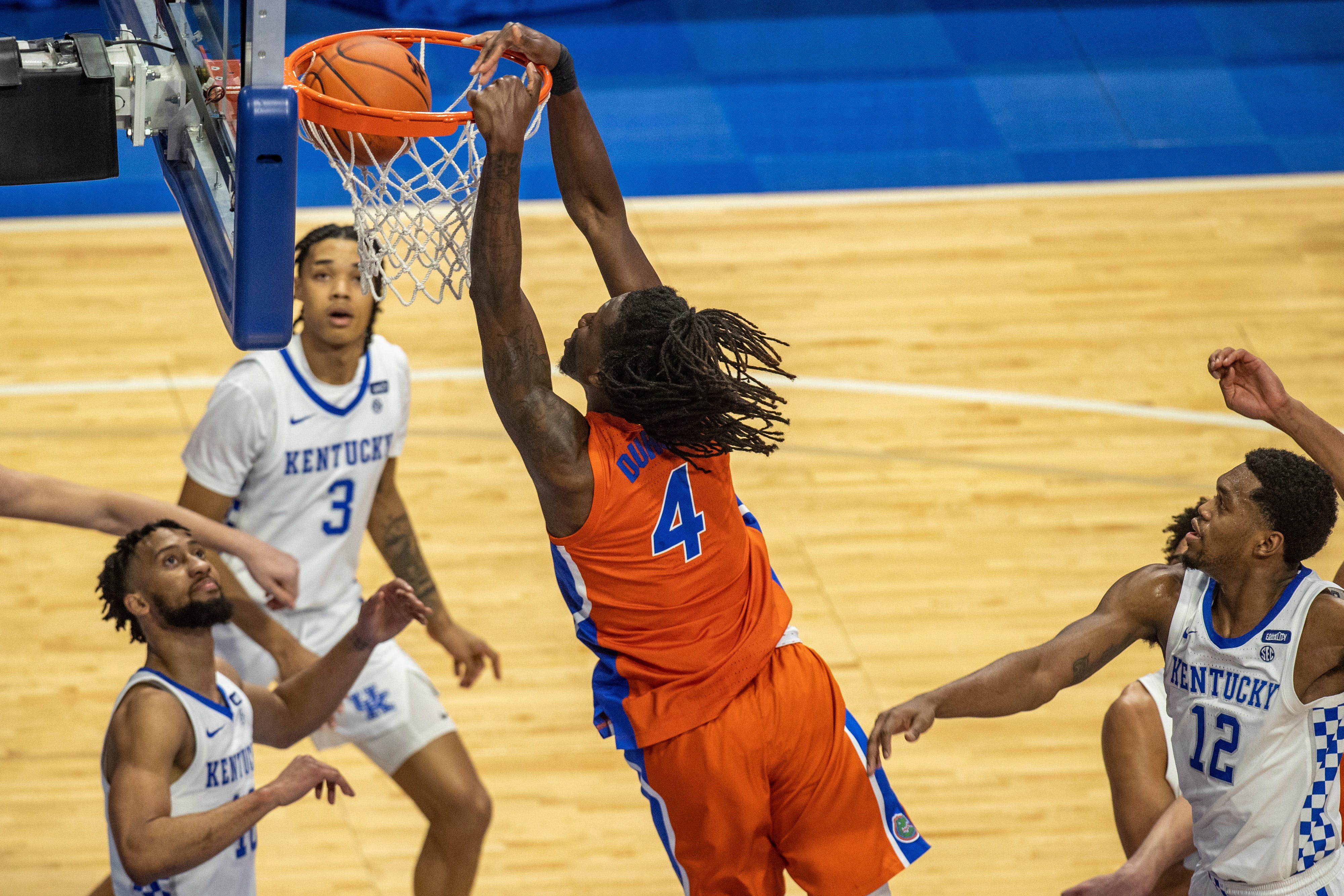 The Gators have been very strong offensively in recent games, and that trend continued on Saturday. Mann led the team in scoring with 21 points, following up a big game in the last outing against Auburn. As a team, Florida shot 52.1 percent from the field. This game featured the usual couple of scoring droughts, but UF was able to connect on shots throughout the game.

Of course, the performance was far from perfect. The final margin could have been much larger if it weren’t for some sloppiness, especially in the second half. The Gators turned the ball over 16 times on Saturday which resulted in 22 Kentucky points.

It had four players score in double figures, with Colin Castleton (14 points), Tyree Appleby (11) and Anthony Duruji (10) joining Mann. That’s certainly encouraging to see, and against a physical UK team, Florida responded well. But against better teams than the Wildcats, making that many mistakes will likely cost UF a win.

2 The Gators held their own on the interior 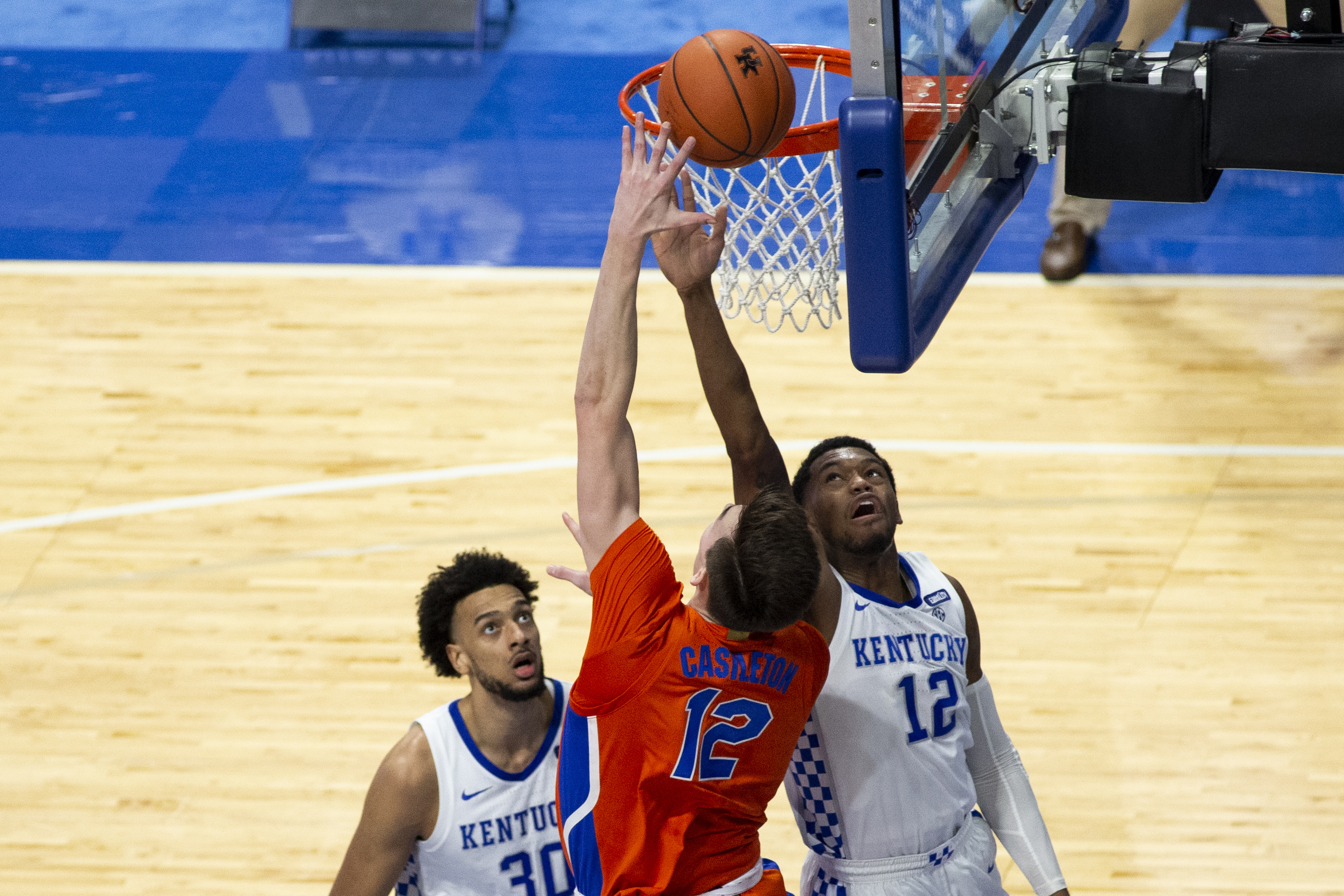 In Kentucky’s 18-point win in Gainesville back in January, Florida was physically outmatched all game. This time around, it fared much better.

Castleton had a bit of a slow start (though he finished with a high shooting percentage to go with five rebounds), but Duruji helped make up for it, scoring all 10 of his points in the first half.

It wasn’t exactly the dominating performance from Castleton we’ve seen at times this season, but UF outrebounded the Wildcats by two, in large part due to Mann’s eight boards. Kentucky forward Isaiah Jackson found some success, scoring 11 points on 4-of-4 shooting, but the Wildcats’ other starting forward, Oliver Sarr, managed just six points. Forward Jacob Toppin also scored 11 coming off the bench.

Kentucky’s talented guard duo of Davion Mintz (21 points) and Brandon Boston Jr. (13 points) gave Florida troubles, and perimeter defense continues to be one of this team’s most glaring concerns. But against a Kentucky team that likes to attack the basket, the Gators played well. 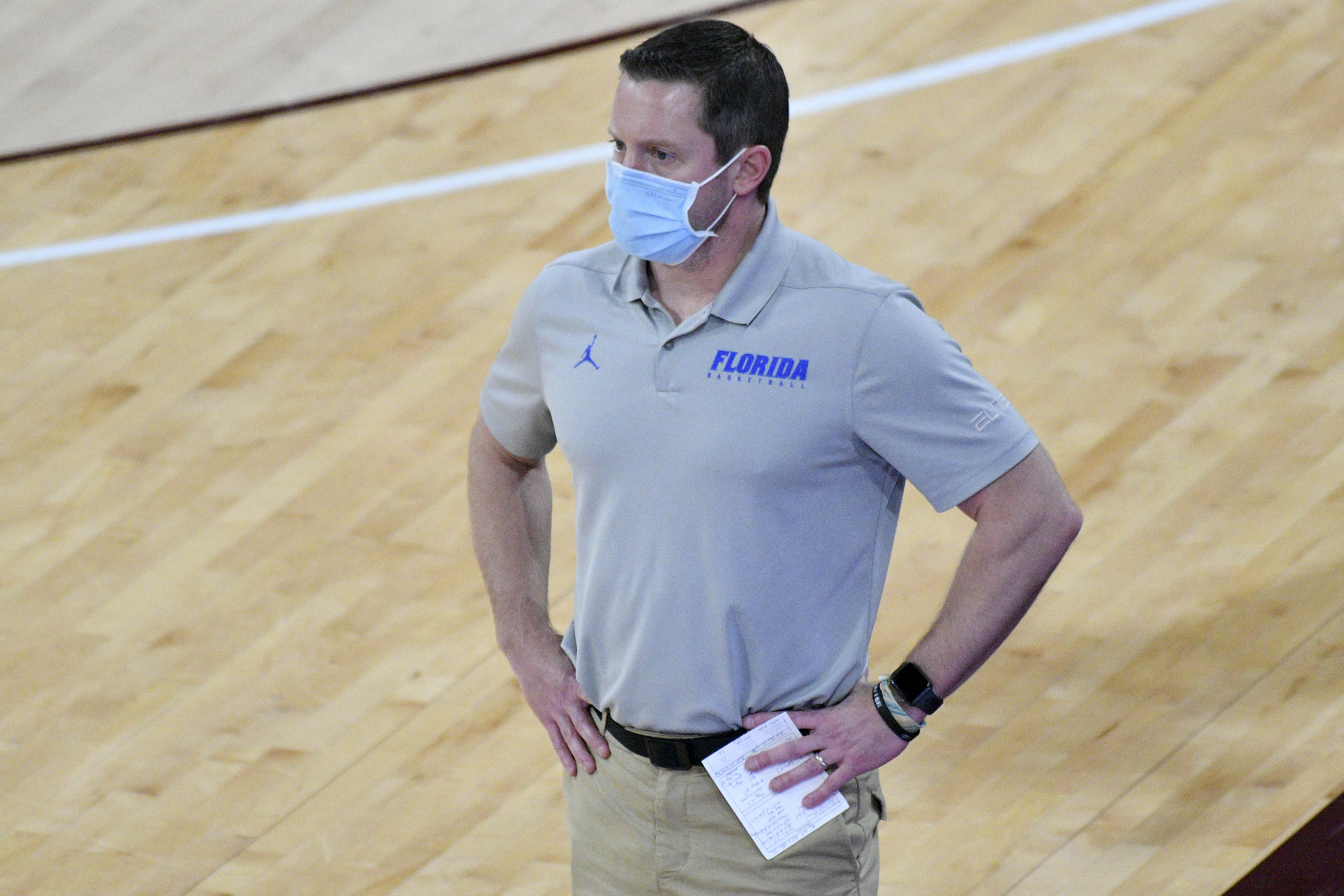 Had the Wildcats won on Saturday, they would have pushed their winning streak over the Gators to six games. That would have been the longest streak in the series since UK rattled off eight wins in a row from 2002-05.  Since then, it has had three separate five-game win streaks.

Kentucky has given coach Mike White headaches throughout his Florida tenure, but dropping a sixth-straight in a season sweep against a down Wildcats game would have been a tough pill to swallow. Instead, the Gators earned a win against their rival for the first time since 2018.

This game may not move the NCAA Tournament needle too much for Florida (only time will tell) but it should give it a nice boost of confidence heading into two very difficult games against Missouri and Tennessee to close out the regular season.