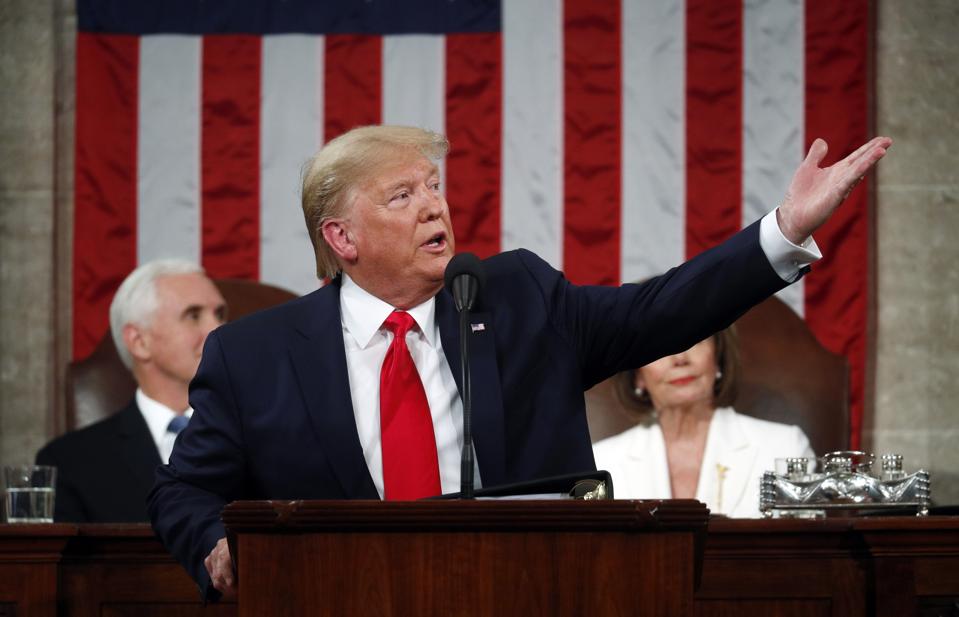 The President of the United States makes $400,000 annually, before taxes. During his 2016 campaign, Donald Trump promised to donate his salary if elected President. It was a promise, even his critics acknowledge, that Trump was keeping.

The presidential salary is a requirement of the U.S. Constitution in Article II, Section 1, Clause 7 and the specific amount is set by Congress. Presidents are not legally allowed to decline their salary, but can donate it to organizations of their choosing.

Trump is the first president since John F. Kennedy to donate his salary. Both John F. Kennedy and Herbert Hoover donated their presidential salaries to charitable causes. According to congressional records, George Washington initially declined his $25,000 salary, but Congress wouldn’t let him.

In subsequent press events, Trump presented personal checks for an even $100,000, indicating he was dipping into his own personal finances to make up the difference himself.

President Trump donated at least $1.4 million of the $1.6 million he earned as president to various federal agencies. Still in question, however, are the donations for the third and fourth quarters of 2020. Our auditors at OpenTheBooks.com verified fourteen of sixteen quarterly donations over four years.

We reached out to Trump’s spokesman to find out the details. We’ll update the piece if and when they provide any new information on the third and fourth quarter donations.

Q1: $78,333 to the Department of Interior’s National Park Service (NPS) for maintenance backlog at historic battlefields. Specifically, the donation went to restore the Newcomer House on the Antietam battlefield and for the replacement of its deteriorated rail fencing.

Q2: $100,000 to the Department of Education to host a free, two-week space camp for 30 low-income, middle school girls. Education Secretary Betsy DeVos received a $100,000 check in 2017, and announced a year later that the President’s donation had doubled the space camp’s participants.

Q3: $100,000 to the Department of Health and Human Services (HHS) for “the planning and design of a large-scale public awareness campaign about the dangers of opioid addiction.”

Q4: $100,000 to the Department of Transportation to support its programs to “rebuild and modernize our crumbling infrastructure.”

Q1: $100,000 to the Veteran’s Administration for “caregiver support in the form of mental health and peer support programs, financial aid, education training, and research.”

Q2: $100,000 to the Small Business Administration earmarked for a seven-month training program tailored for veteran entrepreneurs.

Q4: $100,000 to the Department of Homeland Security. Trump tweeted, “While the press doesn’t like writing about it, nor do I need them to, I donate my yearly Presidential salary of $400,000.00 to different agencies throughout the year, this to Homeland Security. If I didn’t do it there would be hell to pay from the FAKE NEWS MEDIA!”

Q3: $100,000 to the HHS Office of the Assistant Secretary of Health to “the ongoing fight against the opioid crisis.”

Q2: $100,000 to the NPS in July 2020 to help pay for repairs on national monuments. “I promised YOU I would not take a dime of salary as your President,” Trump tweeted. “I donate the entire $400,000! It is my honor to give $100,000 to @NatlParkService to help repair and restore our GREAT National Monuments. So important to our American History! Thank You!!”

Alexander Hamilton in the Federalist No. 73, explains the intent for the President’s salary and its inability to be modified while the President is in office.

Forbes: explains how the President can write off his donations.