M.L.B. Pushes Incentives to Encourage Players to Get Vaccine

US reacts to cyberattack on Iran’s nuclear site

Air Force drones have located a new oil slick that is currently located some 150 km west of Israel’s shores but appears to be moving away from them, the Ynet news site reports.

Earlier today, Defense Minister Benny Gantz approved the use of Air Force drones to locate the oil slicks at sea, at the request of the Environmental Protection Ministry.

A storm more than a week ago threw tons of sticky, black tar onto the beaches of the Jewish state, which apparently leaked from a ship. 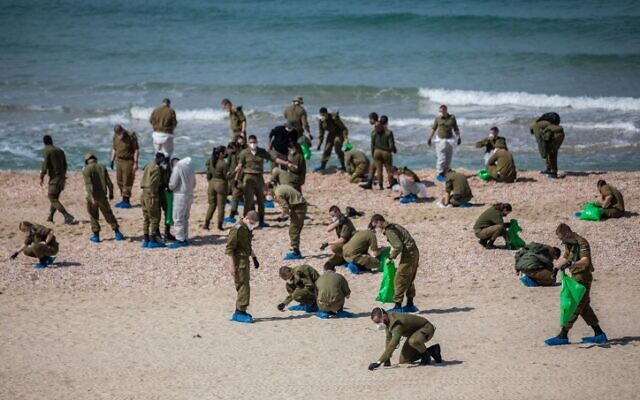 The government on Sunday advised Israelis to avoid all Mediterranean beaches from north to south due to the pollution. The ministry reiterated the warning Thursday, noting that more tar was still washing up on the coast, while the cleanup is ongoing.

On Wednesday, as the cleanup gathered pace, the Health Ministry ordered a precautionary ban on the sale of fish and other seafood from the Mediterranean.