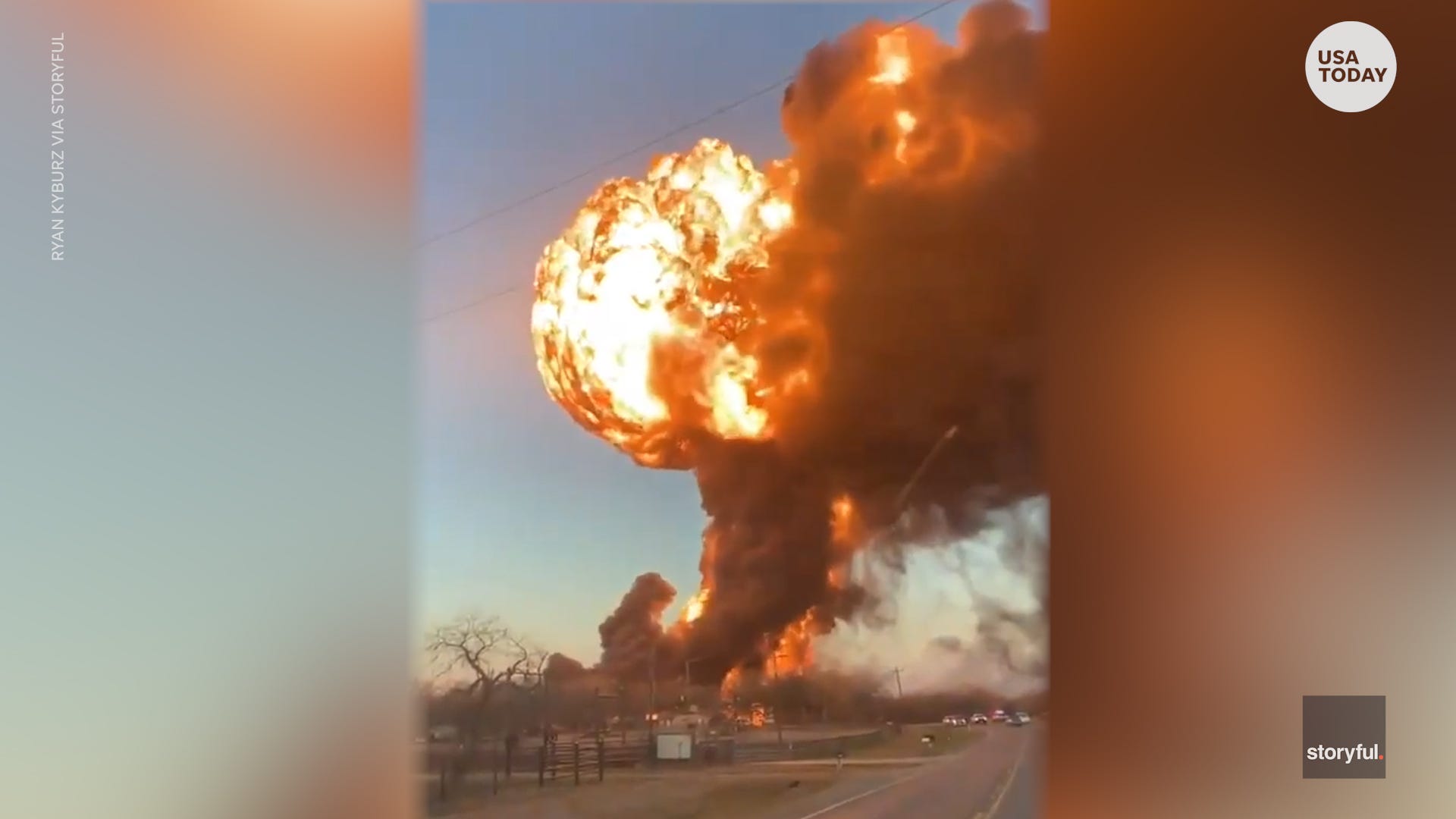 A freight train carrying coal and gasoline collided with a tractor-trailer that ran a railroad crossing Tuesday morning in central Texas, setting off a fiery explosion that darkened skies with smoke.

Nobody was injured in the collision in Cameron, about 130 miles south of Dallas, authorities said, but the resulting explosion captured on video by passersby and residents was a spectacle.

“Fortunately, everyone was able to escape before the explosion,” Texas Department of Public Safety Press Officer Brian Washko said, per the Cameron Herald.

At least one barn burned down and some nearby homes suffered heat damage, Cameron Fire Chief Henry Horelica said in a press conference, as reported by broadcast station KVUE.

The semi-truck didn’t slow as it approached the railroad crossing, although the crossing arms were down and another vehicle was already waiting, state officials said at the press conference.

The truck driver managed to avoid colliding with the other vehicle, but then a BSNF train smashed  into the truck, causing a huge explosion, authorities said.

Milam County Sheriff Chris White said the mixed freight train was carrying coal and gasoline in several cars and that the back of the train contained hazardous material that didn’t spill after the collision.

“There’s no more threat at this point,” White said.

Multiple fire departments were trying to contain the fire prior to putting it out by late Tuesday, Horelica said.