Two Tennessee lawmakers have introduced a bill that would allow fingerprint technology to be used for voter identification purposes, potentially adding an unprecedented level of vetting in the U.S. as mainly Republican-controlled legislatures across the country push for tighter restrictions when it comes to voting while Democrats largely fight the measures. 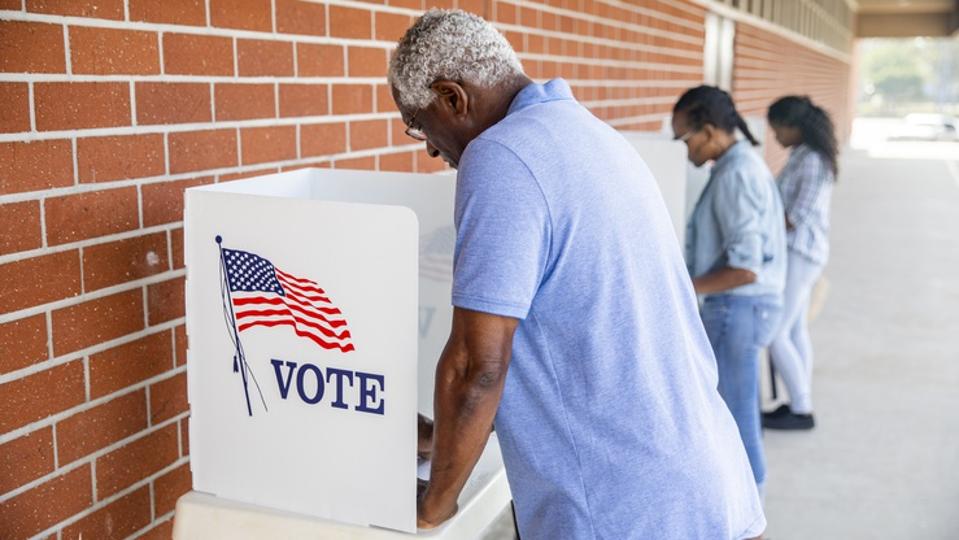 If a Tennessee bill becomes law, fingerprint technology could become part of the voting process at … [+] polls there.

The bill was filed in the Tennessee House by state Rep. Susan Lynn (R), with a senate version introduced by state Sen. Frank Niceley (R).

In an interview with the publication Main Street Nashville, Lynn cited worries of voter fraud during the 2020 presidential election as a reason to use fingerprint verification, even though there was no widespread fraud during the election.

“Right now, the thought is to just open it up to allow that verification in the event that there is a bona fide question,” Lynn told Main Street Nashville. “The next step might be taking fingerprints when we register voters.”

At this point, it’s unclear how almost anything in a potential system would be implemented. It’s not defined in the bill under what scenario a voter would be asked to prove their identity through fingerprint, and what the consequences might be for a failure to match. The venture would also surely be expensive, but it’s unknown at this early stage how much implementing a system might actually cost.

Tighter voting restrictions are being enacted across the country in what appears in large part a response to former President Donald Trump’s baseless claims of voter fraud in the presidential election. Late last month, an analysis by the Brennan Center for Justice found there were 106 bills to restrict voting access pending in 28 states. In one of those states—Georgia—the state senate passed a bill Tuesday that would require a photo ID in order to receive an absentee ballot, rather than just a signature. Lawmakers in Florida are also discussing the potential of putting a fingerprint verification system in place there. Congressional Democrats, on the other hand, are opposed to increasing restrictions and support passing protections such as the John Lewis Voting Rights Act. Critics on the left argue that new restrictions will depress turnout among vulnerable and historically marginalized groups, like African-Americans.

Fingerprint voter ID systems are the most popular type of biometric voting systems—which use physical features to authenticate—in the world. Fingerprint systems have actually been taken up in dozens of countries, mainly in Africa and Latin America, but have not been adopted in the U.S. or much of Europe for voting.