Pope to visit Iraq church damaged by IS militants

Is there any chance Wizards star Bradley Beal could join the Celtics?

Coronavirus: Europe in vaccine race to save summer

Disabled Americans had less trouble voting in the 2020 elections than in prior years, according to research published last week by the U.S. Election Assistance Commission.

This means one in nine disabled respondents said they had trouble voting in 2020, according to the report.

Lisa Schur, co-researcher of the report and co-director of the Program for Disability Research at Rutgers University’s School of Management and Labor Relations, told HuffPost that the improved accessibility is “really remarkable.”

“[It] says something to the efforts of the election systems commission, to states that worked on this, and certainly to disability advocacy groups that worked tirelessly on this issue,” she said. “But there is still a lot work to be done.” 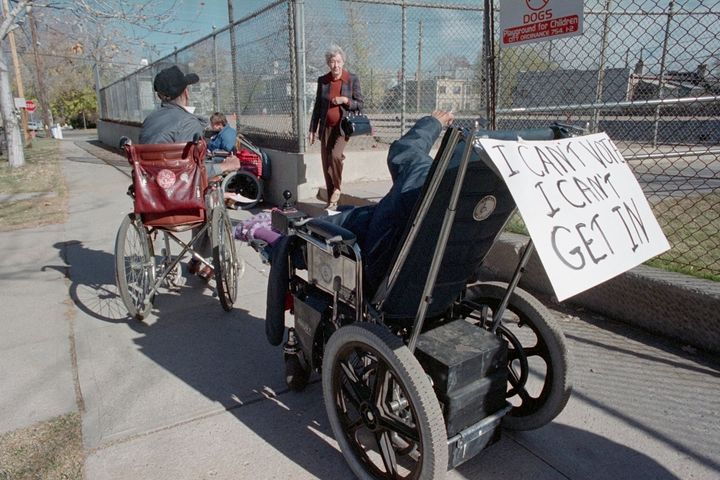 Schur emphasized that although one in nine disabled respondents reported voting with more ease, that number is still high.

“We estimate that about 19 to 20 million people with disabilities probably voted,” report co-author Douglas Kruse, who is also co-director of the Program for Disability Research, explained. “So that means 11% had difficulties. That’s 2 million people … that’s a heck of a lot of people.”

Kruse said that two major obstacles disabled people face while voting in person are difficulty waiting in line (for those with chronic pain conditions) and getting inside of polling places (for wheelchair users).

“It turns out that about half of the decrease, or half of that improvement, is due to the shift to mail-in voting,” Kruse said. “People with disabilities who would expect more difficulties at polling places, based on past experiences, were more likely to take advantage of mail ballots. But we found a decrease [in difficulties] among those who voted at polling places, and that seems to be due to actual improvements in accessibility.”

And although Schur agreed that voting by mail — which was more accessible to Americans during the 2020 elections due to the COVID-19 pandemic — “can make voting easier for a lot of people with disabilities” she stressed that mail ballots are not a “one-size-fits-all solution” for every disabled American.

Schur said that respondents with visual disabilities have a hard time reading ballots when they vote in person, and mail ballots did not resolve the issue. 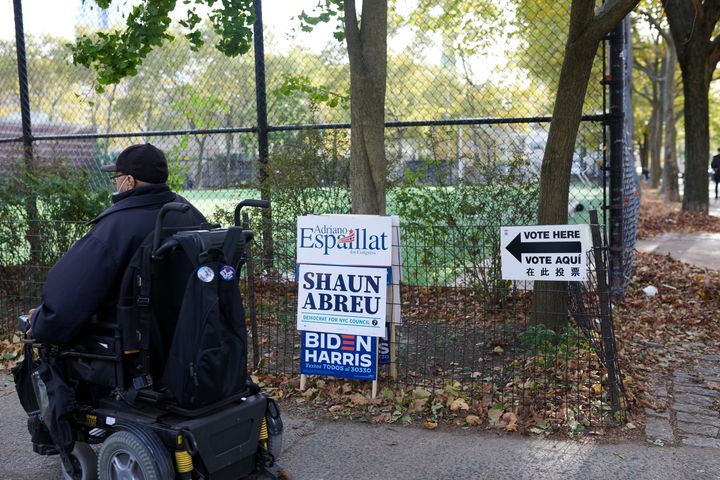 She also said that people with cognitive disabilities also have difficulty with ballots.

“I know I sometimes have trouble understanding propositions and different things on ballots,” Schur said. “I think moving more towards using plain language would be a big benefit to everyone, actually — but especially to people with cognitive and processing and visual impairments.”

Schur and Kruse also explained that nondisabled people should care about voting accessibility as much as those who are disabled.

“Presenting ballots and information in clear language benefits citizens for whom English isn’t their first language,” Schur used as an example. “And that’s a significant sector of our population.”

She also noted that the United States has an “aging population.”

“If you live long enough, you’re probably going to develop a disability,” she said.

“As we get older, making sure that polling places are accessible is going to have a wide impact for participation,” she stressed. “Even for people who don’t necessarily identify as having a disability as they get older.”

The EAC’s report also comes as Republican lawmakers in multiple states like Arizona, Florida and Pennsylvania attempt to restrict voting rights. In Arizona, state Republicans are considering proposals to limit or eliminate no-excuse absentee voting, which means any registered voter who submits an application for an absentee ballot can receive one without having to give a reason.

If bills like these are passed, they could hinder many people from voting in future elections.

“[No-excuse absentee voting] really seems to improve turnout among people with disabilities because there’s a stigma attached to having to identify yourself as having a disability,” Schur said. “But if it’s just, ‘I want one,’ or people automatically get one if they want to use it or not I think that can make a real difference.”

Stigma, or feeling like “others” in their own communities, also happens to be another reason why many disabled people who spoke with Schur and Kruse said they wanted improved accessibility at polling locations.

“It was interesting, several of them spoke really quite eloquently about the personal importance of them being seen out in the public as they went to vote,” Kruse said. [It was important to them that] they were seen participating with their fellow citizens in this ritual of democracy.”