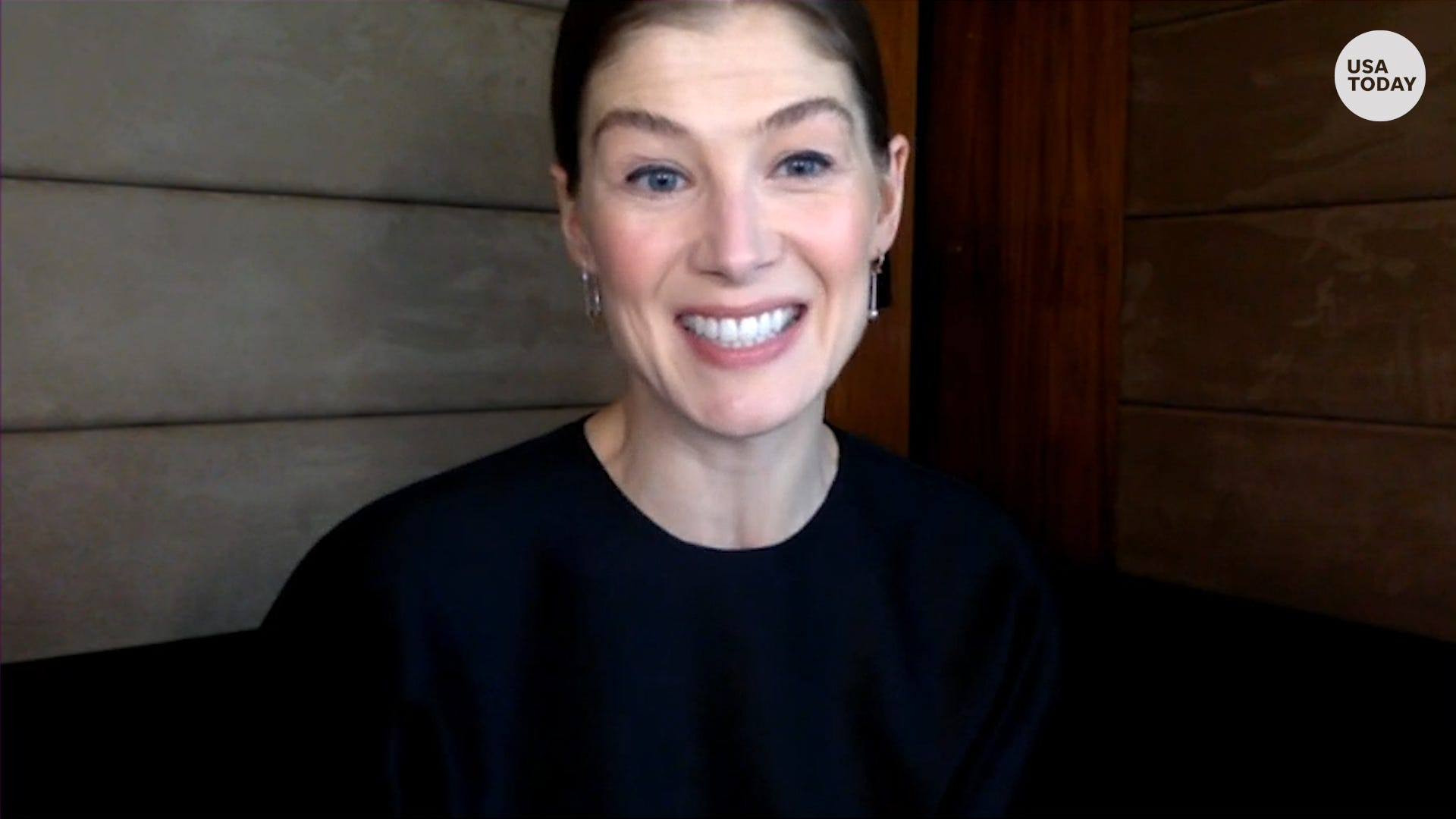 Rosamund Pike stars in the new Netflix film “I Care a Lot,” alongside Peter Dinklage and Eiza González.

Spoiler alert! The following discusses plot points and the ending of Netflix’s “I Care a Lot,” so beware if you haven’t seen it yet.

The old adage “cheaters never win” is only half right in the darkly comic crime thriller “I Care a Lot.” The bad guys do prevail, though one isn’t exactly victorious in the long run.

In writer/director J Blakeson’s film (streaming now on Netflix), Rosamund Pike stars as Marla Grayson, a conniving legal guardian who runs an operation that bilks elderly people of their money and possessions using the court system against them. She makes a bad decision with her latest victim, Jennifer Peterson (Dianne Wiest): A powerful gangster named Roman (Peter Dinklage) who targets Marla is revealed to be Jennifer’s secret son, and Roman tries to off Marla after the shady conservator forces his mom into a care facility and steals a bag full of diamonds worth millions.

‘She’s so shocking’: Rosamund Pike finds her new role of a lifetime with Netflix’s ‘I Care a Lot’

Roman captures Marla, she wants a $10 million payoff, and he has his henchmen attempt to drown her in a car. She proves hard to kill (at least in this moment) and comes back more ticked off: Marla and her partner/lover Fran (Eiza Gonzalez) capture and drug Roman, leaving him naked and comatose on an isolated road, so when he’s picked up and brought to the hospital as a John Doe, Marla wrangles her way into becoming his legal guardian.

She again asks for $10 million, with much more leverage this time, but Roman has a counteroffer she can’t refuse: They go into business together, using her money and her skills, and her conservatorship con goes national, makes her rich and puts her on the cover of magazines. Success is fleeting, though, when a man (Macon Blair) she kept from seeing his mom at the beginning of the movie has his final revenge, shooting and killing Marla in the street in front of a horrified Fran.

Netflix’s ‘To All the Boys 3’: Lara Jean and Peter’s 5 most romantic moments (spoilers!)

“I love the ending of this film because it gives you everything,” Pike tells USA TODAY. “You sort of want to see Marla win. You want to see the giddy heights of success: the wall of wards and then Grayson Guardianship tower blocks going up, and the idea of care homes all over the country with her name on them. In like a couple of years, this whole shady business is going to be washed clean and she’s going to be a pillar of industry making hefty bequests to charitable organizations. She’s going to be Saint Marla.

Playing wounded Marla was a “very interesting” exercise for Pike “because in my head, Marla never believed she was going to die,” the British actress says. “I mean, right until the point that she breathes her last, I think she still thinks she’s going to win and she’s going to get out of it. I really do.”

Blakeson feels that “people find the ending satisfying, but it leaves a bittersweet taste in their mouth because we end with the most likable character in the movie screaming in despair.”

Plus, Marla’s empire is going to be passed on to Fran and Roman, and old folks “are going to continue to be screwed over in a real way,” he says. “You can chop the head off the hydra, but there’s another one that will keep living.”

Marla’s demise is intercut with her being interviewed by a TV personality about her success. At the end, she says, “Thanks, it’s been fun,” as Marla holds on to a forced smile and you sense it faltering just as the camera cuts to black.

“She can’t maintain it because it’s not all sincere,” Pike says. “She’s a performer.”

That moment was important to Blakeson “because you see something in her, which is what you do get when you get everything you want?” the director says. “You have a great life, but then what now? The question’s answered for her, but also hopefully it’s answered for the audience. Even though what you’re feeling now feels like you’re happy with this ending, maybe it’s not so simple.”