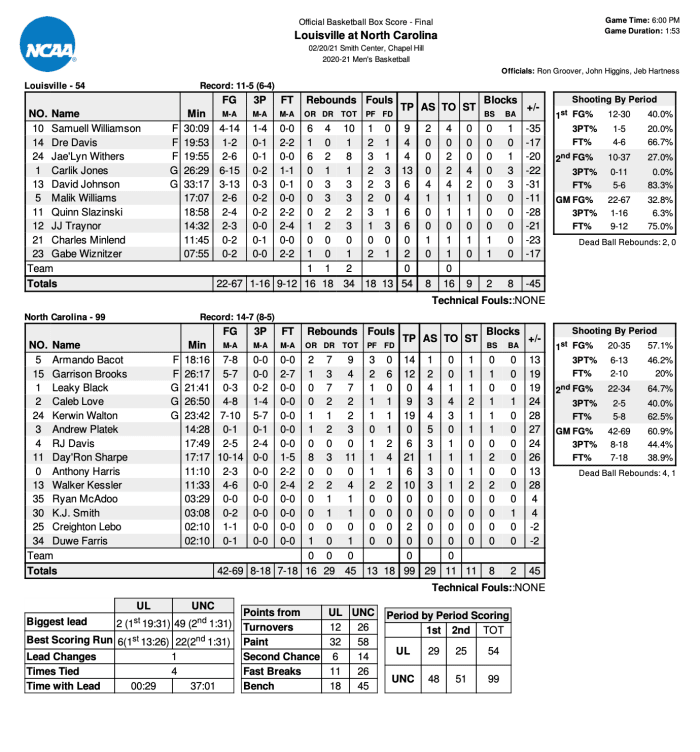 Remember to check in for Quick Hitters after every North Carolina basketball game. Next up is a home game against Marquette on Wednesday, February 24. Tip is at 7:00pm ET on ESPN2.

Want to receive an email with Quick Hitters and other articles from Isaac Schade? Click here. Include your name in the text of the email.

Send Isaac Schade an email to talk more about this article.

More From All Tar Heels