Pence speaks highly of Trump in meeting, plans to launch a political group

A new MITRE Corporation analysis of eight battleground states’ election results found there was “no evidence of fraud, manipulation, or uncorrected error”—including involving Dominion voting machines—further emphasizing the presidential race wasn’t “stolen” or fraudulent even as former President Donald Trump and his allies continue to push those claims. 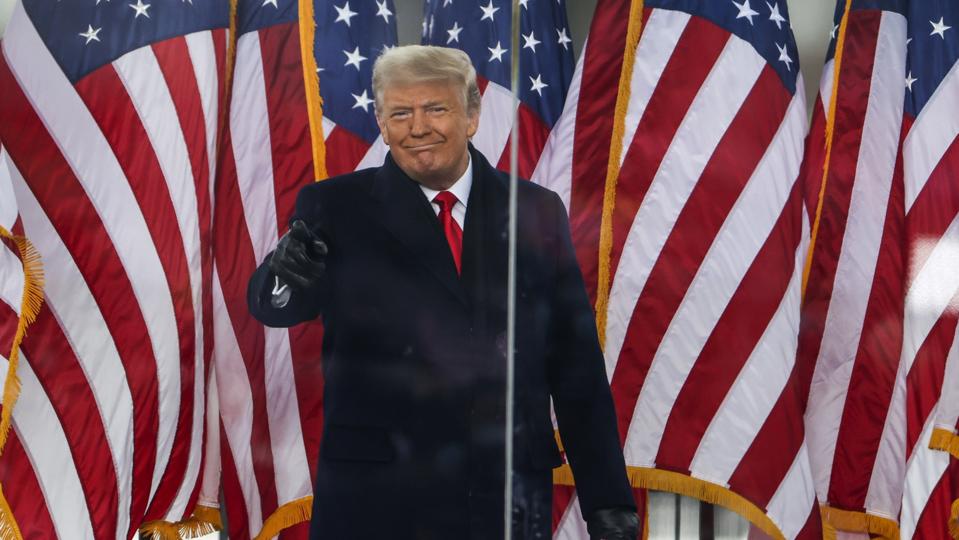 President Donald Trump at the “Stop The Steal” Rally on January 06, 2021 in Washington, DC. (Photo … [+] by Tasos Katopodis/Getty Images)

The analysis, done by MITRE’s nonpartisan National Election Security Lab, looked at presidential election results from Arizona, Florida, Georgia, Michigan, North Carolina, Ohio, Pennsylvania, and Wisconsin, with a focus on several “anomalies” that have been held up by some in the GOP as evidence of potential fraud.

In response to a far-right conspiracy theory that Dominion Voting Systems’ voting machines fraudulently flipped votes to Joe Biden, researchers compared results from different vendors’ machines and found “there was no statistical difference” that would suggest votes on Dominion machines were changed.

Using statistical data analysis, researchers looked into allegations of so-called ballot harvesting in Georgia–in which third parties deliver people’s ballots, which critics say could cause them to be tampered with—and found “no suspicious indicators” of the practice.

There was also no evidence of “vote flipping or ballot box stuffing” in Georgia, after researchers created an “election fingerprint” using turnout and voter data that can be used to detect fraud.

The researchers debunked a “ballot dumping” conspiracy theory alleging more than 100,000 ballots for Joe Biden were fraudulently dumped in Michigan in the middle of the night, finding that any inconsistencies were only the result of “user error” that were ultimately caught and did not affect the election results.

Though officials in Butler County, Pa., had disclosed the U.S. Postal Service lost an “unknown number” of requested mail-in ballots, researchers found the county’s mail-in ballot return rate was still in line with other counties, and elections officials’ efforts to correct the issue actually may have led to a “significant increase in the mail-in ballot returns.”

“The claim that Dominion machines artificially inflated results to Joseph Biden, Jr.’s advantage is not supported in the election results data,” the researchers wrote.

Trump and his allies repeatedly claimed there had been election fraud in battleground states both before and after the November election. Though repeatedly struck down in court and debunked by elections officials—as well as even Republicans like former U.S. Attorney General William Barr—the allegations have gained significant traction among the president’s supporters, with a December Quinnipiac poll finding 77% of Republicans believe there was widespread voter fraud. Trump continued pushing the voter fraud claims in interviews this week after radio host Rush Limbaugh’s death, saying on Fox News Wednesday, “I think we won substantially.” Far-right allies of the ex-president like attorney Sidney Powell and MyPillow CEO Mike Lindell have also perpetuated the Dominion conspiracy theory, even as the voting machine company has filed $1.3 billion defamation lawsuits against Powell and attorney Rudy Giuliani and said litigation against Lindell is “imminent.”

Republican legislators have used the specter of fraud as justification for introducing more restrictive voting legislation. A recent Brennan Center for Justice analysis found more than 165 such bills have been introduced or are otherwise pending in 2021—four times as many as were introduced this time last year. Dominion, which pointed to the MITRE study Friday as further evidence their machines were not used for fraud, has also said it plans to file additional lawsuits against those who have spread the baseless conspiracy theory about them, including right-wing media networks and potentially even Trump himself.