Letter to the Editor: Donald Trump epitomized the American Dream 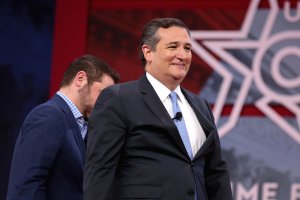 The 2024 presidential election is three years and eight months away, but plenty of bettors are already putting money down, at least, that’s what the movement in the odds would suggest.

Odds represent averages across online sportsbooks on the specified dates.

Trump Is Legally Allowed to Run in 2024

One of the potential outcomes of Donald Trump’s second impeachment trial was a ban from holding public office.

Trump’s odds to win a second term in 2024 were as short as +667 in late December 2020. They faded to +1567  immediately after the Capitol Riots and stayed put until his acquittal in the Senate.

His legal troubles are far from over, but he is at least legally allowed to run again in 2024 at this juncture.

Ted Cruz Is Not a Popular Man in Texas Right Now

Texas is in a state of emergency due to severe winter weather. Power and water outages are wreaking havoc on millions in the Lone Star State. Governor Ted Cruz decided now was a good time to go on vacation in sunny Cancun.

Despite the uproar over his ill-advised trip, Cruz saw his 2024 election odds improve from +5074 to +4450. This appears to be a case-in-point for the old adage “there’s no such thing as bad press”.

Dwayne Johnson Is Rock-ing It, But It’s Not Clear Why

Even before this week, Dwayne don’t-call-me-The-Rock-anymore Johnson was considered a top-ten favorite to win the White House in 2024. It wasn’t immediately clear why oddsmakers set him so short. It’s not even clear which party’s nomination he would be seeking.

Nevertheless, Johnson’s odds shortened from +2800 to +2000. The most-likely cause is that someone, somewhere laid a decent-sized bet on the star of Fast Five to be our next President-elect, despite a complete lack of evidence suggesting it’s even a remote possibility.

But eight years ago, someone, somewhere might have written the same thing about Donald Trump.