Ever since the January 6 insurrection at the US Capitol, Republicans have struggled with whether to embrace or denounce the former President. Perhaps nowhere is that intra-party debate more acute than in North Carolina, where next year’s open Senate race could decide the balance of power in an evenly divided chamber.

And in the days since Trump’s impeachment trial, Republican Sen. Richard Burr — who is not running for reelection next year — has become a pariah among some state party leaders for his vote to convict the former President for inciting the riot. Burr has been censured by the state party, and banned from at least one county GOP headquarters. Every Republican considering a 2022 run for the retiring senator’s seat opposed his decision.

While the backlash won’t affect Burr’s political future, it previews a broader fight over Trump’s place in his party.

When asked about Trump’s role, McCrory — who himself is considering a Senate bid — walked a fine line.

He said he would not “play the game of Republicans fighting each other,” arguing that conservative values would guide Republicans in rebuilding the party’s path back to power. But he also emphasized he was “a strong supporter” of the former President, said he disagreed with Burr’s vote and redirected a question about the riot away from Trump and toward violent “extremists” on both sides, although there’s no evidence that left-wing groups were involved in the planning of or participated in the insurrection. 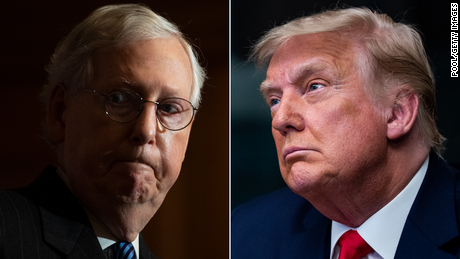 McConnell’s plan to deal with Trump: Ignore him

House and Senate elections are less than two years away, but the GOP is already confronting the crucial question of whether it wants Trump in or out of the party.

Across the country, many Republican candidates have already tied themselves to Trump, blaming the mob for attempting to prevent Congress from certifying the 2020 election on January 6, rather than the former President for urging his supporters to “stop the steal.”

But some GOP strategists worry that that primary strategy could hurt Republicans in 2022, noting that Trump’s reputation was damaged by efforts to overturn his loss that resulted in violence.

Senate Minority Leader Mitch McConnell has nodded to both Trump supporters and those in his party who want to move on, saying Trump was directly responsible for the mob’s attack on the Capitol, which is still encircled by razor wire, but voting to acquit him because he viewed the unprecedented impeachment trial of a former president to be unconstitutional.

Burr said in a statement after the trial that Trump “promoted unfounded conspiracy theories to cast doubt on the integrity of a free and fair election because he did not like the results,” and, after the pro-Trump crowd turned to violence, “used his office to first inflame the situation.” 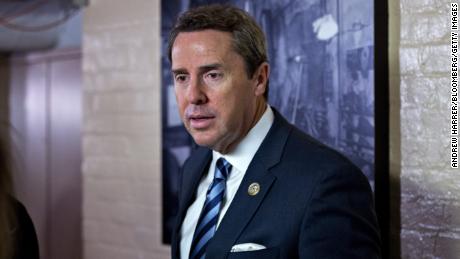 In his bid for the GOP nomination in North Carolina, former Rep. Mark Walker has branded himself as a “conservative bridge builder.” In an interview, he emphasized his work with Democrats on historically Black colleges and universities and criminal justice reform. He said that “ultimately” Republicans need to focus their message on the conservative principles of individual liberty and prosperity. He noted he denounced the Trump-inspired cheers at a 2019 Greenville rally to “send” Minnesota Democratic Rep. Ilhan Omar “back” to Somalia.

But Walker said he would “love” to have Trump’s support in his campaign for the GOP nomination, and defended his post-Election Day actions.

“To say that President Trump had a direct responsibility in driving those people to attack the Capitol I think is unfair, unwarranted, and that’s why I would have certainly voted against the impeachment process,” said Walker, who chose not to run for reelection to the House in 2020 after his district was altered in redistricting.

There’s also chatter that the GOP field could include the former President’s daughter-in-law, Lara Trump.

But Republican operatives in the state privately worry that Trump’s standing has worsened since January 6 and could drag down-ticket candidates with him.

Richard Wernau, a Republican voter from Charlotte, said the riot was “disgusting,” “demoralizing” and “deplorable,” and that the former President needed to be “punished” for his actions.

“I voted for Trump, and I was mad at myself,” said Wernau.

Several other Republicans who are considering a run for Burr’s seat, like Rep. Ted Budd, voted to object to the 2020 election. Other North Carolina Republicans, including Rep. Dan Bishop, supported Burr’s censure.

“They’re all making a play for the primary,” said a North Carolina Republican strategist granted anonymity to speak freely about the Senate race. “But my worry is that we’re going to lose the seat because we get the Trumpiest guy of the bunch.”

Republicans expect that running against the complete Democratic control of Washington will help them take back Congress during the midterm elections, when the party out of the White House has historically done well.

Republicans already are bashing the Biden administration’s efforts to cancel the Keystone pipeline, its bill to build an eight-year pathway to citizenship for millions of immigrants already in the country and its mixed messaging on when and how schools should reopen.

“The question is going to be: Do they feel emboldened enough to overreach,” said Paul Shumaker, a Republican strategist in North Carolina who has worked for both its senators. “If they don’t do that, then what impact does that have on their base,” he asked of Democrats.

But Democrats are looking at the Republicans’ internecine squabble with glee.

Morgan Jackson, a Democratic strategist in the state, said Republicans are “in the middle of an uncivil war” that could turn off Republicans in the business community who are seeking to turn the page from Trump.

“The Trump brand is in a horrible place with swing voters,” said Jackson. “You’re going to pledge to that, rather than a policy or an ideal?” 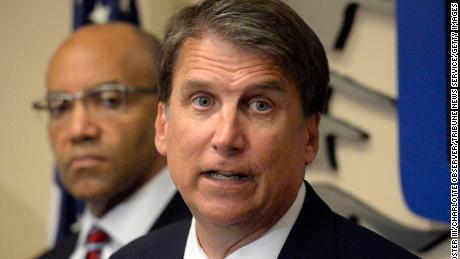 Former North Carolina Gov. Pat McCrory is one of many Republicans who could run for Senate.

If McCrory decides to run, the former governor could face blowback for defending the controversial law that required people at government-run facilities to use the bathrooms that corresponded to the gender on their birth certificates.

But it’s clear that he thinks Republicans’ best chance of success is to embrace principles that have traditionally guided the party rather than Trump’s singular personality.

“We’ve got to fight for his policies that he implemented and make sure that (President Joe) Biden and (Vice President Kamala) Harris and (House Speaker Nancy) Pelosi and (Senate Majority Leader Chuck) Schumer do not disband successful policies for the economy, for immigration, for trade, for foreign policy, keeping us out of war,” McCrory said. “What we need to focus on are the policies that were very successful during the past four years.”