US forces: Rockets hit airbase in Iraq hosting US troops

Kimmel Sums Up Trump’s CPAC Speech With A Gross Analogy

The Biden administration is willing to engage in talks over the possibility of re-entering the 2015 Iran nuclear deal, a State Department spokesperson told Forbes on Thursday, after the Trump administration abandoned the Obama-era multilateral pact in 2018. 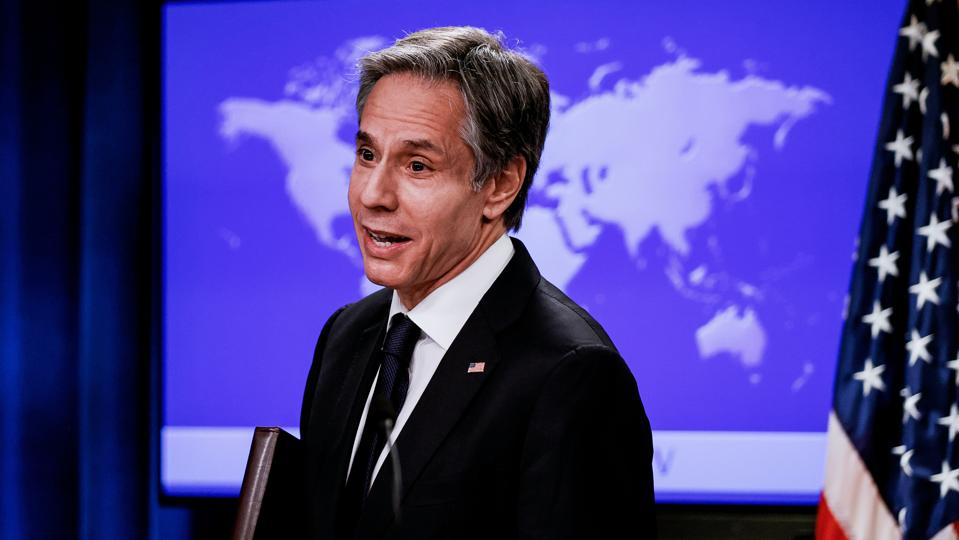 Spokesperson Ned Price said in a statement the U.S. “would accept an invitation from the European Union High Representative” to meet with Iran, Germany and members of the U.N. Security Council to “discuss a diplomatic way forward on Iran’s nuclear program.”

The development comes after Secretary of State Antony Blinken and his counterparts from France, Germany and the U.K. released a joint statement calling on Iran to come into compliance with the deal, including allowing U.N. inspectors and stop nuclear activities with “no credible civil justification.”

The three European nations “welcomed the United States’ stated intention to return to diplomacy with Iran” and “the prospect of a U.S. and Iranian return to compliance,” the statement said.

No invitation has yet been made, but State Department officials said in a press call that the E.U. “seems … ready to invite the parties to talk,” though they offered no specific timetable.

The officials also said the administration will reverse several punitive measures placed on Iran by the Trump administration, including harsh travel restrictions on Iranian diplomats working at the U.N. headquarters in New York.

The U.S. has also withdrawn the Trump administration’s attempt to reimpose U.N. sanctions on Iran through the “snapback” mechanism, a process that allows parties in the deal to trigger sanctions in retaliation for Iranian non-compliance.

Trump announced in 2018 that the U.S. would withdraw from the Joint Comprehensive Plan of Action, a 2015 agreement between Iran and the U.S., China, Russia, the U.K., France and Germany. One of former President Barack Obama’s signature achievements, it committed Iran to cutting its stocks of enriched uranium that could be used to build nuclear weapons in return for a relaxation of economic sanctions. Trump’s complaints about the deal centered around its “sunset clauses” – provisions set to expire by 2030. Following the withdrawal, Trump imposed new sanctions on Iran, ostensibly in the hopes of extracting a better deal.

Trump’s sanctions had chilled the U.S. relationship with members of the Security Council, and officials said their reversal would improve relations with those countries and ease the path to negotiations.

Rep. Michael McCaul (R-Texas), the top Republican on the House Foreign Relations Committee, expressed concerns that the U.S. is “already making concessions” to Iran in a statement. McCaul called for Biden to use the “leverage” created by Trump’s sanctions to hold out for a deal “until Iran comes back into full compliance.”

The move was cheered by Sen. Chris Murphy (D-Conn.), the chair of the Senate Foreign Relations subcommittee that oversees U.S.-Iranian relations. “This is great news, but the U.S. needs to move quickly,” Murphy tweeted. “The sooner we reunite with Europe, Russia, and China on Iran policy, the sooner we can extend the Iran deal and work with these partners to curb Iran’s other malevolent behavior.”