Laurence Tribe: Justice Thomas is out of order on 2020 election

Iran’s Next President Is Almost Certain To Be A Hardliner, Making Biden’s Outreach To Tehran Tougher

Jeanette Strong: The weird worship of one dude 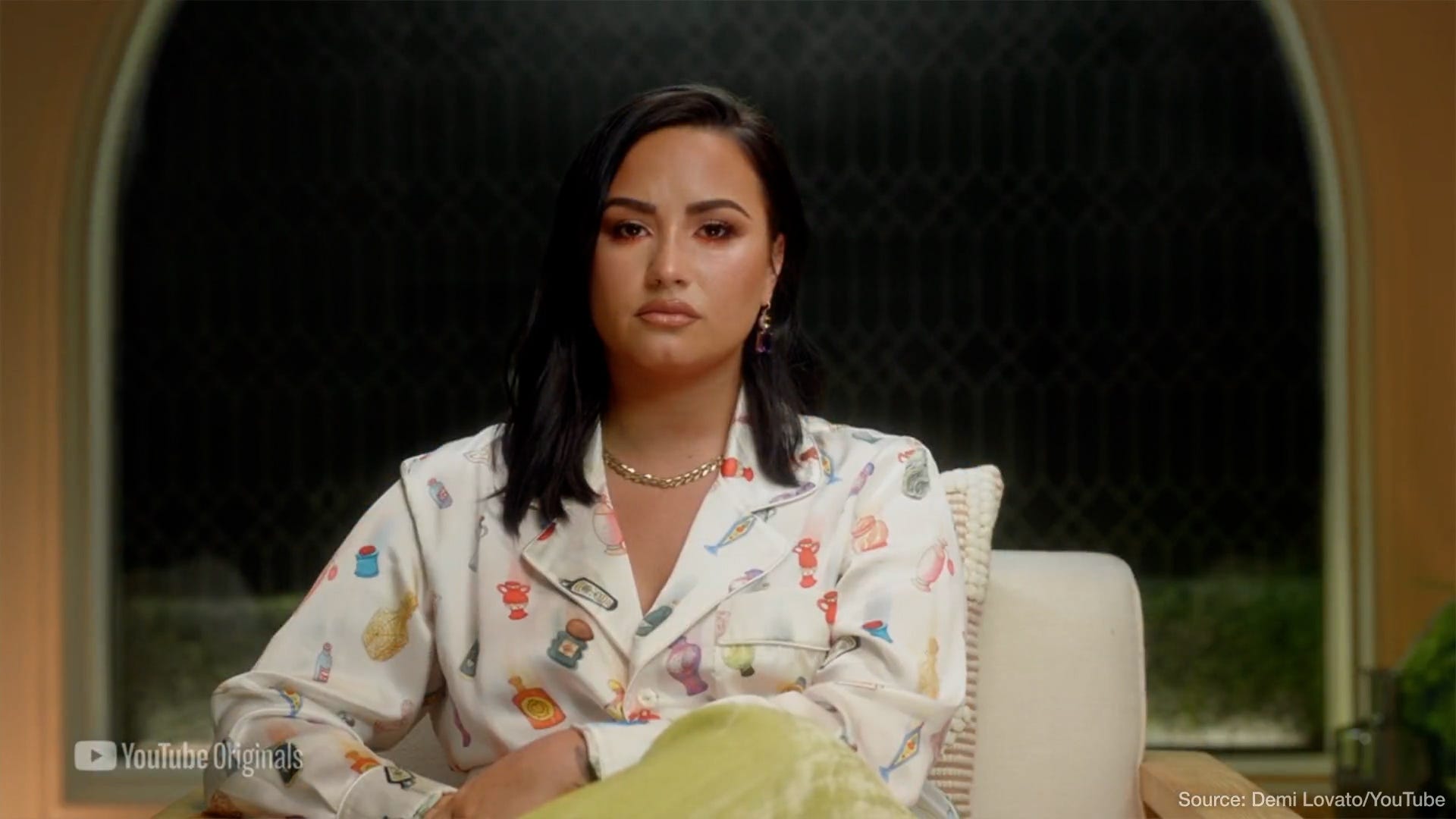 Demi Lovato’s near-fatal 2018 drug overdose caused her to suffer three strokes and a heart attack as doctors fought to save her life.

Demi Lovato is opening up about the physical toll of her 2018 overdose and subsequent hospitalization.

In a trailer for her YouTube docuseries “Demi Lovato: Dancing with the Devil” (due March 23), the singer, 28, reveals details of her health ordeal.

“I had three strokes,” she says in the trailer for “Dancing.” “I had a heart attack. My doctors said that I had five to ten more minutes.”

At a Television Critics Association panel Wednesday, she said the ordeal left her with brain damage, adding the effects still linger.

“I don’t drive a car, because I have blind spots in my vision,” she said. “I also, for a long time, had a really hard time reading. It was a big deal when I was able to read out of a book, which was, like, two months later because my vision was so blurry.

“I dealt with a lot of the repercussions, and I feel like they kind of are still there to remind me of what could happen if I ever get into a dark place again,” she continued. “And I’m grateful for those reminders, but I’m so grateful that I was someone that didn’t have to do a lot of rehabbing. The rehabbing came in the emotional side, and the therapeutic side internally, and I did a lot of work after that… just not physical.” 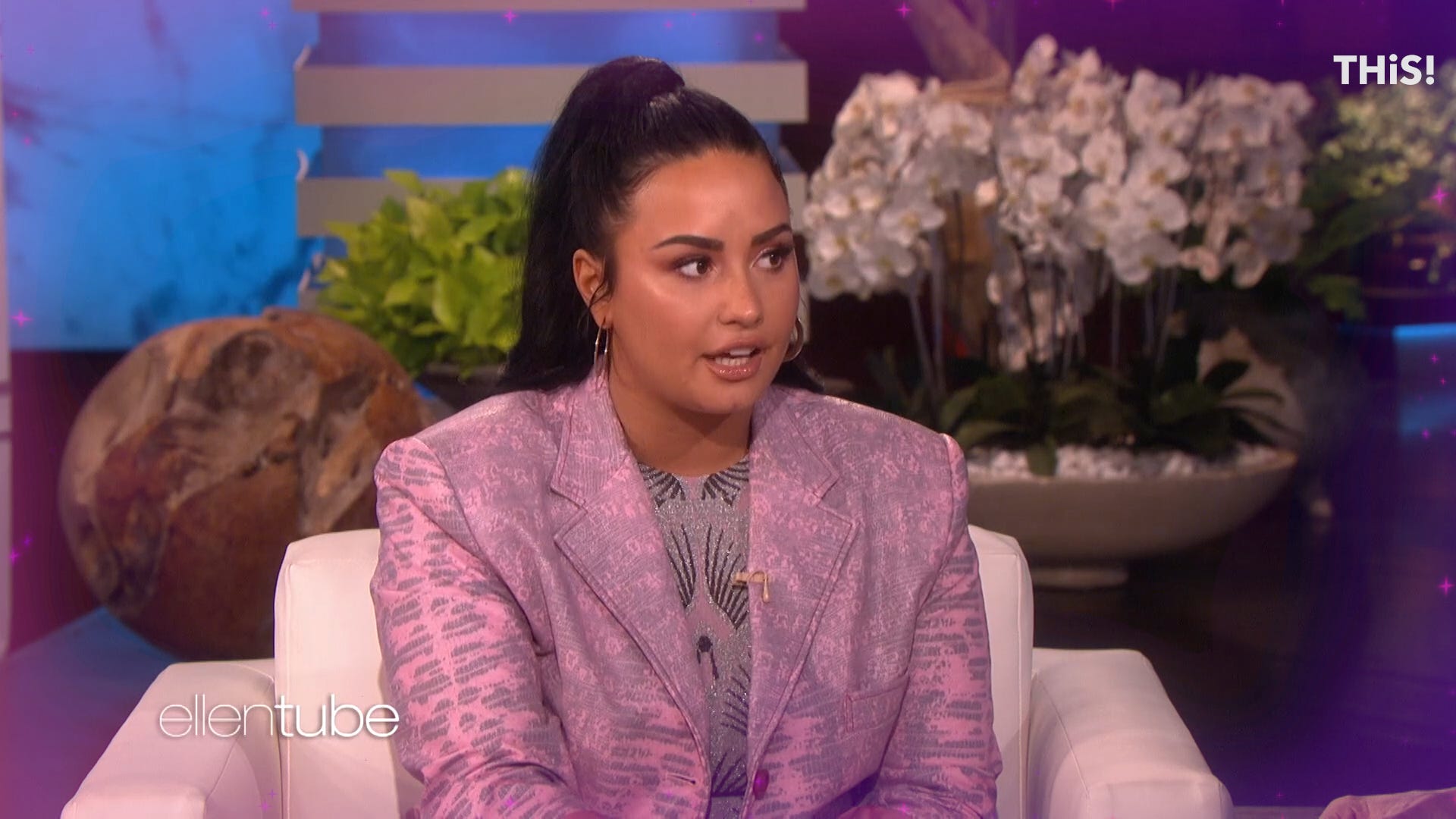 Demi Lovato opens up to Ellen about her sobriety struggle

Demi Lovato gets candid about her 2018 overdose and eating disorder struggles on “The Ellen DeGeneres Show.”

‘So much that I’ve wanted to say’: Demi Lovato opens up about overdose in new YouTube docuseries

In July 2018, Lovato was hospitalized for an overdose just a month after she admitted in her single “Sober” that she had relapsed. Lovato wrote two weeks later in a since-deleted Instagram post, “I want to thank God for keeping me alive and well. I have always been transparent about my journey with addiction. What I’ve learned is that this illness is not something that disappears or fades with time. It is something I must continue to overcome and have not done yet.”

Lovato recounted the night she decided to drink again on “The Ellen DeGeneres Show” in March 2020, noting her struggles with an eating disorder played a large part.

“I realized that over time as the things with the eating disorder were getting bad, over the years it progressively got worse… It led me to being really, really unhappy. My bulimia got really bad,” she said. “I asked for help and I didn’t receive the help that I needed. So here I am, sober, and I’m thinking to myself, ‘I’m six years sober but I’m miserable. I’m even more miserable than when I was drinking, why am I sober?’ “

Lovato previously teamed with YouTube for the release of her 2017 documentary “Demi Lovato: Simply Complicated.”

Treatment ‘continues to save my life’: Macklemore passionately details his sobriety journey

‘I had all kinds of bizarre fears’: Dax Shepard ‘did not want to’ go public with his relapse:

Lovato told reporters Wednesday a desire to help fans on similar journeys fueled her decision to talk openly about her experience.

“Over the past couple years, I’ve heard a lot of stories about my life and what people think has happened, and I wanted to set the record straight,” she said, “and I wanted to reveal it all for my fans and say, ‘Hey, this is who I am, and this is where I’m at today, and this is the journey that got me here. And if it helps you, then I hope that it can,’ because… my purpose in putting this out was to be able to help people that have been on the same path as I have.”

Lovato also addressed the motivation for bringing raw honesty to her music, explaining: “I’m a truth teller, and truth tellers on this planet help other people seek truth within themselves. If we don’t acknowledge our feelings, if we’re not vulnerable with other people, we’re never going to experience the internal growth that we need to survive and that we need to help make this world a better place for other people.”

‘Do I look tired?’: Kenan Thompson has been jetting between coasts filming ‘SNL’ and his new sitcom