Draymond Green looking for revenge vs. Hornets after his ‘bulls–t’ 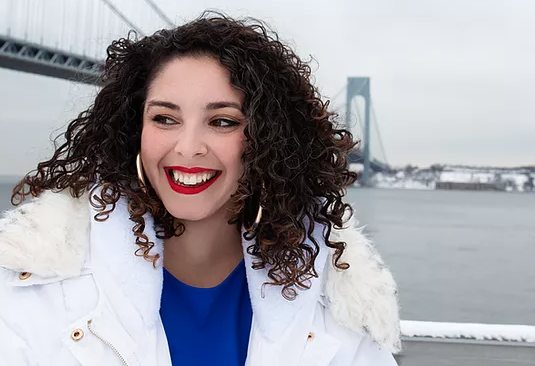 Representative Nicole Malliotakis has been in Congress for less than two months. But she’s already facing a progressive challenge for her seat.

Brittany Ramos DeBarros, a 32-year-old Army veteran who spent a year in Afghanistan, announced on Thursday that she would challenge Malliotakis in the 2022 election for New York’s 11th Congressional District, which includes Staten Island and parts of southwest Brooklyn.

In a press release announcing her campaign, DeBarros, who introduced herself as an “Afro-Latina combat veteran, community organizer, and progressive Democrat,” referred to Malliotakis as “Donald Trump’s favorite New York Republican,” and criticized her for voting to overturn the results of the 2020 presidential election.

“Our district has the highest COVID case rates in the City and almost 2,000 of our neighbors have already died because of it,” DeBarros said. “Instead of fighting for care and relief, Malliotakis incites violent coups and treats our lives and democracy like they’re worthless. We’re tired of leaders who hand us crumbs and tell us to be grateful.”

“The truth is there is enough to go around if we have leaders with the courage and integrity to invest in real solutions rooted in care and justice,” the statement continued. “Together we will ensure that our neighbors have the healthcare they need to survive, the wages they need to thrive, and the education which they need to reach their full potential.”

DeBarros, who most recently worked as organizing director for the anti-war veterans group About Face, graduated from the University of Miami in 2011 with a Bachelors in Business Administration in Entrepreneurship. She attended the school on an Army scholarship and became an Army officer that year.

She deployed to Afghanistan for a year in 2012 as a platoon leader, but says her time in the country changed her perception of the war.

“When I deployed, I believed I was going to fight for freedom and protect vulnerable communities overseas, but as I got to know the Afghan people, I saw with my own eyes that wasn’t true,” her website says. “I watched some officers care more about role-playing Call of Duty and collecting medals than the needs of regular people or even the mission.”

After she returned, she moved to Staten Island with her husband, and began to advocate against U.S military intervention overseas. She also worked for Living Cities, a collaborative of foundations and financial institutions that support racial equity, and as an independent consultant.

Her platform includes a litany of progressive policy positions, including support for Medicare for All, a Green New Deal, tuition-free public universities, and retroactive $2,000 coronavirus-relief checks.

Malliotakis beat Rose last fall with about 53% of the vote; she did so with a 10% lead on Staten Island, while losing the smaller, Brooklyn portion of the district by 5%. Though registered Democrats outnumber Republicans on Staten Island, the borough’s Republican Party saw a surge in enrollment over the summer, and Trump won the district in both 2016 and 2020.

In that race, Rose, himself a decorated Army veteran, ran as a moderate, memorably calling fellow Democrat Mayor Bill de Blasio the “worst mayor in the history of New York City” in a campaign ad. Rose was more hesitant to criticize Trump, though he did eventually voice support for his impeachment in 2019.

But the dynamic may change in 2022, after congressional districts are redrawn following the results of the 2020 census. New York could lose as many as two congressional seats, and in the resulting map the 11th may extend deeper into Brooklyn or even lower Manhattan, a change that would likely add many more left-leaning Democrats.