Sheikha Latifa, who drew headlines in 2018 when she unsuccessfully sought to flee her country, says she has been held in a virtual prison since her forced return. 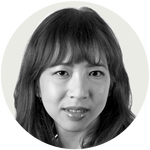 CAIRO — Since 2018, when Sheikha Latifa bint Mohammed al-Maktoum, one of the daughters of the ruler of Dubai, disappeared after trying to escape her privileged but suffocating life in a royal palace, her friends have insisted she was hauled back home against her will and was being held incommunicado.

On Tuesday, they produced video evidence.

Contradicting her family’s insistence that she has been quietly enjoying time with them at home the past two years, Sheikha Latifa says in a series of videos released by her advocates that she is “a hostage” and fears for her life.

“Every day, I’m worried about my safety in my life. I don’t really know if I’m going to survive this situation,” Sheikha Latifa said in one self-recorded video, according to a transcript provided by an advocate working on her case, David Haigh.

“The police threaten me that they would take me outside and shoot me if I didn’t cooperate with them,” she said. “They also threatened me that I would be in prison my whole life and I’ll never see the sun again.”

The sheikha’s case stirred outrage outside the United Arab Emirates starting in 2018 after reports emerged in international media that she had tried to flee Dubai on a yacht piloted by a Frenchman claiming to be an ex-spy, only for a team of Indian and Emirati commandos to seize the vessel, detain everyone on board and fly her back to Dubai.

In a video recorded before her flight, she said that she wanted to leave because of the restrictions her father, Sheikh Mohammed bin Rashid al-Maktoum, had put on her: Banned from traveling outside Dubai, she was followed by minders everywhere she went in the city-state her father ruled.

After the 2018 episode, Sheikha Latifa was virtually unseen in public again.

Through much of that time, however, she was secretly recording videos from inside the villa where she was held, Mr. Haigh said, usually locking herself in a bathroom, the only place she had privacy. After first communicating with friends via letters, she switched to a phone that friends had smuggled to her, sending regular updates between early 2019 and late 2020, Mr. Haigh said.

In them, according to the transcripts, she said she was being held in a villa that had been effectively converted into a jail, with windows that were barred shut. Five police officers stood guard outside, she said, and two female officers inside.

Her attempted flight in 2018 was cut short, Sheikha Latifa said, when commandos stormed the yacht, threw her to the deck, zip-tied her as she tried to fight them off and injected her with tranquilizers. After she was taken back to Dubai by helicopter and private jet, she said, she was interrogated for two weeks and held in solitary confinement in a prison near the airport.

Some of the new videos were first published by the BBC on Tuesday. While they could not be independently verified, Mr. Haigh said in an interview that he had prepared them for release. Her family could not be reached for comment.

Before Tuesday, the only recent glimpse of Sheikha Latifa had come in December 2018, after she was brought back to Dubai. Her family released photos of her sitting uneasily with Mary Robinson, a former president of Ireland and former United Nations human rights commissioner.

Ms. Robinson said at the time that she believed the sheikha was mentally troubled and recovering in the care of her family. But she has now told the BBC that she felt she had been “tricked” when photographs of what she had assumed was a private lunch were made public.

Sheikha Latifa said in one of the videos that she had been coaxed into coming to lunch by Princess Haya, one of her father’s wives, but had not known who Ms. Robinson was, what the lunch was for, or why her stepmother insisted on taking a picture of her with Ms. Robinson. She only agreed “to be polite,” she said.

As for Ms. Robinson’s comments at the time, Sheikha Latifa said in one video that “statements about me being with my family or getting treatment or being in recovery is all a lie.”

Her family repeatedly insisted that she make what she called “propaganda,” she said.

“They wanted me to do a video and say that I’m here happily and voluntarily. And I refused,” she said in one video, according to a transcript.

Princess Haya, too, has come to support her stepdaughter’s version of events. In court documents filed in Britain last year after the princess left Dubai with her young children and filed for divorce from the sheikh, she said both Sheikha Latifa and one of the sheikha’s sisters had been harshly punished for trying to escape in the past.

By late 2020, the videos from Sheikha Latifa had stopped coming, Mr. Haigh said, prompting him and Tiina Jauhiainen, a Finnish capoeira instructor who accompanied the sheikha on the yacht, to release them.

They were also timed to land as the United Nations Working Group on Enforced or Involuntary Disappearances holds a session on the sheikha’s case.