The second impeachment trial of former President Donald Trump is over, but hundreds of rioters who stormed the Capitol on Jan. 6 are facing criminal charges.

A new study from the Chicago Project on Security and Threats at the University of Chicago finds that only 10% of the Capitol rioters had ties to right-wing militia groups like the Proud Boys and Oath Keepers. 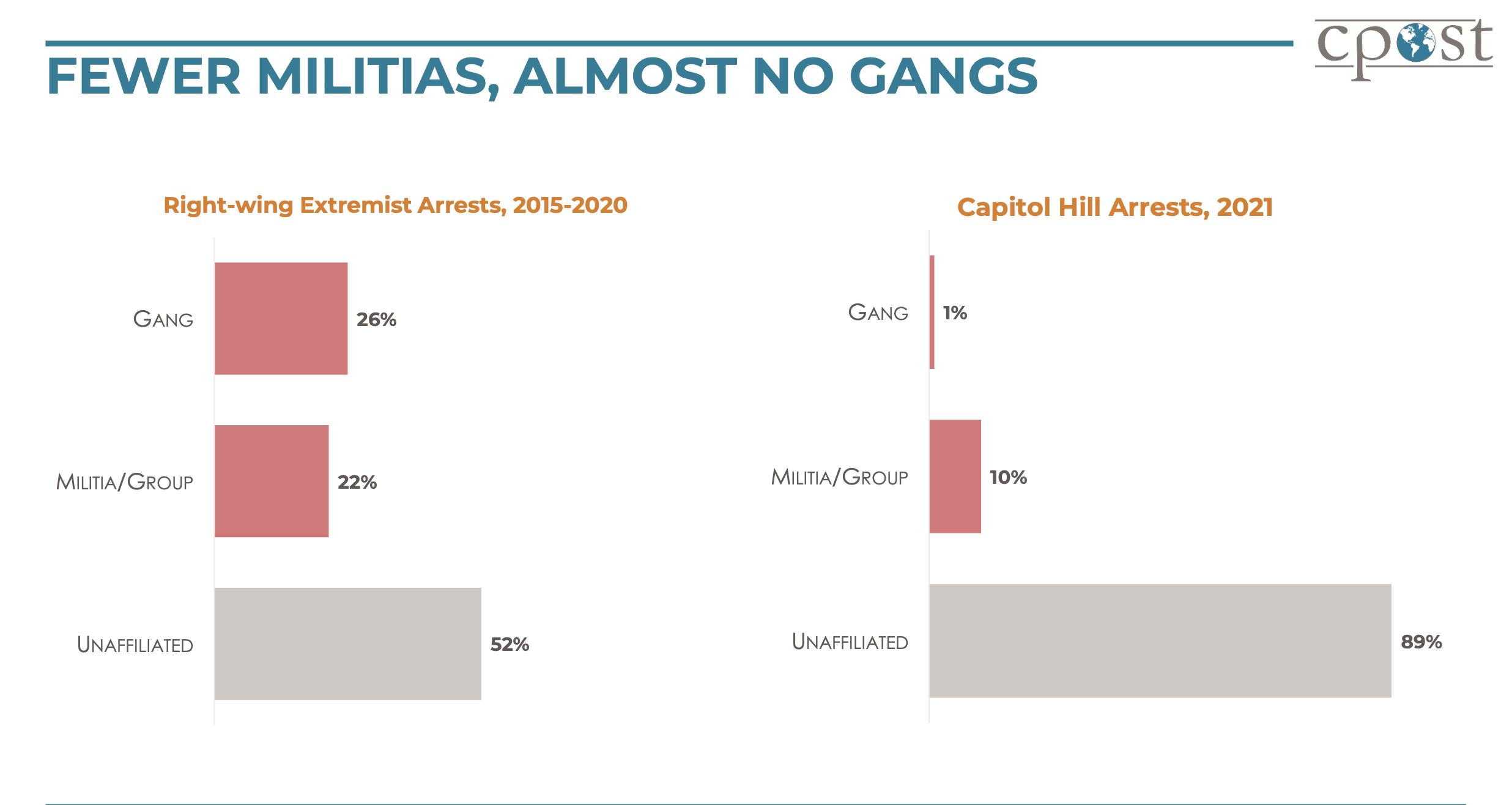 “Our findings are really quite surprising. It turns out only a small fraction are a collection of right-wing militias. What we see is a new mass political movement with violence at its core,” said Robert Pape, a political science professor at the University of Chicago who oversaw the research.

The study analyzed available information on more than 200 people arrested for entering the U.S. Capitol or Capitol grounds on Jan. 6. It compares the findings with far-right extremists arrested for deadly violence between 2015-2020, as well as older data.

The results show a marked difference between the two groups, including not just militia involvement, but also in criteria like employment history and background.

Some 85% of the Capitol rioters who were studied were employed, and about 40% were business owners or held white collar jobs. 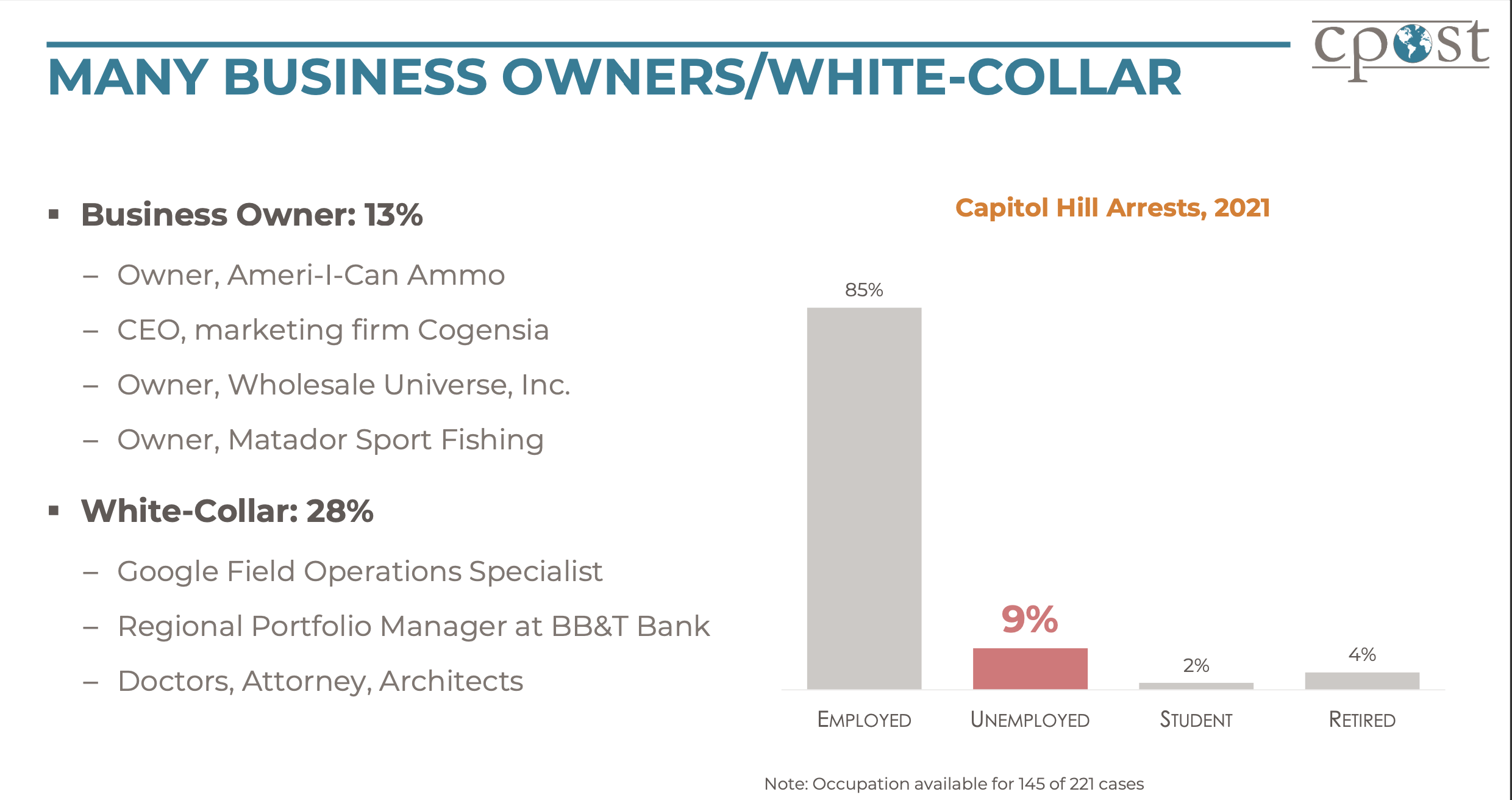 “Normally, we don’t even have a category for ‘business owner’ when we study political violence, so this is a very big sign that we’re dealing with a new political movement with violence at its core that can’t be reduced to the usual suspects,” Pape said.

The study also found that more than half of the arrested Capitol rioters came from counties President Joe Biden carried in the 2020 presidential election.

“Most people thought right after the insurrection that these insurrectionists are coming from the reddest parts of America. That’s just not the case,” Pape said.

While Pape’s research shies away from specific policy recommendations, it says the movement behind the Jan. 6 insurrection has the potential to grow, and calls for “new political solutions” to combat it.