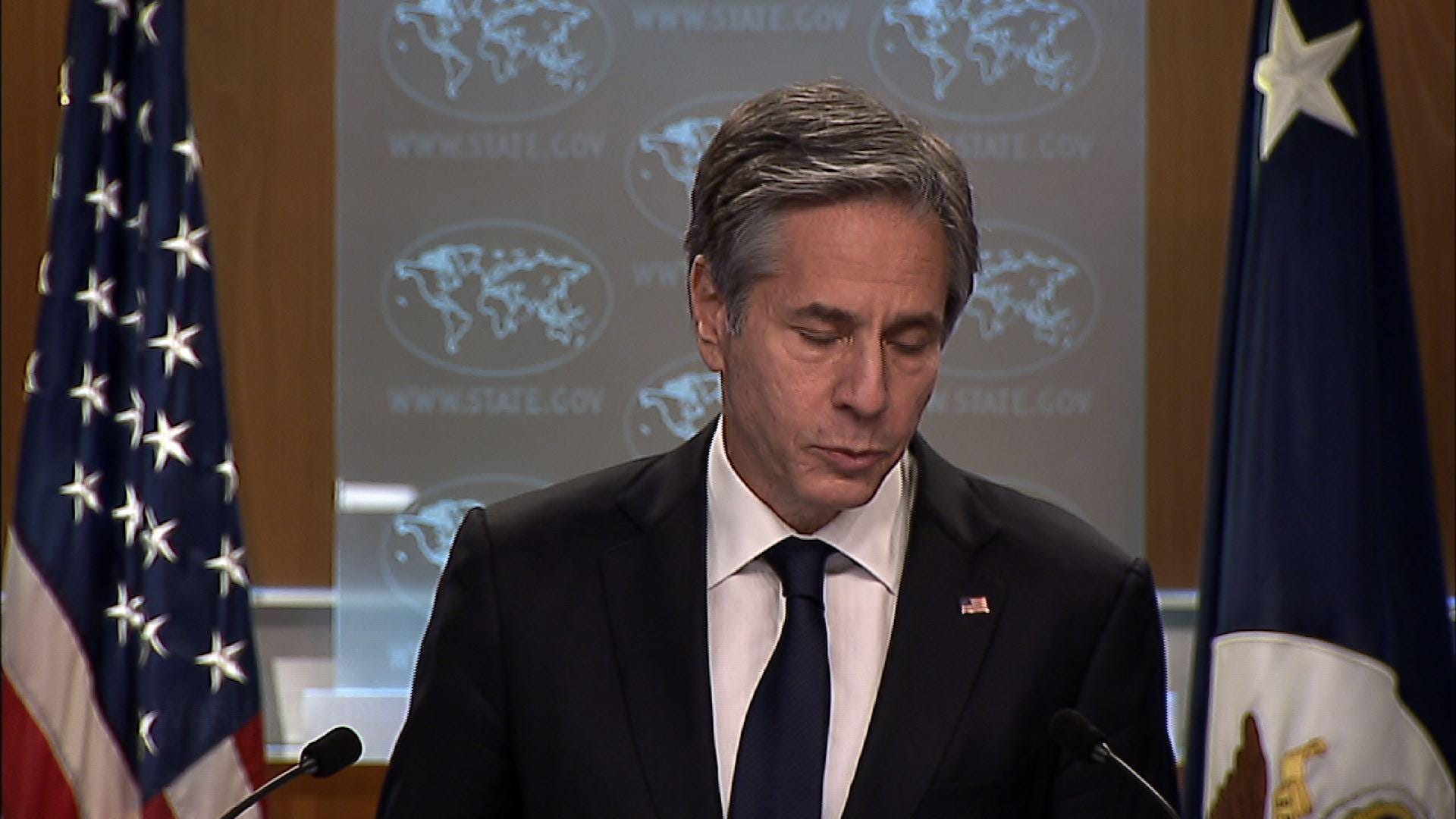 US suspending some sanctions on Yemen rebels

WASHINGTON – President Joe Biden is making an early, aggressive push to end the war in Yemen, and it’s not hard to understand why.

The yearslong conflict has left more than 200,000 Yemenis dead and put millions more on the brink of starvation. It has marred America’s reputation, with U.S.-made weapons used in Saudi-led strikes against civilians. And it has inflamed tensions across the Middle East.

But there’s another, more personal dynamic driving Yemen to the forefront of the Biden administration’s agenda.

“One of the reasons there’s moral urgency in the Biden administration to end this war is, I think there is a guilt,” said Rep. Ro Khanna, D-Calif., who has led efforts in Congress to halt U.S. support for the Saudi coalition’s bombing campaign.

Khanna noted that many of Biden’s top national security advisers also worked in the Obama administration, and they were involved in greenlighting the Saudi-led coalition’s plan to intervene in Yemen.

“I think they feel a personal stake in righting this wrong,” Khanna said.

“The United States has had a major hand in Yemen from the beginning and thus must answer for its part in the tragedy,” Malley wrote in a searing op-ed published last week in Foreign Affairs magazine and co-authored by Stephen Pomper, who worked as a special adviser to Obama for human rights and other issues.

“We knew we might be getting into a car with a drunk driver,” Malley and Pomper recall being told by another Obama official. “And yet the United States climbed in anyway.”

Among the horrors that may be weighing on the Biden team’s conscience: Nearly 2.3 million Yemeni children under the age of five are at risk of acute malnutrition, according to a warning issued Friday by four United Nations agencies.

So perhaps it’s no wonder that Biden used his first foreign policy speech as president to announce the U.S. would end its support for Saudi Arabia’s offensive operations in Yemen and would pause certain weapons sales to the kingdom – steps long-sought by Khanna and others.

Yemen experts and humanitarian advocates have applauded Biden’s early emphasis on Yemen, particularly Lenderking’s appointment. At the same time, they warn that bringing the conflict to an end will take a sustained commitment from the White House.

“There’s this idea amongst some people that the U.S. can kind of ride on this white horse, snap its fingers, and the war’s over,” said Elana DeLozier, a Yemen expert with The Washington Institute for Near East Policy.

The Trump administration made the situation in Yemen even more fraught, lawmakers and experts believe, particularly with its 11th-hour decision to designate the Houthis, Iranian-backed rebels, as a terrorist group. The Houthis helped drive Yemen’s internationally recognized government out of power in 2014, turning Yemen into a battleground between Iran and the Saudis, bitter rivals vying for influence in the region.

While the Houthis are widely reviled for their role in the conflict, humanitarian groups had pleaded with the Trump administration not to designate them as a terrorist group – fearing that would further impede the delivery of desperately needed food and other assistance to the Yemeni people.

On Friday, Biden’s Secretary of State Antony Blinken lifted the Houthi terror designation, even as he denounced the militant group for a litany of violence and atrocities – including its attacks on Saudi Arabia and its torture of U.S. citizens. (The State Department left in place other measures penalizing individual Houthi leaders.) While aid groups hailed the decision, it has opened the Biden administration to criticism from Iran hawks.

And some lawmakers in Congress – even those who expressed alarm over the Trump administration’s move – are now warning that reversing it could embolden the Houthis, rather than enticing them to the negotiating table.

“We should not let the Houthis believe they have been given a free pass for their violent actions,” Sen. Jim Risch and Rep. Michael McCaul, the top Republicans on the House and Senate foreign relations committee, said in a joint statement.

Meanwhile, Khanna and others are warning the Biden administration not to go easy on the Saudis. The kingdom’s standing plummeted in Washington after the brutal 2018 murder of Jamal Khashoggi, a Washington Post columnist. Lawmakers believe the country’s de facto ruler, Mohammed bin Salman, ordered the journalist’s killing.

“We need to make clear to the Saudis that their relationship on the Hill has been badly damaged,” Khanna said. “And if they have any hope of repairing it, they need to lift the blockade … and make a peace deal,” he said, referring to a Saudi-coalition blockade obstructing the delivery of food and medicine to Yemen.

On Tuesday, Lenderking made his first public remarks since his appointment as special envoy. He said the Biden administration’s increased attention to Yemen “gives us some momentum” to end the conflict.

“Just looking at the reaction from around the world and especially from the region and inside Yemen, the new American energy here is being welcomed,” Lenderking said. “The refrains that I hear from people throughout the region is, now is the time to end the conflict.”

DeLozier said the Saudis want to end the war – in part because of the damage it has caused to U.S.-Saudi relations. But she said as long as the Houthis continue to launch missiles into Saudi territory, the kingdom is stuck.

“They have the political will, they just can’t figure out exactly how to get out,” she said.

It’s important that Lenderking is entering as one of the U.S. government’s top Yemen experts.

“He has a very in-depth knowledge of Yemen,” including all the players in the region, said DeLozier. “Tim will go in with a lot of goodwill … How much he does with that in the first few months is, I think, really critical.”

Allies say he is determined, unflappable and willing to take on the ugliest of diplomatic assignments.

He has “an exceedingly high threshold” for political pain, said David Des Roches, a former Defense Department official and now a professor at the Near East South Asia Center for Strategic Studies. “America has a lot of diplomats who are not diplomatic and quite a few who pride themselves on that. That’s definitely not him.”

Des Roches and others noted that during the final days of the Trump administration, Lenderking was forced to endure an angry tirade from congressional staffers outraged over the Houthi terrorism designation.

“You need to stop (expletive) lying to Congress,” one congressional aide said during a phone call with Lenderking and other State Department officials, according to an account in Foreign Policy magazine.

“I know that Tim was not a supporter of that decision, and it was kind of unfortunate that he was left holding the bag when he had to get chewed out by staffers,” said Gerald Feierstein, a former U.S. ambassador to Yemen who has known Lenderking for years. “He was just the messenger.”

Sen. Christopher Murphy, D-Conn., who had led efforts in the Senate to end the war, said the U.S. needs to reposition itself “as an honest broker,” and Lenderking’s appointment is a pivotal step in that direction. “Tim is a smart diplomat who can work with key leaders to bring about an end to this nightmare,” Murphy said.

An Arabic speaker whose father was also in the foreign service, Lenderking served as a deputy assistant secretary in the State Department’s Near East Bureau during the Trump administration. Before that, he was the deputy chief of mission in the U.S. Embassy in Riyadh, Saudi Arabia.

Last week, he began his new post with a trip back to Riyadh, where he met with Martin Griffiths, the U.N.’s peace negotiator for Yemen, among other officials. Griffiths has made some progress toward resolving the conflict, but Khanna said having Lenderking at the table will give him more clout.

The California Democrat believes the Biden administration will not let up the pressure – not just because of the “guilt” factor but also because the effort has strong support in Congress and among the American public.

“It’s a horrific humanitarian crisis,” Khanna said. “And (Americans) certainly don’t want to be involved in facilitating a situation that could lead to the famine of literally millions of people.”