TikTok removed 400,000 videos in the 2nd half of 2020 to combat election and COVID-19 misinformation

What Noam Chomsky taught me about Donald Trump

A discussion with three professors reflects the views of a divided nation: some losing faith, some cautiously optimistic 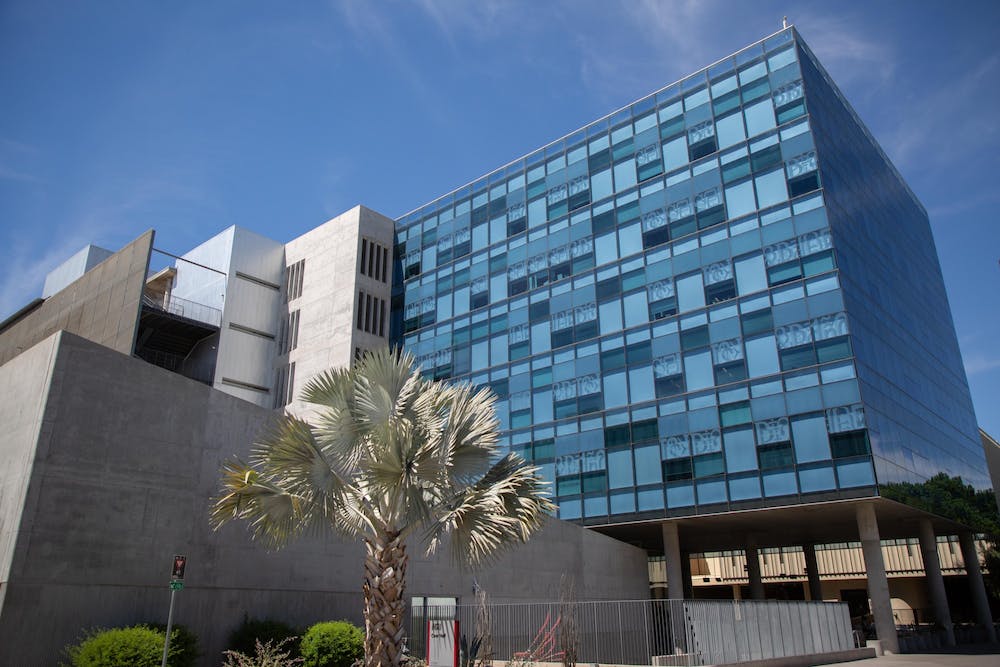 Photo by Isabel Han | The State Press Coor Hall is pictured on the Tempe campus on Sunday, April 7, 2019.

It was only 40 days ago when rioters attempted to block the certification of the 2020 presidential election, storming the U.S. Capitol building in an event that led to the deaths of five people.

The insurrection eventually led to a second impeachment trial and acquittal of former President Donald Trump and over 230 arrests.

In light of the episode, three professors from ASU’s School of Politics and Global Studies hosted a virtual roundtable last Thursday night to discuss the consequences and causes of the Capitol insurrection.

On the panel there were mixed opinions on the future of democracy in the country. Some panelists believed that there was a new chapter in the history of the nation to look forward too, while others were far less optimistic. The consistent theme, however, was that the U.S. is now at a crossroads.

Lenka Bustikova, an associate professor at the School of Politics and Global Studies and one of the three panelists, observed the incident from a global perspective and said she had less faith in the nation recovering anytime soon.

Bustikova is a firm believer that crisis destabilizes party systems, referencing the 2008 economic crisis as a time when heightened partisanship polarized immigration policy in the U.S. She said that COVID-19 will be yet another disaster that further divides the nation.

As an example, Bustikova referenced an incident in July in which protesters stormed the German parliament when the government implemented restrictions meant to slow the spread of COVID-19.

“I think we live in an era where we see that the far right is emboldened to take actions, and the U.S. follows this,” Bustikova said.

She said that the attack on the Capitol and the rise in conspiracy theory groups such as QAnon were examples of this idea.

Associate professor Jennet Kirkpatrick, also a panelist and professor at the School of Politics and Global Studies, in contrast believes that the Capitol riot has the potential to be a major political milestone.

She is hopeful that the U.S. can use the violence to question who we are as a nation, what constitutes our union, what our shared values are and how we relate to one another around the democratic ideal of equality.

“On an optimistic note I think there is that potential, and I would welcome that conversation and opportunity,” Kirkpatrick said.

She provided reactions from different political leaders on what happened during the Capitol riot, pointing out that a common theme was that each leader referred to the behavior of the rioters as “extremely and entirely un-American and un-democratic.”

While mobs are often spontaneous, Kirkpatrick found that some of these groups are organized in a public faction and mimic formal legal entities. In other words, she said that the traditional rioters were acting in place of the government, claiming they were virtuous citizens who were taking back power from corrupt authority.

“The historical violence demonstrates that there are two visions of democracy in America, we can see both at certain moments in history when they clash,” Kirkpatrick said.

She believes that democracy values the crowd over institutions and officials, that it is more participatory than institutional.

“Mob violence has a long history in the United States, though we might not like it, it is who we are,” Kirkpatrick said. “Also this violence has been justified with democratic language and ideas, we can see a similar tendency in the Jan. 6 insurrection, the crowd thought of itself as patriots.” 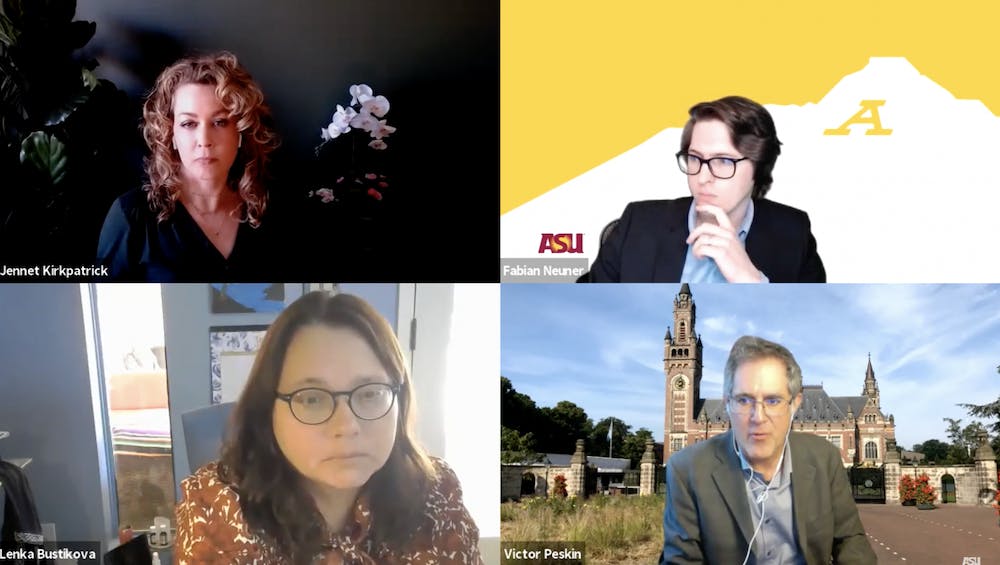 A screenshot of the School of Politics and Global Studies roundtable discussion on Thursday, Feb. 11, 2021, is displayed. The meeting covered topics related to the causes and consequences of the Capitol insurrection that took place on Jan. 6.

Assistant professor Fabian Neuner, the third panelist in the discussion who is also with the School of Politics and Global Studies, encouraged the audience to avoid viewing the Capitol incident in isolation and question if the resentment of the crowd is something that exists on the political spectrum.

Neuner pointed out that the role of party leaders and their reactions to dangerous political behaviors play a big role in the health of a democracy, which is what made the difference for legitimizing the violence.

OPINION: President Crow must speak out against domestic terrorism

“What we need is our leaders to take accountability and de-escalate (the violence) while also focusing on structural issues,” Neuner said.

He said that leaders are very powerful motivators who have enormous amounts of influence, adding that taking accountability for their own actions will be a huge step toward repairing the current climate of partisanship and political mistrust.

Every panelist agreed that if policy proposals were brought to the table which alleviate some of the grievances that ultimately boiled over to the Capitol violence, politicians would at least get on board to have a conversation.

“If they’re rejected at least we had a conversation about it,” Kirkpatrick said. “As long as the backlash is not violent there’s nothing wrong with debate, the U.S. will survive.”