Lucky review: how Biden beat Trump – and doubters like Obama and Hillary

It’s time to close this blog

As ever, it’s been a pleasure.

The blog will be back in the AM with Kelsie Iorio keeping you company.

At the time, anyone who had arrived in the NT from February 7 was ordered to self-isolate until they received a negative test result.

Police and health officials have conducted 270 compliance checks since Friday and say 38 potential breaches are under investigation.

Two people have already been fined $5,506 since Greater Melbourne was declared a hotspot. 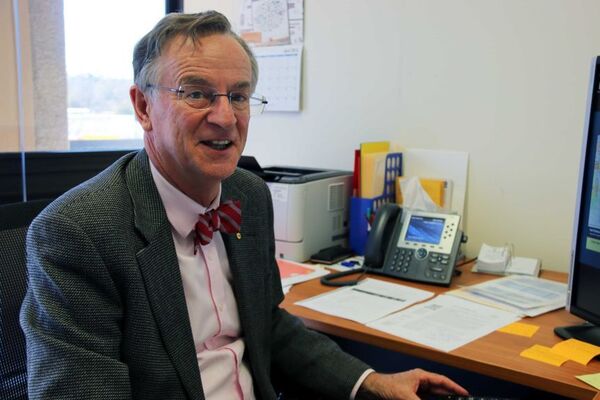 As states continue to enter lockdown after COVID-19 has escaped the hotel quarantine system, epidemiologist Professor Tony Blakely says it’s time for the Federal Government to co-ordinate a national auditor for hotel quarantine around the country.

“I’m putting on the table an independent agency to audit and even accredit those facilities,” he said.

“Why aren’t we having an independent agency in Australia that goes round and routinely visits quarantine sites? Sees where the mistakes are, sees where the improvements can be and reports on it openly and transparently.

“That is something the Federal Government could lead.” 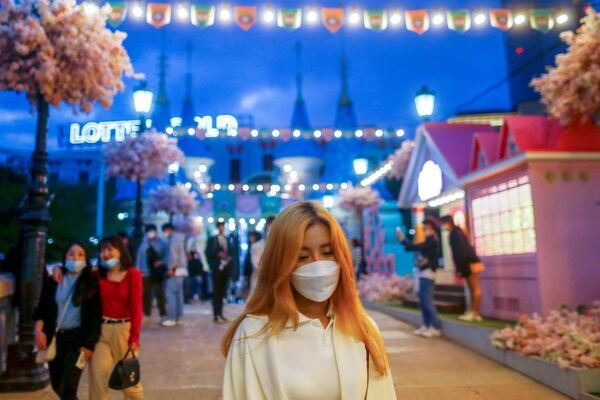 The move reverses an earlier decision.

South Korean authorities said last week they’d approve AstraZeneca for use first, and allow its use on the elderly, despite warnings from advisory panels about a lack of data on its efficacy in older patients.

Several European countries have said the shot should only be given to those ages 18 to 64, but AstraZeneca has said it triggers a good immune response in older people.

The decision is largely due to adjustments in the supply timetable of the 2.6 million doses of AstraZeneca vaccine from COVAX, the Korea Disease Control and Prevention Agency (KDCA) said on Monday.

It did not mention any production issues in Europe for the delayed schedule, which it put down to administrative processes at COVAX, and reiterated that its plan to reach herd immunity by November remained in tact.

Is there any good news out there at the moment?

Are there any good news articles lately? I hate being stuck at home with my family (in Melb.) because we always get into arguments. I just need some cheering up.

I do indeed have some good news for you.

Follow this link if you’d like to read about a koala named Triumph with a new prosthetic foot. 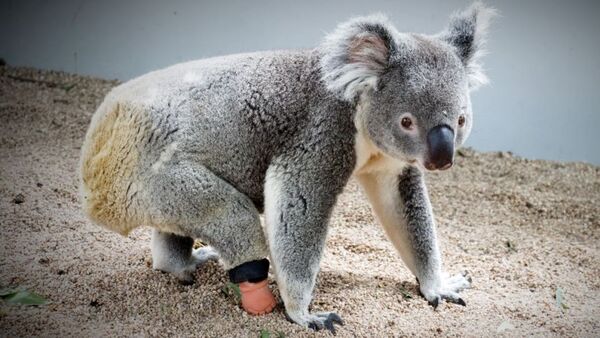 Anyone who’s been to a Tier 3 exposure site at the time listed should monitor for symptoms, get tested if they develop and isolate until receiving a negative result.

The new site is in Broadmeadows, at the Broadmeadows Central fresh fruit and vegetables section, west side of shopping centre, between 12:15pm and 1:15pm on February 9.

‘I’m worried about it’: Adelaide business owner fears impact of nearby COVID-19 medi-hotel 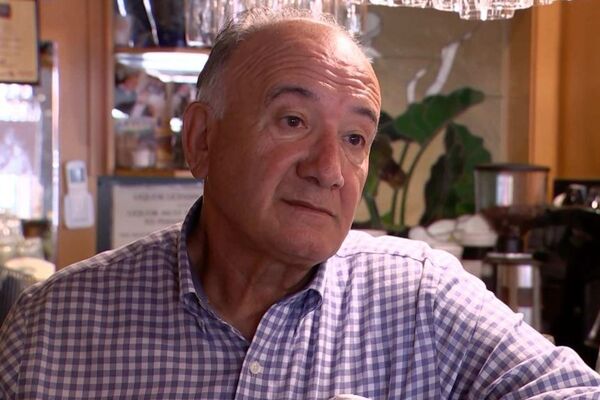 The opening of a new dedicated COVID-19 medi-hotel in the heart of Adelaide has caused angst among some nearby residents and business owners, despite *health authorities saying it poses no significant risk to the general public*.

The hotel was commissioned by the State Government in the wake of November’s Parafield cluster, which was sparked by a COVID-19 leak from the Peppers Hotel.

The proximity of the medi-hotel to his restaurant has him worried, with Tom’s Court located just 20 metres from the back of his business.

Britain now has its own hotel quarantine system for arrivals from 33 “red list” countries including Brazil and South Africa.

Travellers from red list nations will have to pay to spend 10 days quarantined in a hotel room (compared to our 14).

It’s only been in operation for a few hours so far, but health secretary Matt Hancock has said it’s going good.

“As of 6:30, when I got my latest update, this is working smoothly, we’ve been working with the airports and with the border force to make sure everybody knows the process,” Mr Hancock told Times Radio.

“It does appear to be going smoothly this morning.”

Meanwhile, PM Boris Johnson will this week judge how fast England can exist lockdown, but the death toll and hospital admission numbers are still too high for that to happen right away, Mr Hancock added. 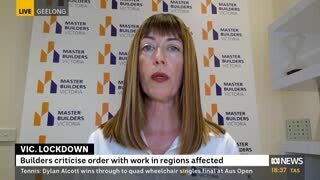 Under Victoria’s modified stage four restrictions, construction hasn’t been deemed essential work, though there are some exceptions according to the chief executive of Master Builders Australia, Rebecca Casson.

“But for the most part, particularly in regional Victoria, a very big difference today being seen across many work sites,” she told the ABC’s Karina Carvalho on News Channel.

Ms Casson said the industry understands the rules but are confused “because building and construction was deemed an essential industry the last time around”.

“Our industry has demonstrated we can be safe and keep our sites safe and open,” she said.

“It it takes any longer than Thursday, there [are] going to be some serious economic ramifications.”

Ms Casson added: “We are seriously concerned … For every day that our industry is locked down, the projected figures suggest that that is $455 million every day lost in revenue.”

After your daily dose of Casey Briggs?

The embedded videos keep buffering to the point I can’t watch them. I thought it could be my connection but I’m getting 100Mb down and 35Mb up.
The stream at the top is ok (not buffering) but the embedded videos are unwatchable. Anywhere else I can see the Casey Briggs updates? I need some calming analysis

Thanks for flagging this, Highway to the Danger Zo …………. n.

You can catch up with the latest from the ABC’s Casey Briggs here.

Can you choose which jab you get?

Am I able to choose which vaccine I receive?

Most people in Australia are expected to get the AstraZeneca jab. The Pfizer vaccine is going to be targeted to the highest priority groups, Health Department Secretary Brendan Murphy said last week.

He also said that on the whole people won’t be able to choose which jab they get.

Each person will get two doses of the same vaccine, spaced a few weeks apart. Health authorities won’t hand out the first doses until they are positive they have enough stocks in reserve for the second jab.

The Tom’s Court medi-hotel in Adelaide’s CBD has opened and can now begin accommodating COVID-positive patients.

The facility has been equipped with hospital-grade ventilation and rooms have a stove and fridge, to reduce contact with staff.

In a tweet, SA Health said the hotel would mainly house international arrivals, though rooms would be available if there were any cases of community transmission in the state.

“The medi-hotel will only be staffed by SA Health and SA Police,” the tweet added.

“Still will not be deployed to other medi-hotels or high-risk environments.”

A positive COVID case went to Sacca’s Fruit World in Broadmeadows on February 9, between 12:30pm and 1:15pm.

The exposure site was announced in the Victorian Chief Health Officer’s daily coronavirus update release, and doesn’t appear to be on the Department of Health’s website yet.

No new cases recorded in the ACT today

This means there are still zero active cases in the territory.

Victoria’s CHO echoes Premier, says it’s too early to tell if snap lockdown will lift at end of five days

“We all hope so, fingers’ crossed, but as we’ve said all along, it’s a day-by-day prospect which we have to review right up until all the really critical data comes in tomorrow, really and go to Cabinet with deliberations and decisions after that,” Professor Brett Sutton told ABC Radio Melbourne.

When asked what would be needed for the lockdown to end, he said seeing no more cases would be the most encouraging element.

“But also, if there are cases that occur but they’re in individuals who we know are already in quarantine, because they’re primary close contacts or their contacts,” he said.

He said there was “a reasonable likelihood” of further cases.

“We’re hoping that all of those would occur in people who’ve already been identified, already been quarantined and would not generate any more exposure sites,” he said.

Professor Sutton said Victoria’s hotel quarantine was being “investigated and improved and all of the measures are in place to minimise transmission”.

“But there’s no question than an open air setting with real distance between rooms is infrastructurally what we’d all love to see,” he said, adding he wished Victoria had quarantine facilities like Howard Springs in the Northern Territory, with open air cabins.

“We’ve got the infrastructure we’ve got.”

COVID fragments have been detected in the Loganholme sewage catchment

The Loganholme catchment receives sewage from:

Queensland Chief Health Officer Dr Jeannette Young said anyone in those areas with any symptoms at all should get tested.

She said: “It is critical we detect any cases that we may not be aware of as quickly as possible through our testing system, to contain any potential spread.

“We are concerned by the new variants that are emerging overseas that are more contagious than previous variants we have seen in Queensland.

“It’s also possible that this detection relates to previous COVID-19 cases that can shed viral fragments for a couple of months after they are no longer infectious.”

Wondering how Victoria’s outbreak swelled from three cases in quarantine to a cluster? 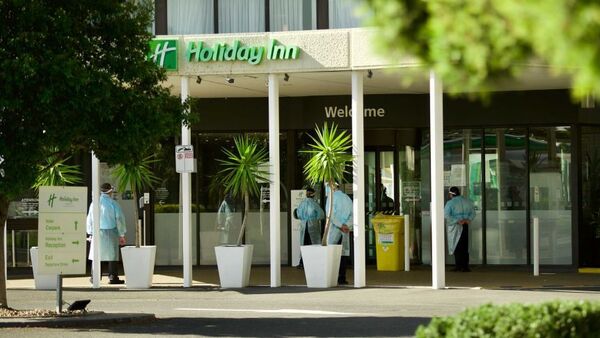 Officials are trying get ahead of positive cases that have resulted from an event in the city’s north last weekend.

As we wait to see whether or not the snap lockdown has helped turn things around, here’s a recap of what we know about how the situation unfolded.

Can you go to a funeral in Victoria if it’s more than five kilometres from your home?

A couple of hours back we had a question through to the blog from BMJ.

We’ve just heard back from Victoria’s Chief Health Officer, Brett Sutton, on this.

He’s confirmed it’s OK to travel more than 5kms from home if you need to go to a funeral during the lockdown.

“We will continue to monitor product availability and ask that customers continue to only buy what they need to help ensure everyone in the community has access to food and everyday essentials,” Coles said in a statement.