Queta, Utah State too much for Wyoming down the stretch 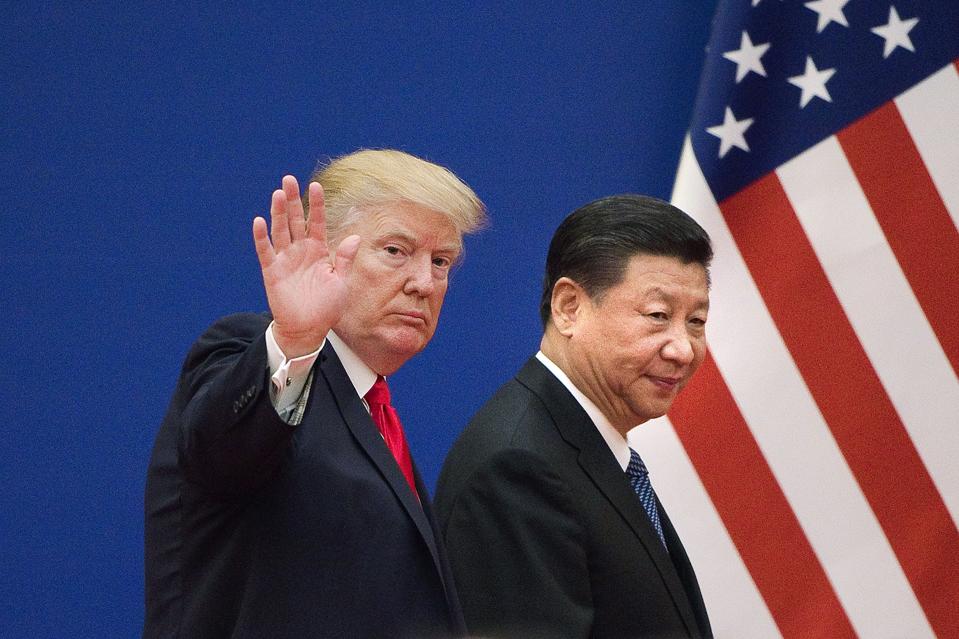 His view of international trade began long before the White House was even a glimmer in his Trumpian eye. A China conversation with (then) citizen Trump would start with a statement like: “China is eating America’s lunch” – and it would finish with: “China’s stealing American jobs” – aspirational thoughts that became fodder for his future Presidential campaigns.

The year before President Trump was sworn in, I relocated to Washington, D.C. to work on matters of international trade. In the beginning of the President’s term, it was interesting to watch the newly elected President mobilize China rhetoric into actual (if not somewhat distorted) China trade policy. However, like many things that exist in Trump World, China issues were often conflated, and the line between fact and fiction was definitely blurred.

Eventually, it was White House trade advisor Peter Navarro who emerged from the shadows as the cheerleader for President Trump’s stand on China. Retail would soon learn to react to Mr. Navarro, and convulse with each new Trumpian proclamation. However, no matter what you think of the trade tactics that were used, any time that cost is increased by outside intervention, the results will always come back to bite the retailer and the consumer in various and surreptitious ways.

In just a few days, power will transfer from President Trump to President Biden, and all the current China issues (real or imagined) will still be on the table. President-elect Biden has indicated that trade adjustments are plausible, but will not be the first priority, and that his team will seek global consensus when it comes to dealing with China. It is, however, interesting that while many in Congress objected to the methodology that was used by the Trump Administration, both sides of the aisle have grown to appreciate President Trump’s tougher stance against China. The problem in transition is that American retail is saddled with an invoice for the Trumpian tariff exercise – a bill that the industry never requested and clearly never wanted. The continued cries for tariff relief are heartfelt and staggering. There is also lingering optimism that the new administration will find a way to temper many of the trade issues at hand, while working to salvage a significantly distressed retail economy.

President Trump’s goal with China was always to increase USA exports and decrease imports – in a mechanical effort to lower the trade deficit between the two countries. Peter Navarro worked hard to justify their actions with his Seven Deadly Sins of China proclamation – which added flavor and a more broad-based appeal to their tariff exercise. However, most respected economists will tell you that mechanical manipulation (through tariffs) will not work. Tariffs did not succeed for President George Bush on steel, and they did not work for President Obama on tires. The premise is that when the economy is good – the trade deficit will increase, and when it is bad – it will naturally decrease. President Trump intentionally loaded tariffs on a wide range of products, and to this day, it remains clear that these actions did not provide any economic benefit. The trade deficit numbers for November 2020 were just released, and they amplify President Trump’s trade legacy. November 2020 shows the highest trade deficit in over a decade, and was actually one of the highest ever released. America imported far more than we exported, and thanks to the Trumpian tariffs, Americans are paying more for less. Eventually, all of this increased cost will catch up with the economy in the form of massive inflation – just like when the check comes at the end of a lengthy meal – there is a price to be paid.

Fact checking data that is specific to China – will demonstrate that during almost every year of the Trump Administration, our exports have declined. We went from 127 billion in 2017, down to $120 billion in 2018, down to $107 billion in 2019, and at $110 billion (as of November 2020) which includes the forced purchases of the China Phase One Trade Agreement. Unfortunately, the trade data is particularly sad for our “patriot farmers” who stood by the President’s policies, while their export business with China was drowning. It is also sad that President Trump once called out many business leaders as “badly run and weak companies” if they argued against his tariff ideas. In the final analysis, Peter Navarro encouraged a Trumpian trade policy that was doomed from the start, or simply ran out of time before it took effect.

Starting in 2021 and looking back in our rearview mirror – the China economy grew by 2.1% in 2020 and is expected to grow by 8.4% in 2021. Compare that to our USA economy which shrank by about -3.6% this year and may grow by 4% in 2021. President Trump’s China Phase One Trade Agreement has been a failure, the American retail industry is in shambles, China has formed a new trading block called the Regional Comprehensive Economic Partnership (RCEP) that excludes the United States – but covers 30% of the world’s GDP, and it is expected that the Chinese economy will surpass the United States by 2028.

For those who don’t believe how bad the retail numbers are, the data for fashion retail is just staggering. There were about 11,000 fashion retail doors that shuttered in 2020 and there are likely more than 20,000 total retail doors that will have closed in the calendar year. Retail bankruptcies were at a 10-year high, and loan defaults have been running at 20%. With all the door closures taken into account, retail mall vacancies were running at a 20-year high. At the end of 2020, there were 411,000 less people employed in the retail trade, than there were in February of 2020. There were 27 major retail bankruptcies in 2020, with more yet to come in 2021. The bankruptcies were huge and included BIG brand names like Neiman Marcus, Brooks Brothers, Ann Taylor, J.C. Penney, and J. Crew. The market for liquidating inventory and for excess real estate has been so bad that many creditors felt it was smarter to keep some retailers operating during 2020, rather than force them to close their doors (and have sub-optimal recovery). It’s hard to imagine but, in some cases, avoiding the line in bankruptcy court was actually better than physical store closure. This, of course, gives new meaning to the retail phrase “least loss.”

Sure, not all the blame belongs to the Trumpian tactics. In a lot of ways President Trump meant to do the right thing with the likes of transfer of technology and copyright infringement. Retail had plenty of issues before COVID struck, as there was too much square footage (which has now been pared down) and too much private equity involved. The bigger problem (at least for fashion retail) is that approximately 40% of all apparel and 60% of all footwear still comes directly from China. Supply chains have tried to move out, but the process has been slow. Plus, the number two sourcing destination has been Vietnam, and that country is now under Trumpian tariff threat as well.

Adding on to the tariff woes, the 116th Congress, in an act of benign neglect, failed to renew the Generalized System of Preferences (GSP) and the Miscellaneous Tariff Bills (MTB’s). Unfortunately, in addition to the extra dollars paid for the Trump tariffs, those who use the GSP and MTB programs will also be paying more tax. Wholesale prices in America will continue to rise, at a time when retailers simply cannot afford another hit to their bottom line.

President-elect Biden articulated that he doesn’t necessarily believe that President Trump’s tactics were good ones, but he has also indicated that there will be no rush to change them. Plus, he will seek consensus from other countries to globally change the China dynamic. The bottom line is that the needle isn’t going to move dramatically or very fast. It could easily be July, before there is any resolute action on changing Trump trade policy.

In the meantime, the fashion industry is sitting on the edge of a cliff. Most retailers are just working to adjust to the ever-changing landscape that surrounds COVID – in their effort to survive. It is absolutely true that the new Biden Administration will have a lot on their plate, but retail doesn’t want to be forgotten. Clearly, the cue line in front of bankruptcy court is destined to grow longer before any additional light shines through the tunnel. The $600 stimulus checks will help, but a third stimulus bill will help even more. As the National Retail Federation (NRF) likes to say: Retail is the largest private sector employer – supporting more than 1 in 4 of U.S. jobs.

When you look at how China distracted President Trump early in this term – with their visit to Mar-a-Lago and a U.S. State visit to China – it becomes crystal clear that China had out-maneuvered the Trump Administration. President Trump would refer to his “very good friend, President Xi” while China continued to dominate with their own economy, their defense of their trade initiatives, their performance on the Phase One Trade Agreement, their formation of the 15 country Regional Comprehensive Economic Partnership (RCEP), and their consideration to apply to the Trans-Pacific Partnership (TPP) – which President Trump abrogated on his first day in the Oval Office. As the Trump administration took their eyes off the issues at hand, China also expanded their re-training of the Uighur population, expanded their bases in the South China Sea, and cracked down on any thoughts of Hong Kong independence.

The bottom line is that the Trump Administration worked hard to adjust the balance of trade, yet failed to achieve their goals and subsequently weakened the entire relationship with China on many different levels. As we look to the future, the past is pretty clear: China won, Trump lost, Now, it’s Biden’s turn.