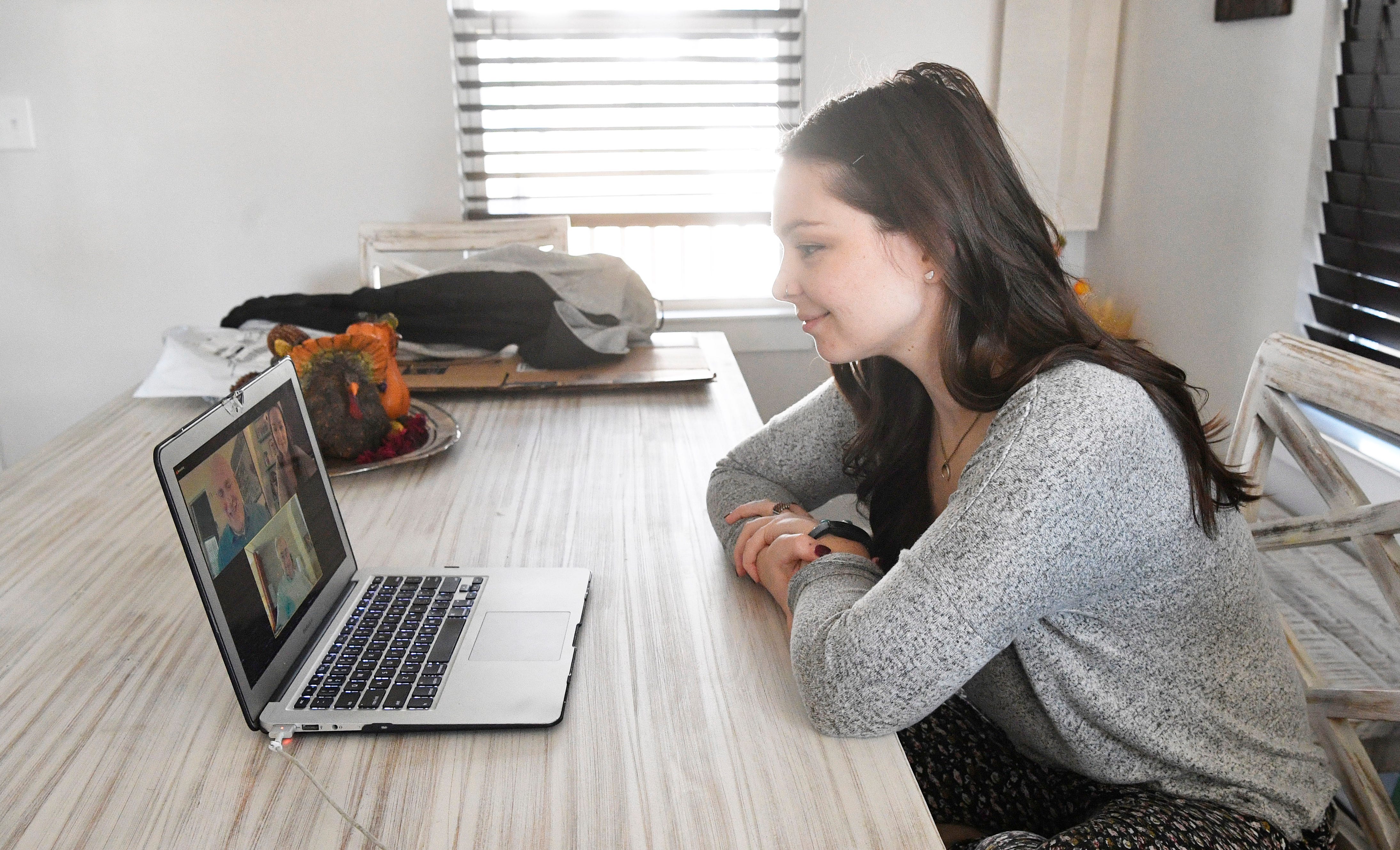 Father and daughter share about their different political outlooks

Preston O’Neal, a Trump supporter, and his daughter, Shelby O’Neal, a Biden supporter, talk via Zoom about their different views on politics

I became a lifelong Republican when I watched a Spanish-subtitled broadcast of President Ronald Reagan’s “shining city on a hill” farewell address at 5 or 6 years old.  I volunteered in 2000 for George W. Bush and continued volunteering for John McCain and Mitt Romney.  In 2016, I ran my county’s campaign for Marco Rubio.

I believe in the principles of human dignity, smaller and smarter government, strong international alliances and American leadership in the world.  Simply put, I’m an ideological conservative.

Like you, I have taken an oath to defend and protect the constitution of the United States. My principles first led me to take that oath as an American soldier, and later as an attorney. Most of my legal career has been in public service. This service began as a prosecutor, preserving the peace and dignity of Tennessee.  Now, I stand up for the poor against government overreach as a public defender.

Accept the results of a free election

I love this country from my roots, and from there I implore you to accept the results of this election.

You told your loyal supporters to vote on Election Day. They did in droves. Joe Biden told his supporters to vote early or by mail. They did. There is nothing fraudulent or unconstitutional about each state setting its own election rules. It is a perk of the federal system. It is also one of the strong defenses against the debunked attacks against the legitimacy of your own 2016 election.

Some states require votes to arrive by Election Day, while other states require them postmarked by the same day. There are both Republicans and Democrats counting votes. Media outlets from across the political spectrum and from all corners of the world constantly observe the counting. Some counters live-streamed the results through online video.

The majority of your votes, Election Day votes, were counted on Election Day. In the days that followed, these bipartisan teams counted the majority of the Biden vote from early and absentee ballots.  It’s that simple. This was a record-setting election, you should be proud.

A proud record of conservative achievement

While I often disapprove of your conduct as a candidate or as our president, I cannot dispute that you advanced several important conservative priorities. You should spend the next weeks celebrating those.

We now have a textualist majority on the U.S. Supreme Court. You took a fantastic first step in criminal justice reform and have used your office’s clemency pardons to undo some of the injustices caused by mandatory minimum sentencing and needlessly harsh sentencing guidelines. You achieved a conservative tax package.

Most importantly for Americans of all stripes and creeds, prior to the pandemic you presided over an economy where wages were finally rising, economic growth was red hot, and unemployment was at an all-time low.

Those things should be your legacy. Even Republicans like me will join you in celebrating that record.

Your state. Your stories. Support more reporting like this.
A subscription gives you unlimited access to stories across Tennessee that make a difference in your life and the lives of those around you.Click here to become a subscriber.

Trump legacy may be damaged

If you persist in frivolous attacks on voting, the most sacred of our secular rituals, your legacy will be beyond repair.

All the hysteria and hyperbole from the American left would be validated and retrospectively justified. You will be remembered as the only American president to resist the will of the people. Nobody wins in that scenario.

Abraham Lincoln often mentioned the rule of “public sentiment.” The public sentiment has spoken.  Going against this sentiment will be your greatest failure and redefine your legacy.

The time has come to follow George H.W. Bush’s lead and acknowledge that “ the people have spoken, and we respect the majesty of the democratic system.”

Willie Santana is a public defender and community leader from Morristown, Tennessee.