If you’re worried about watching the inauguration with your kids, you’re not alone

‘This is America’s day’: Biden inaugurated as 46th president, Harris sworn in as vice president

Dakar Rally officials today announced the route for the event’s second run in Saudi Arabia, to be staged from January 3-15, 2021. After this year’s event provided an introduction to the the Saudi deserts, the 2021 event will expand to include a wider range of the kingdom’s geography. “The characteristics of the route, as well as the new regulations introduced, aim to reduce average speed, further improve safety conditions and highlight the sporting qualities of the competitors,” according to the organizers.

A route of 7,646 km/4751 miles starting and finishing in Jeddah, including 4,767 km/2692 miles of special stages, will feature all-new special stages, with the aim to reduce the length and amount of fast sections while emphasizing driving technique, as well as crossing and navigation skills. A marathon stage will test the equipment management and endurance qualities of the competitors immediately following the rest day in Ha’il. 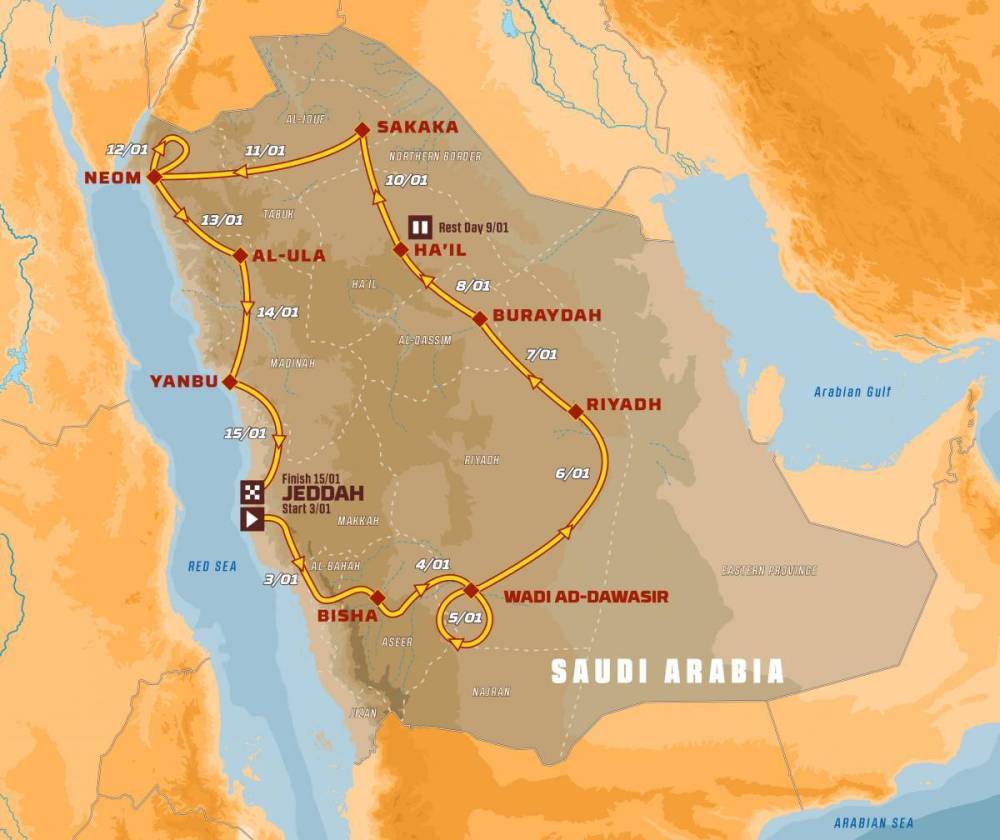 Despite the difficulties associated with the COVID-19 pandemic, a strong field of competitors have answered the call, with 321 vehicles on the entry list. In addition to the 108 motorbikes, 21 quads, 124 cars and SSVs and 42 trucks expected at the start, 26 vehicles have been entered for a regularity competition in the new “Dakar Classic” category, open to cars and trucks built prior to 2000.

This year’s overall winner behind the wheel of a Mini X-Raid buggy, Carlos Sainz returns to renew his battle with Toyota’s Nasser Al-Attiyah. With an already lively competition between the two leading constructors, the competition will be intensified by the return of Sebastien Loeb, who, like Joan “Nani” Roma in the private BRX team, will be back.

In the motorcycle category, Ricky Brabec and Honda this year put an end to a series of 18 consecutive victories for the Austrian manufacturer KTM, which will return with an all-star line-up of riders to try to begin another Dakar winning streak. Reigning quad category champion, Ignacio Casale, is returning to the truck category, the same class in which he made his Dakar debut in 2010.

Cyril Despres and Mike Horn will be another duo to keep an eye on, as they field an alternative energy vehicle for the Dakar.

Dakar participants will head into action on January 2 with a short prologue (11 km/7 miles) to determine the starting position of each competitor for the opening stage.