Is a new coronavirus variant to blame for this Brazilian city’s collapse?

The remarks from Zhang come as Alibaba (BABA) finds itself in the crosshairs of Chinese regulators. News of an imminent crackdown sent shares in the company and other Chinese tech giants plunging earlier this month. That came after officials slammed the brakes on the blockbuster IPO of Ant Group, Alibaba’s financial affiliate, following public criticism by founder Jack Ma of Chinese regulators.

Striking a more conciliatory tone, Zhang said on Monday that he welcomes more regulation, and noted that China’s digital economy has thus far been able to develop and innovate rapidly thanks to government policies.

Chinese officials are planning new policies and regulations to ensure the country’s online platforms develop in an orderly and healthy manner, Zhang said at China’s World Internet Conference on Monday, according to state news agency Xinhua. “We believe this is very timely and necessary,” he said. 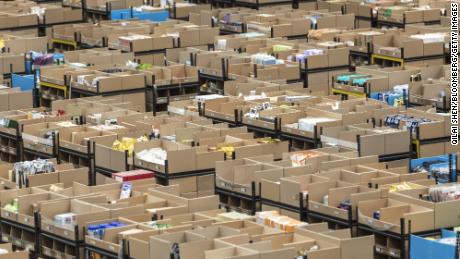 As China’s internet industry continues to develop, “many new problems and challenges will definitely arise,” Zhang added, and the government needs to manage them “with policies and regulations that keep pace with the times.”

About two weeks ago, China’s top market regulator outlined guidelines that it says are intended to prevent internet monopolies. The move spooked investors and immediately wiped $250 billion off Chinese tech stocks. Alibaba, JD (JD) and Tencent (TCEHY) were all hit hard, but their shares have since recovered some of those losses.

The draft guidelines identified several monopolistic behaviors that could soon become illegal, such as demanding that merchants choose only one online platform, selling below cost and price discrimination for consumers based on data analytics, according to analyst Dan Baker at brokerage firm Morningstar.

“The financial effects will depend on subsequent enforcement but we believe … Alibaba inherits more negative operational exposures to the antitrust rules, compared with JD and Tencent,” Baker wrote in a note earlier this month.

Zhang’s remarks come about a month after Ma publicly criticized Chinese regulators for stifling innovation, and blasted the country’s banks for having a “pawn shop” mentality.

Shortly after Ma’s comments, Chinese regulators pulled the plug on the highly anticipated public offering of Ant Group, the financial technology company affiliated with Alibaba and controlled by Ma.

The float was set to be the biggest IPO in history. But it was halted at the eleventh hour because officials said Ant could be affected by new restrictions.

Early this month, before the IPO was pulled, the Chinese government announced draft regulations for online consumer lending companies such as Ant. The proposed regulations include capping loans to individual borrowers at 300,000 yuan ($45,700), and requiring Ant to fund 30% of any loans it jointly sources with banks, as opposed to the 2% the company currently funds, according to a note from Fitch Ratings on Sunday.

“The move forms part of a toughening of the government’s regulatory approach towards large internet conglomerates,” Fitch analysts wrote. “It points to concern among regulators about the risks posed” by companies such as Ant, Fitch added.

— Hannah Zhang and Laura He contributed to this report.