Trump mulls preemptive pardons for up to 20 allies, even as Republicans balk

Orlando Sentinel – We are currently unavailable in your region

Winter is setting in, so it’s time for the Gamble-Tron to heat up and chill out. Makes sense, right?

Democrats took a risk to push mail-in voting. It paid off 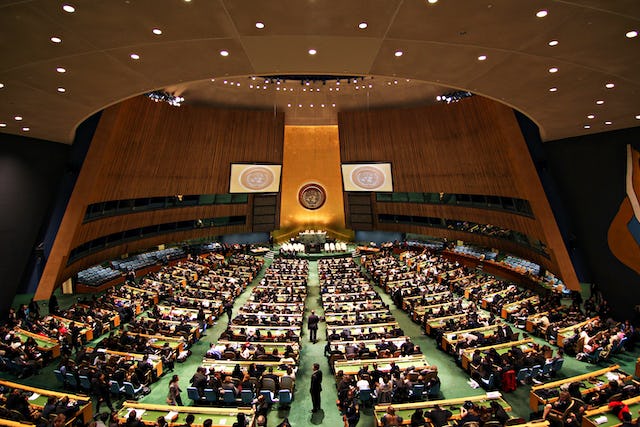 BIC NEW YORK — A committee of the United Nations General Assembly passed a resolution Wednesday, calling on Iran to observe human rights for all its citizens, including members of the Bahá’í Faith.

The Third Committee of the General Assembly approved the resolution by a vote of 79 to 32, with 64 abstentions.

The resolution calls on Iran to “eliminate, in law and practice, … all forms of discrimination on the basis of thought, conscience, religion or belief, including economic restrictions, … the denial of and restrictions on access to education, including for members of the Bahá’í faith…” The resolutions also urges an end to “other human rights violations against persons belonging to recognized and unrecognized religious minorities.”

For over 40 years, the entire Bahá’í community in Iran has been subject to continuous state-sponsored persecution, which the Bahá’í International Community (BIC) describes as multidimensional and affecting every one of its members across generations, within every phase of life, and even in death.

The BIC says, “While the specific tactics employed by the Iranian authorities have sometimes changed, their aim of destroying the Bahá’í community as a viable entity in Iran continues in full force.”

Bani Dugal, the BIC’s Principal Representative to the United Nations, says, “Through various means, the authorities maintain focus on this goal by striving to exclude Bahá’ís from the public sphere, prevent them from expressing their beliefs, impoverish them economically, undermine their intellectual advancement, erase traces of their history and culture, as well as spread disinformation about them and incite the public so as to create an environment of hatred against them.

“Let us hope that Iran will at long last pay heed to the recommendations in this resolution and the international community’s call for it to uphold the human rights of its citizens.”

The resolution will be confirmed by the plenary of the General Assembly in December.