Jaguars vs. Browns: What you need to know for Sunday’s NFL game

LETTER: The left will continue to hound Donald Trump

It’s one of the main reasons mask use is so important, the CDC said.

“Most SARS-CoV-2 infections are spread by people without symptoms,” the agency said in a section of its website devoted to explaining the science of how to use masks to control the spread of the virus.

“CDC and others estimate that more than 50% of all infections are transmitted from people who are not exhibiting symptoms,” it added in the guidance posted Friday.

“This means at least half of new infections come from people likely unaware they are infectious to others.”

According to the CDC, 24% of people who transmit the virus to others never develop symptoms and another 35% were pre-symptomatic. It also said 41% infected others while experiencing symptoms.

Peak infectiousness comes five days after infection, the agency said on the website. “With these assumptions, 59% of infections would be transmitted when no symptoms are present but could range (from) 51%-70% if the fraction of asymptomatic infections were 24%-30% and peak infectiousness ranged 4-6 days.” 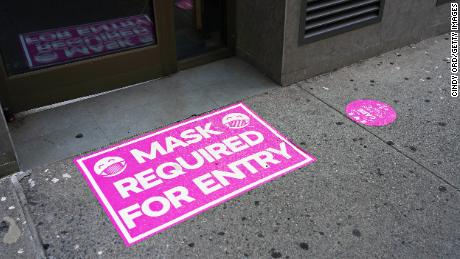 Hospital CEO says he had Covid and doesn’t need a mask. His staff are appalled.

It cited a study published in July in the Proceedings of the National Academy of Sciences and as-yet unpublished CDC data. Previously, the health organization has not characterized what percentage of infections are spread by symptomless people.

“Infection is spread primarily through exposure to respiratory droplets exhaled by infected people when they breathe, talk, cough, sneeze, or sing,” the agency added.

It also said people spew more droplets when they talk or sing louder or when they are exerting themselves more. 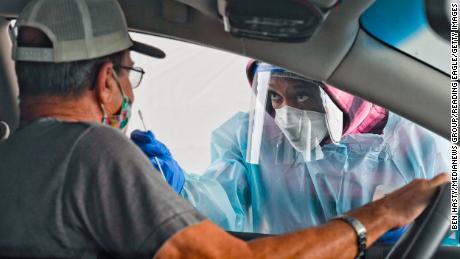 Don’t get a false sense of security with Covid-19 testing. Here’s why you can test negative but still be infected and contagious

“Among people who do develop symptomatic illness, transmission risk peaks in the days just before symptom onset (presymptomatic infection) and for a few days thereafter.”

So, people are spreading the virus when they have no idea they are infected.

Masks can prevent this spread.

Cloth masks can stop people from exhaling the little globs of mucus or saliva that carry the virus. Those particles can fly directly onto others, fall onto surfaces to be picked up, or linger in the air — especially in closed rooms.

The CDC also now said masks can help prevent people from inhaling the droplets, large and small, that carry the virus.