Every day, dozens of seamstresses for the Midnight Charm lingerie manufacturer in eastern Jiangsu province sew lace dresses, catsuits and playboy bunny outfits by the thousands.

About half of the products go to America.

If President Donald Trump had not increased tariffs on those products, owner Lei Congrui said a lot more would have gone to the U.S.

“Our American clients have cut back on orders [because of the tariffs]. They have to pay an extra 20% to 25% in duties for our lingerie,” Lei said.

The tariffs are part of a tit-for-tat trade war with China, where duties have been imposed on hundreds of billions of dollars’ worth of products. It is one reason Chinese exporters are keeping a close watch on the American election. 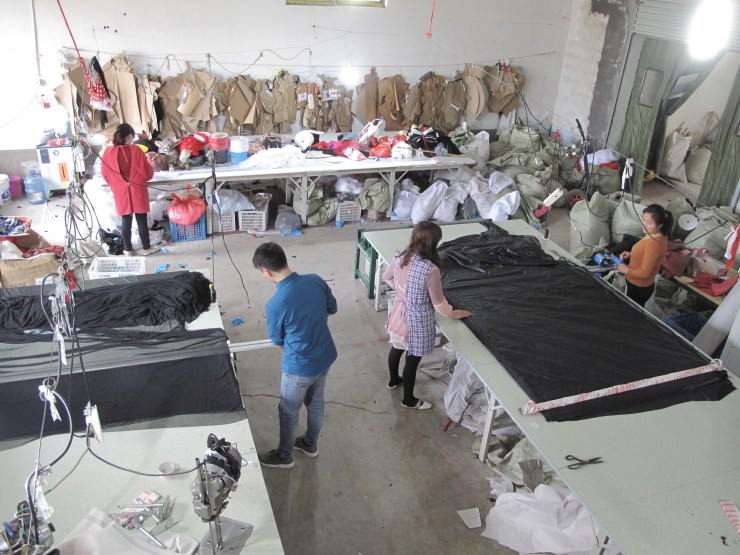 Workers cutting fabric on the factory floor of Midnight Charm lingerie factory located in a rural farming community. Half of the products they make end up in the U.S. (Charles Zhang/Marketplace)

Lei predicts President Trump will win based on a completely unscientific measure known as the “Yiwu Index.”

“If you look at manufacturers in Yiwu city, they make a lot of campaign merchandise for the U.S. election like T-shirts and flags. You can predict who will win based on how much merchandise they’re making,” he said. “It seems Trump’s side still has the biggest orders.”

He says another Trump term or a Biden presidency would make no difference to his business.

“Both Trump and Biden have campaigned on competition with China. They’re both racing to see who is tougher on China,” Li Yansong, overseas sales manager at E.MC Machinery, which manufactures machine parts used in cellphones and automobiles.

These products are also subject to a extra 25% in U.S. tariffs.

The Trump administration said the tariffs are in retaliation for China’s unfair trade tactics — an argument that Li rejects.

“There is no unfairness in our trade. The Chinese work hard so Americans can get cheap and good products,” Li said. “The real problem is Americans want to work less and earn more.”

Marketplace reached out to two dozen exporters it has been in touch with over the past couple of years. Most either did not respond or said they didn’t want to be interviewed.

Part of it is fear of retaliation from the Chinese government.

“Both Trump and Biden have campaigned on competition with China. They’re both racing to see who is tougher on China.”

However, most manufacturers in China who export to the U.S. have said it is very difficult to find a substitute for the American market.

The management at Midnight Charm lingerie factory, for example, had been trying to shift sales to other countries. Then the pandemic hit.

“We’re no longer selling to Africa. Sales to the Middle East have dropped by half. We sell to shops in Europe and consumption there hasn’t recovered,” factory owner Lei said.

“Right now, our only export market is the U.S. to e-commerce vendors,” he said.

Lei is also boosting domestic sales in China, but the clientele doesn’t have as much spending power in the smaller-tiered cities, where consumption is increasing.

Typically, his outfits sold to America cost 70 yuan ($10.50) a piece to produce. Meanwhile, Lei has to create products that can be made for a dollar for e-commerce sites in China like Pinduoduo.

Many Chinese manufacturers have said they like dealing with the U.S. because no one buys more than Americans. Plus, U.S. clients pay on time compared to Chinese firms. 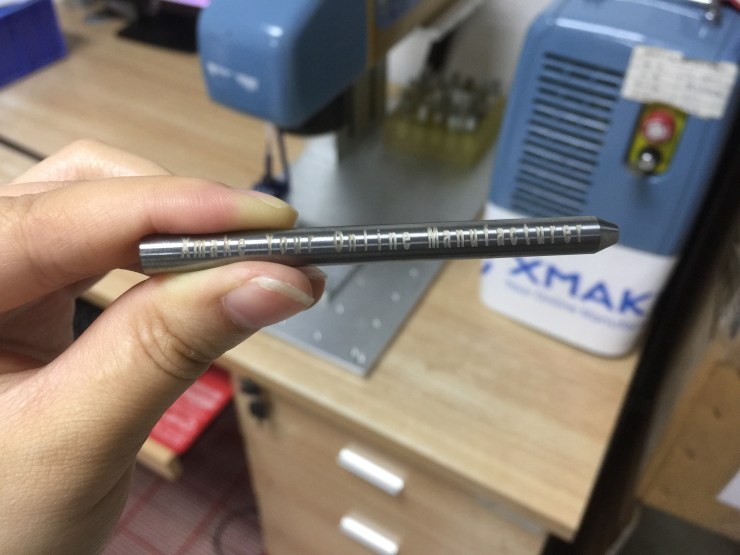 Metal and plastic parts manufacturer Xmake cites the U.S. as one of its top two export markets. (Courtesy of Xmake)

Some Chinese businesses are willing to do a lot to keep selling to the U.S.

“If the American government doesn’t decrease tariffs on our products, we might consider moving our factories outside of China,” Claudio Zhou, sales manager for a metal and plastic parts manufacturer called Xmake.

Her message to whoever wins November’s election? Don’t demonize China.

“Most Chinese people are kind. We don’t want to take over the world,” Zhou said. “The U.S. containment of China might just make us develop faster.”

As a nonprofit news organization, our future depends on listeners like you who believe in the power of public service journalism.

Your investment in Marketplace helps us remain paywall-free and ensures everyone has access to trustworthy, unbiased news and information, regardless of their ability to pay.

Donate today — in any amount — to become a Marketplace Investor. Now more than ever, your commitment makes a difference.