Saudi-Israeli relations: The curious case of a NEOM meeting denied

Confused by the College Football Playoff Rankings? We Can Help

Senior figures in European governments believe Boris Johnson is waiting for the result of the US presidential election before finally deciding whether to risk plunging the UK into a no-deal Brexit, according to a former British ambassador to the EU.

Ivan Rogers, who was the UK’s permanent representative in Brussels from 2013 to 2017, told the Observer that a view shared by ministers and officials he has talked to in recent weeks in several European capitals, is that Johnson is biding his time – and is much more likely to opt for no deal if his friend and Brexit supporter Donald Trump prevails over the Democratic challenger, Joe Biden.

Rogers said: “Several very senior sources in capitals have told me they believe Johnson will await clarity on the presidential election result before finally deciding whether to jump to ‘no deal’ with the EU, or to conclude that this is just too risky with Biden heading for the White House, and hence live with some highly suboptimal (for Johnson) skinny free-trade agreement.”

The former ambassador to the EU – who quit under Theresa May’s premiership because of disagreements over Brexit strategy – remains in regular contact with senior government figures in EU capitals. Rogers said that if Trump won he and others in Europe believed Johnson would think “history was going his way” with his rightwing ally still in the White House. The prime minister would therefore be more likely to conclude he could strike a quick and substantial post-Brexit US-UK trade deal than if Biden emerged as president after the 3 November poll. By contrast, a Biden administration would prioritise rebuilding relations with the EU that have been damaged by Trump.

Rogers joined other former UK diplomats last night in warning that a Democratic administration under Biden would prove hugely problematic for Johnson and the UK government, threatening the so-called special relationship. “I don’t think either Biden or his core team are anti-British, but I think they are unimpressed by both Johnson and his top team,” he said. 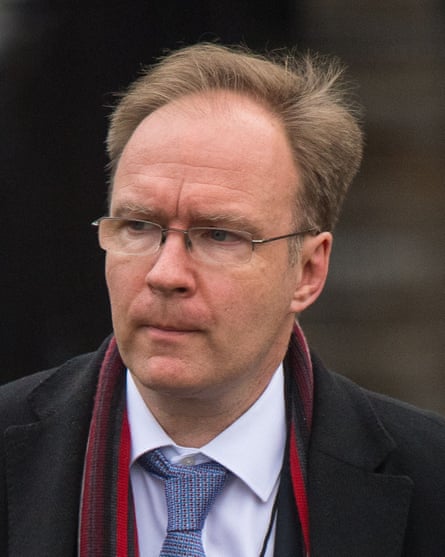 “They believe him to have been an early and vigorous supporter of Trump, and that Brexiteer thinking – which they think has damaged the unity of the west – has many parallels with Trumpism. So I really doubt there will be much warmth in the personal relationship. And Biden’s would simply not be an administration which viewed European integration as a negative.

“The UK’s absence from the EU will make it clearly less influential because it can no longer lead European thinking on the geo-strategic issues which will matter hugely to Biden. So [Biden] will put Berlin and Paris – and indeed Brussels – back at the heart of US thinking: not uncritically, because the US will still have serious issues with EU approaches on economic and security issues..”

Kim Darroch, a former UK ambassador in Washington, who quit the post in 2019 after the leaking of diplomatic cables in which he criticised the Trump administration as “inept”, said Biden might even favour a US-EU trade deal over one with the UK.

Darroch said: “Whoever wins in November the bedrock of the relationship – defence, security and intelligence collaboration – will remain as strong as ever. But if it’s Biden, there are likely to be some issues. The Democrats don’t like or support Brexit. They may prioritise trade deals with the Pacific region or the EU over a UK/US deal. They will block a trade deal with us if they think we are putting the Good Friday agreement at risk. And they remember and resent Johnson’s comments in 2016 about ‘the part-Kenyan president’ having ‘an ancestral dislike of the British empire’ – not to mention Johnson telling US diplomats that Trump was ‘making America great again’.”

Last week the international trade secretary, Liz Truss, insisted a deal with the EU could still be done although substantial disagreements remain before the Brexit transition period ends on 31 December. The main problem areas include fishing rights, post-Brexit competition rules and how any deal would be enforced.

Jonathan Powell, who served as a diplomat in Washington in the 1990s before becoming Tony Blair’s chief of staff and taking control of negotiations that led to the Good Friday agreement, said Biden believed Johnson had imperilled the Irish peace process. He said: “Biden is very proud of his Irish antecedents. He has always been active on Northern Ireland since before I was in Washington. He takes a close interest in the Northern Irish peace process and sees it as an outrage that Johnson has in his cavalier manner threatened peace in Northern Ireland for so little reason. So that is going to be chalked up against him.”

In Washington there are plenty of foreign policy advisers around Biden who worked in the Obama administration and have not forgiven Johnson for his “part-Kenyan” comments. The camp sees Johnson as part of the same populist phenomenon that brought Trump to power. And from the Democrats’ point of view, the UK outside the EU will make it less important as a partner on the world stage.

“In all these giant issues – tech and disinformation and China, and trade, the position of the EU on those issues is just a lot more important than the position of the UK,” said Ben Rhodes, Obama’s foreign policy adviser. “For these big ticket items I think that Brussels, Berlin and Paris are just much more in the middle of it all, than London will be.”

Foreign Office and Downing Street officials downplay the prospect of difficulties in the “special relationship” if Biden wins. They point out the UK will have opportunities to take the lead on the world stage and build relations with a new US administration. They cite the fact that the UK will chair the UN security council from February, and the rotating presidency of the G7 from the US, as well as hosting the 26th Conference of Parties (COP 26) on climate change in Glasgow in November 2021.

“Climate is really important,” a British official said. “That’s really going to help because you’ve seen lots of comments from Biden about how important that is to him, and since we are leading on COP, it will be something where they will instantly recognise our value and our importance.”

A Downing Street spokesperson said: “The US election is an internal matter for the US. We welcome the intensive talks taking place with the EU in London over the weekend, where for the first time we will be negotiating on legal texts and across all areas at the same time.