Israeli officials believe Oman is next in line to normalize relations with Israel in the near future, following the Jewish state’s blitz of deals with the United Arab Emirates, Bahrain, and most recently Sudan, according to a report Saturday.

Channel 12 said sources in the government claimed an announcement was even potentially possible before the US presidential election on November 3rd, though they stressed it could take more time, as Muscat would likely wait to see where political winds are blowing in Washington before making any major decisions.

Oman hailed the accords between Israel and the two Gulf states last month, expressing hope they would “contribute to achieving a comprehensive, just and lasting peace in the Middle East.”

Prime Minister Benjamin Netanyahu visited Oman in 2018, the first trip by an Israeli leader in over two decades, in what was seen as a sign of warming ties between the Jewish state and the Sunni Arab world. 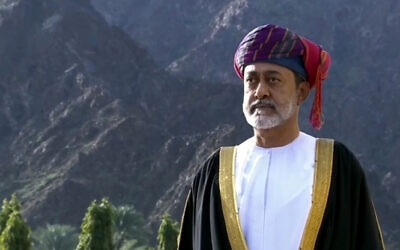 Meanwhile, Channel 12 also reported that Mossad Chief Yossi Cohen has stated he believes Saudi Arabia will normalize ties with Israel, but will do so after the US election, to capitalize fully on such a decision with whoever is the next president.

The report said Israel believes any such Saudi decision will be cushioned by a significant arms deal with Washington, similar to the US agreement to sell advanced weaponry to the United Arab Emirates, which Israel has approved, but which has proven highly controversial in Jerusalem.

Praising the new deal with Sudan Saturday evening and citing last month’s normalization with Abu Dhabi and Manama, Netanyahu said: “We brought three peace deals in six weeks. It’s not luck, it’s not coincidence but the result of clear policy, and our efforts.” 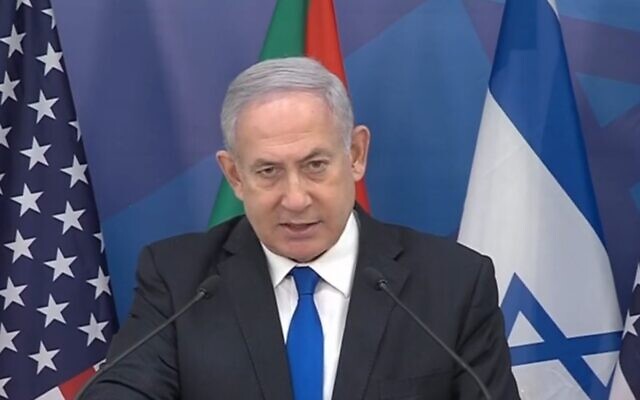 On Friday US President Donald Trump predicted that Saudi Arabia would soon forge ties with Israel.

Speaking to reporters as he held a three-way phone conversation with the prime ministers of Israel and Sudan to announce their normalization agreement, Trump said at least another five Arab nations wanted to join the diplomatic bandwagon, which saw the inking of similar agreements involving Bahrain and the UAE last month.

“We have at least five that want to come in,” Trump told reporters in the White House.

“We expect Saudi Arabia will be one of those countries,” he added, as he praised the country’s “highly respected” rulers King Salman and Crown Prince Mohammed bin Salman.

Saudi leaders have publicly ruled out forging ties with Israel before a Palestinian state is created, even as they have welcomed the normalization deals between the Jewish state and Gulf Arab states signed in Washington last month.

“We hope Saudi Arabia will consider normalizing its relationships as well. We want to thank them for the assistance they’ve had in the success of the Abraham Accords so far,” said Pompeo, while hosting Saudi Foreign Minister Prince Faisal bin Farhan Al Saud in Washington.

When the White House announced in August that the United Arab Emirates and Israel had agreed to establish full diplomatic ties — a move matched by Bahrain weeks later — Saudi Arabia refrained from criticizing the deal or hosting summits condemning the decision, despite Palestinian requests to do so. The Palestinians have slammed the agreements as a “betrayal of Jerusalem, Al-Aqsa Mosque and the Palestinian cause,” but government-controlled Saudi media hailed them as historic and good for regional peace. 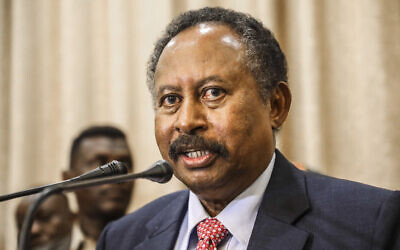 The kingdom also approved the use of Saudi airspace for Israeli flights to the UAE, a decision announced the day after Jared Kushner, Trump’s son-in-law and senior adviser, met with Crown Prince Mohammed bin Salman in Riyadh. Kushner has been pushing Arab states to normalize ties with Israel and has said that the Jewish state could eventually enjoy fully normalized relations with Saudi Arabia.

Covert ties between Israel and Saudi Arabia are believed to have been growing in recent years. The shift in policy has reportedly been led by the crown prince, who sees Israel as a strategic partner in the fight against Iranian influence in the region.

Some Saudi officials have also stepped up criticism of the Palestinians.

In a recent interview, the former Saudi ambassador to the US and former intelligence chief Prince Bandar bin Sultan called Palestinian leaders “failures” who squandered opportunities for peace over decades.

AFP contributed to this report.