Mermaid diving is making a splash in China

Analysis: China dresses down the US; and climate’s ‘hammer’ blow

President Donald Trump has inspired a new TikTok trend in which users copy his “YMCA” rally dance moves, and his supporters are running with it, declaring it the “Trump Dance.”

The new dance trend is set to a mash-up between “Viva La Vida” by Coldplay and “Swing” by Savage, which originally inspired a trend called the “Viva La Swing” dance.

This trend sees TikTok users dance, typically in the street or a parking lot, swinging their hips while the person filming moves around them, to the lyrics: “Oh s***, shake that a** ma, move it like a gypsy/Stop, whoa, back it up, now let me see your hips swing.”

But TikTok users have co-opted the trend and are posting duets of themselves mimicking the president’s dance moves.

TikTok user @crisnate0 originally uploaded the clip of Trump dancing (originally to “YMCA”, but edited to be set to the “Viva La Swing” song), which now has 8.9 million views, while a video by TikTok user Julia Keith copying Trump’s moves—which sparked the trend of mimicking the president—has been viewed 4.3 million times at the time of writing.

It is unclear if Keith started the dance trend in support of Trump or to mock his moves. On Instagram stories, Keith shared a screen recording of Trump supporters sharing her video with a GIF that said: “I’ve made a huge mistake.”

However, fans of Trump seem to think that the video was made in support of the president, with Ivanka Trump even sharing the TikTok on Twitter, where it has been viewed more than a million times. On TikTok, users are jumping on the trend and recreating Keith’s video.

The clip of Trump dancing was from taken from a video of him dancing to “YMCA” by Village People at a Pennsylvania rally on October 13. Village People founder Victor Willis has mocked Trump’s use of “YMCA” and has asked the president to stop playing the song—as well as “Macho Man”—at his rallies and events.

This isn’t the first TikTok trend to be inspired by the president’s “YMCA” dance moves. A video of Trump dancing to “YMCA” at an Ohio rally in September inspired pro-Trump singer Ricky Rebel to create a parody of the song, substituting “YMCA” for “MAGA,” which has also been covered by Trump supporters on the platform. 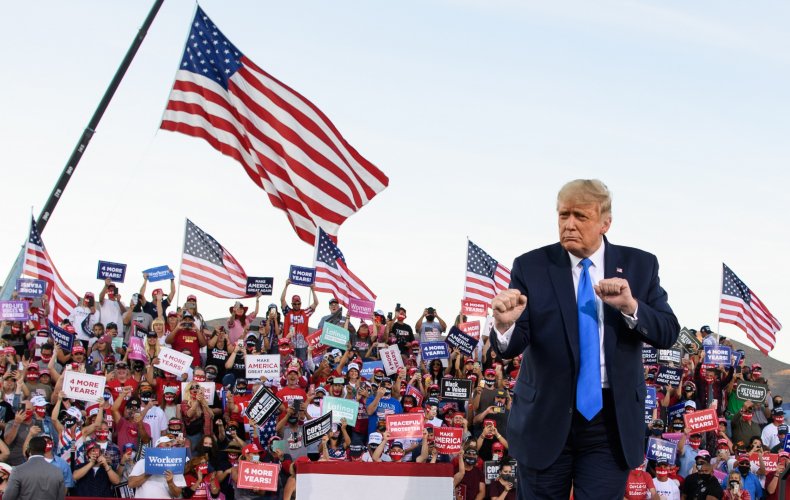