It took every day of Major League Baseball’s condensed 60-game schedule, but the postseason field is officially set in stone.

A total of 16 teams comprise the bracket, with players taking the diamond for the Wild Card series as soon as Tuesday.

What do you need to know heading into the playoffs? Let’s get you up to speed.

As mentioned, 16 teams made the playoffs this year rather than the usual 10 as a result of MLB and the Players Association agreeing to an expanded field prior to Opening Day.

In addition, the Wild Card series will be a best-of-three affair, a departure from the normal single-game format.

Who are the favorites?

The Los Angeles Dodgers, who lost back-to-back World Series in 2017 and 2018 before losing to the eventual-champion Washington Nationals last year, are the heavy favorites at +350, according to FOX Bet’s insights. 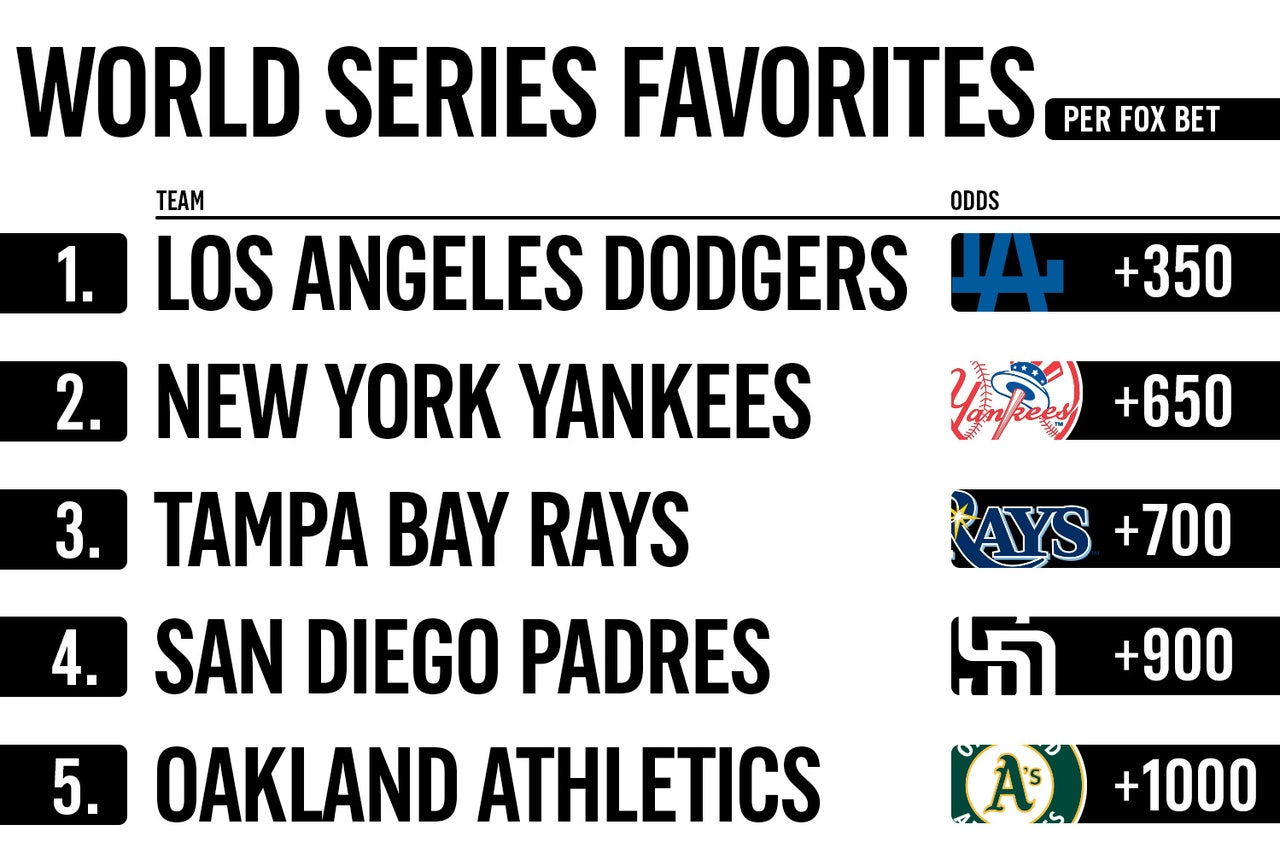 Fellow NL West combatants San Diego check in at +900 following a busy stockpiling of talent at last month’s trade deadline. The Braves (+1100) and Cubs (+1500) are also among the favorites out of the NL.

In the AL, the fifth-seeded Yankees are the most dangerous team by FOX Bet’s insights at +650. The AL East champion Rays come in just behind their rivals at +700, with the A’s available at +1000. Menawhile, the Twins and White Sox are both being offered at +1400.

Any injury concerns to be aware of?

Despite a shortened season, plenty of players are dinged up heading into the playoffs.

While most of the aforementioned players are deemed day-to-day at the moment, they, along with a number of others, will likely have to tough it out during the postseason grind.

Others, like Marlins pitcher Jose Urena, will miss out on the playoffs altogether, unfortunately.

Will there be a bubble?

Of sorts. The Wild Card games will be played at the home of the higher seed before MLB pivots to several neutral-site bubbles.

That means starting Tuesday, the Rays, Indians, Twins and A’s will all host playoff games in the AL before heading to a bubble in California. The Dodgers, Padres, Cubs and Braves will also play their Wild Card games at home before switching venues to Texas.

For the AL, the two Divisional Series will be played in San Diego at Petco Park and in Los Angeles at Dodger Stadium from Oct. 5-9. The NL will play in Texas at Globe Life Park in Arlington and Houston’s Minute Maid Park from Oct. 6-10.

Will fans be allowed?

“We are pressing ahead to have fans in Texas. One of the most important things to our game is the presence of fans. Starting down the path of having fans in stadiums, and in a safe and risk-free environment, is very, very important to our game.”

Get more from Major League Baseball Add to your favorites to get information about games, news and more.in this topicshare story

What You Need To Know: MLB Home Stretch

What You Need To Know: MLB Home Stretch

Playoff baseball is less than a week away. What’s at stake in the final days before the Wild Card begins? Let’s catch you up.

MLB players reacted to the $10 million donation and the goal of promoting participation of Black Americans in the sport.

A troublesome 2020 season for the Astros just got worse, as Justin Verlander might have thrown his last pitch for Houston.

On Thursday night, the Buck family learned that it will soon have two members in the Pro Football Hall of Fame.

All Aboard the Ryan Express

All Aboard the Ryan Express

Nick Swisher breaks down why you kids just don’t know how great the all-time strikeout king Nolan Ryan was.