A leak of a trove of data from Donald Trump‘s 2016 presidential campaign has revealed that it targeted millions of African Americans with a ‘deterrence’ campaign that critics are calling voter suppression.

The leak, reported by Britain’s Channel 4 News  describes the deterrence element of the campaign voter file, which includes information on 200 million Americans that the campaign sliced and diced for potential electoral benefit. 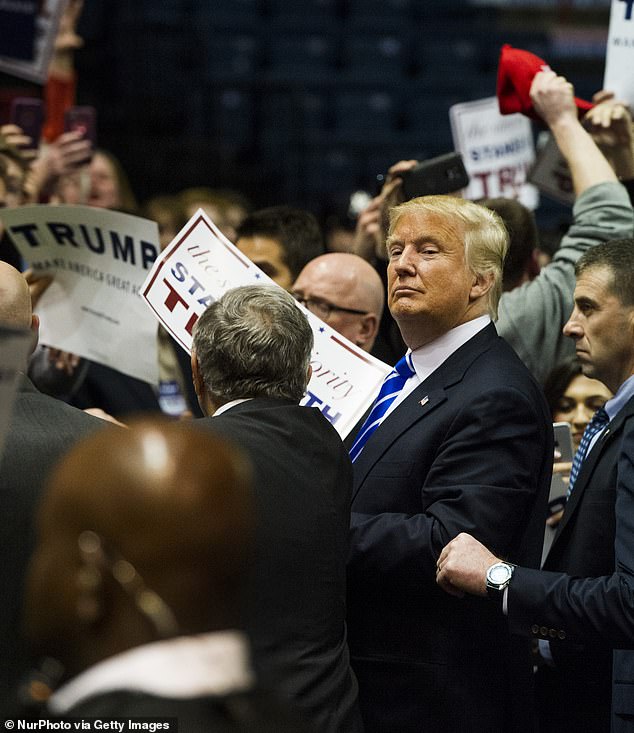 President Donald Trump’s campaing is being accused of voter suppression after compiling information on a ‘deterrence’ category of voters that included 3.5 million African Americans

Termed ‘Project Alamo,’ a Texas-based digital team worked on the voter file that was a sophisticated effort to gather data on millions of voters in order to try to target campaign resources most efficiently to have an effect, according to the report.

According to the analysis, in Georgia blacks made up 61 per cent of the ‘deterrence’ category – despite making up about a third of the population. 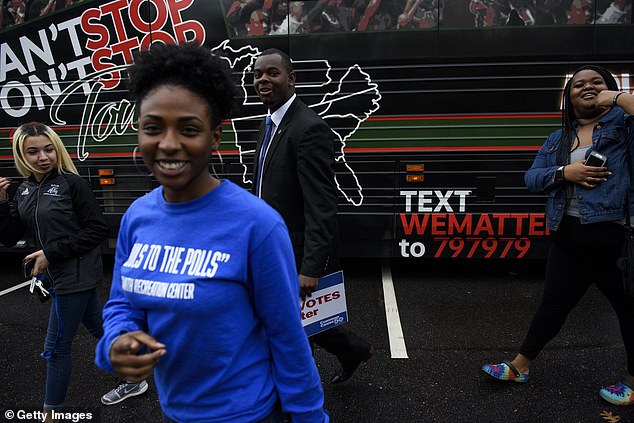 Fayetteville State University students get off a Black Votes Matter bus at Smith Recreation Center on March 3, 2020 in Fayetteville, North Carolina. 1,357 Democratic delegates are at stake as voters cast their ballots in 14 states and American Samoa on what is known as Super Tuesday. The data leak reveals ‘deterrence’ efforts that included 3.5 million black voters 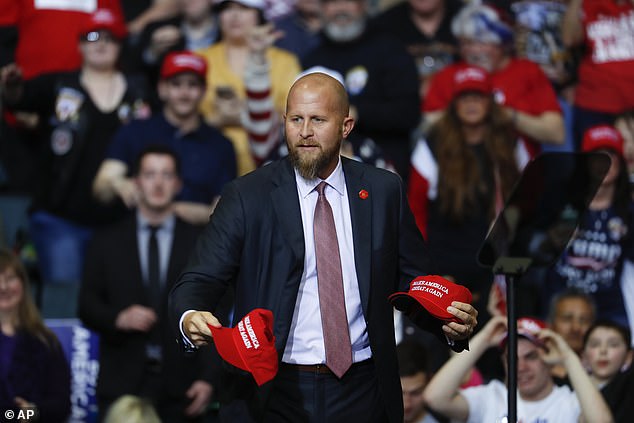 A document from the now-defunct Cambridge Analytica indicates the campaign targeted ‘AA’ voters – African Americans – with a video of Democrat Hillary Clinton referring to ‘super predators,’ with a $55,000 buy in Georgia.

Clinton had used the term when refer to young blacks.

Trump’s former campaign manager Brad Parscale told ‘Frontline’ during the last cycle: ‘I would say I’m nearly 100 percent sure we did not run any campaigns that targeted even African Americans.’

Trump’s 2020 campaign did not immediately respond to a request for comment.

Jamal Watkins, vice president of the NAACP, labeled the campaign ‘suppression’ –a charged term given the legacy of efforts to keep blacks from voting.

‘The thing that’s shocking slash troubling about this is that there’s this category of suppression. That ‘Deterrence’ part,’ he told the channel.

The campaign also had a radio spot using Clinton’s 1996 remark.

Although it is impossible to quantify if the campaign had an effect, black turnout in battleground Wisconsin dropped by 19 per cent from 2012, when Barack Obama was seeking reelection, to 2016 with Clinton vs. Trump on the ballot.

Trump’s 2016 campaign didn’t shy from its effort to use slashing attacks on Clinton as a way to drive down turnout.