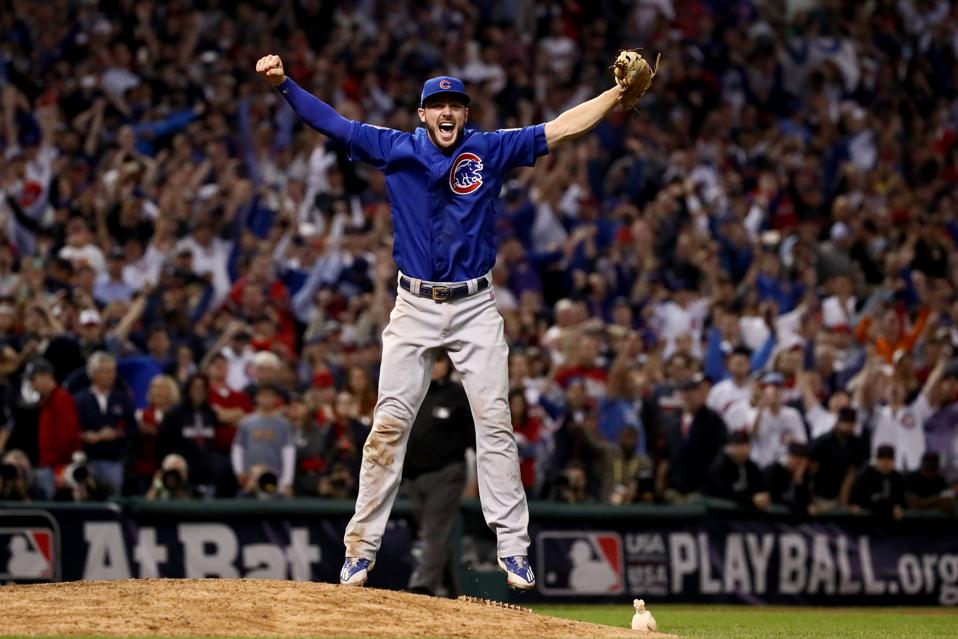 CLEVELAND, OH – NOVEMBER 02: Kris Bryant #17 of the Chicago Cubs celebrates after defeating the … [+] Cleveland Indians 8-7 in Game Seven of the 2016 World Series at Progressive Field on November 2, 2016 in Cleveland, Ohio. The Cubs win their first World Series in 108 years. (Photo by Ezra Shaw/Getty Images)

No sport lends itself to statistical analysis like baseball, and no sport’s postseason is accompanied by as much preview material as the one put on by Major League Baseball.

The days before the start of the playoffs are usually a chance for those who follow the sport to break down the postseason matchups utilizing every bit of information possible. The eye test, analytics, long- and short-term evaluations of the players involved and playoff history for players and teams that may or may not be relevant in the present — it’s all tossed into the stew, mixed together, often in a position-by-position format, until a consensus is reached. It may not be correct, but at least there’s a logic and an order to the methodology.

This year, though? Outside of one element — more on that shortly — it might just be easier to borrow a page from the co-worker down the hall who always fares well in the NCAA Tournament pool by picking teams based on their mascots, locations or because a friend of a friend of a friend went to Loyola of Chicago so they’re gonna make the Final Four.

Indeed, Major League Baseball isn’t even trying to conceal the March Madness-ization of what used to be the shortest and most exclusive playoff field in sports. After the briefest season since 1878, the league’s official website is hosting a bracket challenge in advance of the largest postseason tournament ever, which is scheduled to begin this afternoon with four American League wild card series games before the NL joins the party Wednesday.

There are 16 teams in the playoffs — six more than a year ago, eight more than in 2011, 12 more than in 1993 and 14 more than in 1968 — including a pair of sub-.500 teams, the 29-31 Astros and Brewers. But unlike a small-school Cinderella, the Astros and Brewers didn’t even get hot for a few days at the end of the schedule. The Astros ended the season by losing three straight games to the Rangers, who finished an AL-worst 22-38. The Brewers went 3-5 in the final week and lost Sunday’s finale yet backed in when the Giants and Phillies lost. 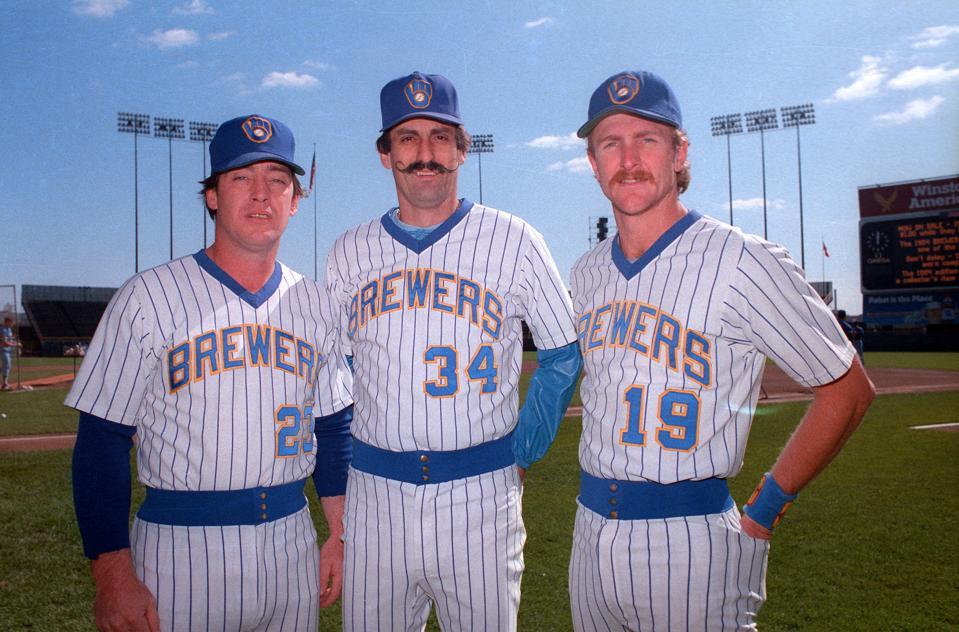 But if you want to pick them to reach the World Series because they had awesome uniforms in the ‘80s (which they did) or because it’s 2020 and nothing makes any sense (which it doesn’t), we won’t stop you. Predict chaos, it’s probably the safest bet, especially with four rounds being crammed into 30 days, the final three rounds being played in a bubble setting at neutral sites and no off-days built into any series except the World Series.

(Once again, imagine reading any of that in January)

The most chaotic part of the playoffs might begin today. While a best-of-three series removes some of the randomness of the wild card game, it’s still an awfully small sample size by which to begin determining a champion.

As chaotic as a best-of-three series can be, though, the toughest part awaits for the eight teams that advance to the division series. In a normal October, teams can build their pitching staffs around their bullpens. Relievers can be leaned upon heavily because there are two scheduled off-days built into every series.

This is, of course, the most abnormal of Octobers (so much so, the month actually begins in September). With no off-days scheduled, teams are going to have to rely heavily on their starting pitchers—at the end of a truncated, modified season in which only eight teams receive an average of five innings per outing from its starters.

And thus we arrive at the one element that might be useful in trying to predict who will emerge in the World Series in Texas — identifying the teams whose starters went deepest into games during the regular season.

The Indians and Cubs, who engaged in a classic seven-game clash that ended with the Cubs winning it all for the first time in 108 years, ranked first and second in average length of start this season. Indians starters averaged 5.83 innings per game while Cubs starters averaged 5.42 innings.

The innings produced by Indians and Cubs starters were generally high-quality, too: The Indians ranked first in the bigs with a 3.17 starters ERA while the Cubs were sixth (3.77). 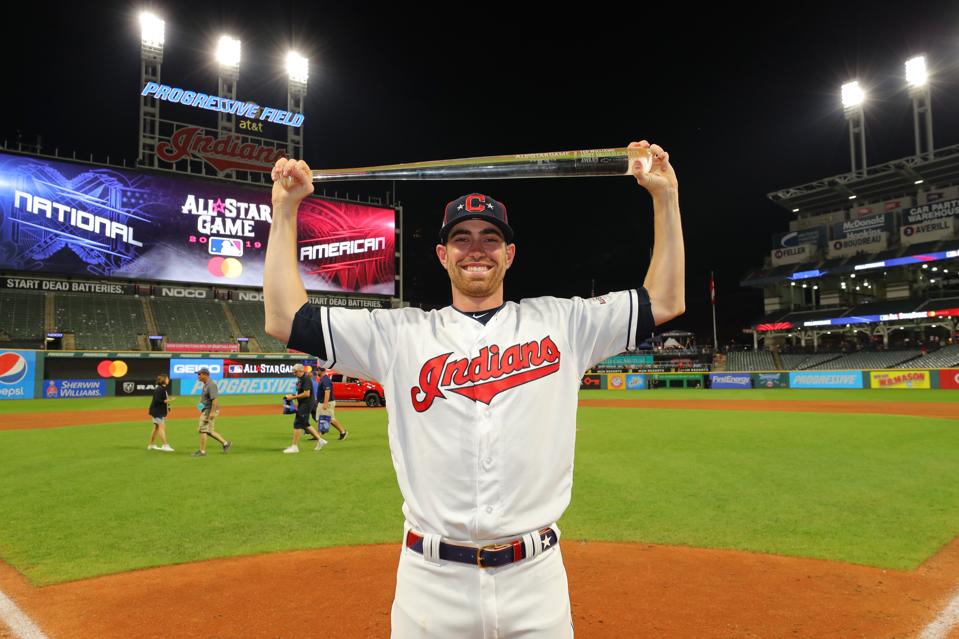 Both staffs feature some of the game’s best pitchers. The Indians’ Shane Bieber (8-1, 1.63 ERA) should be the unanimous AL Cy Young winner, Zach Plesac (4-2, 2.28 ERA) probably would have gotten some votes if he didn’t spend three weeks in exile for being a knucklehead and going out with ex-teammate Mike Clevinger. Carlos Carrasco (3-4, 2.91 ERA) has been an ace-caliber pitcher for most of the last six seasons. 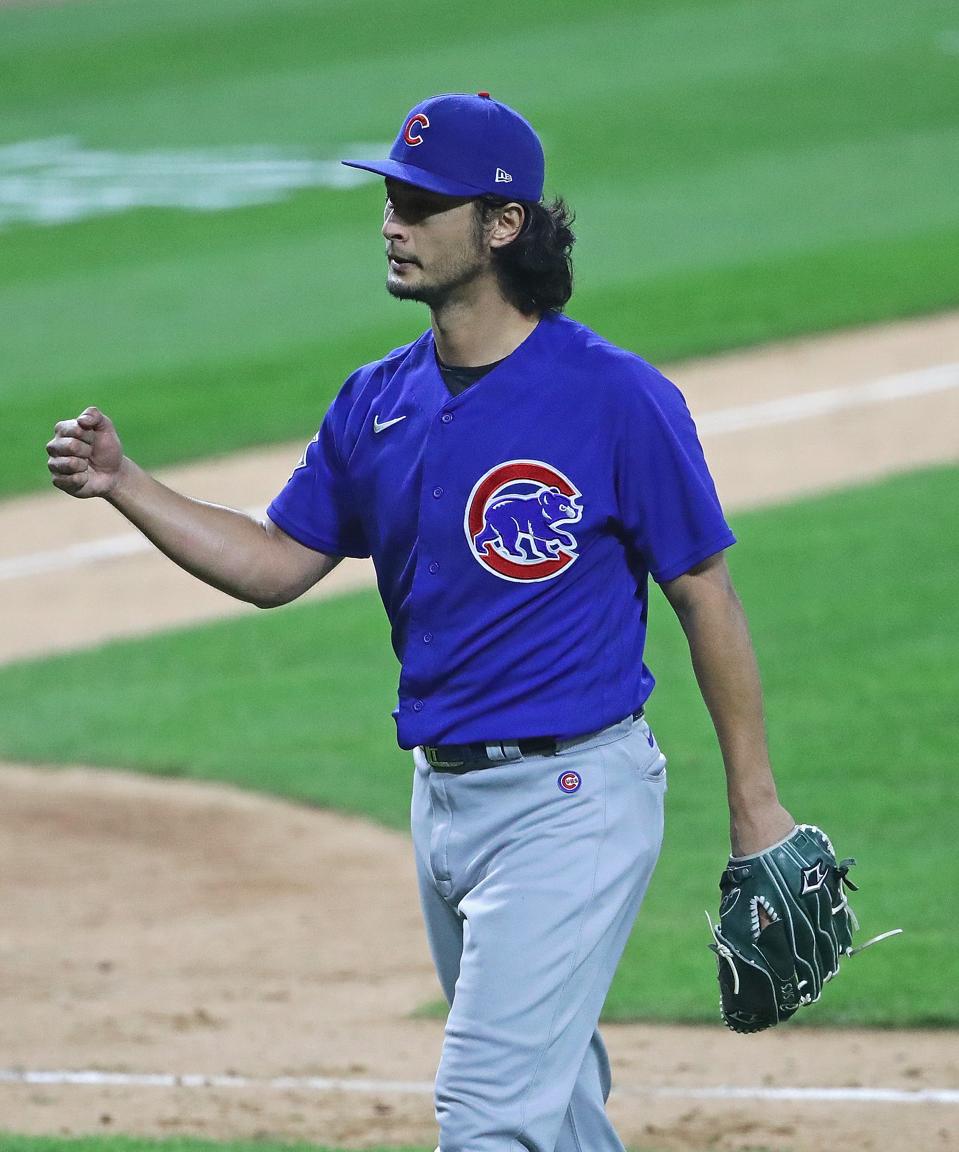 CHICAGO, ILLINOIS – SEPTEMBER 25: Yu Darvish #11 of the Chicago Cubs celebrates after pitching the … [+] 7th inning against the Chicago White Sox at Guaranteed Rate Field on September 25, 2020 in Chicago, Illinois. The Cubs defeated the White Sox 10-0. (Photo by Jonathan Daniel/Getty Images)

Like anything else in 2020, using the durability of starting pitchers to forecast the World Series teams is an imperfect exercise. Nobody played a “full” schedule of nine-inning games, which skews the innings pitched totals. The Cardinals played 11 doubleheaders — and would have played a 12th Monday if they didn’t clinch a playoff spot Sunday — which means seven-inning games comprised 38 percent of their schedule. The Yankees and Marlins played seven doubleheaders apiece while the Indians and Dodgers played one each and the Rays and White Sox played two each.

So maybe innings pitched isn’t the way to pick the World Series teams this year. Maybe it’s time for a body-of-work franchise to make it and win it. Maybe the Athletics, finally freed of the randomness of the wild card game, go on the run that proves Billy Beane’s you-know-what works in October, too. Maybe the Dodgers, who have surely been planning for October since reconvening for spring training 2.0, prove their starters averaged fewer than five innings per game for a reason and the franchise that won it all in the last drastically shortened season gets another chance to end its championship drought. Maybe, with Tom Brady suiting up for the Buccaneers and the Lightning hoisting the Stanley Cup last night, this is the year of Tampa and the Rays are going to get back to the World Series.

Or maybe Trevor Bauer pitches every game for the Reds. Or maybe the Braves, short on starting pitching but loaded with positional player talent, win a postseason series for the first time since 2001 and get a chance to win the World Series for the first time since 1995 — the last time MLB played a season shorter than 162 games. Or maybe the Marlins, the true Cinderella of this bunch, make the World Series because they don’t know they’re supposed to make it (and also because the Marlins make the World Series 100 percent of the time they’ve reached the playoffs).

Perhaps Gerrit Cole is as dominant as he was for the Astros last fall and out-duels Bieber tonight to begin carrying his new team to its first pennant in 1,100 Yankees fan years. Maybe the long rebuilds by the White Sox and Padres yield long-awaited returns to the World Series. Maybe the Blue Jays, who played their home games in upstate New York, thrive in a bubble setting and win the pennant for the first time since 1993. Or maybe the Twins, who no longer have to face the ghosts of postseasons past in a first-round series against the Yankees, finally get over the hump. Maybe the Cardinals have a lot left in the tank after all those seven-inning games. 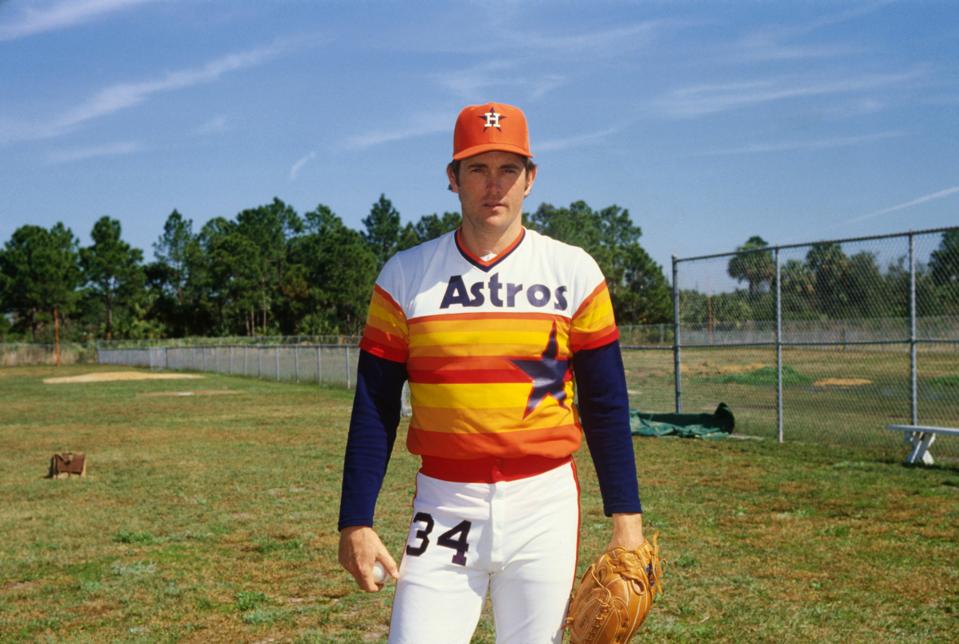 Or…or…or…you know what, instead of all that, you could just go with whomever wore the coolest uniforms in the ‘80s: The Astros and Brewers.