The number of new coronavirus cases recorded in the UK has fallen for the second day in a row, despite a significant increase on last weekend’s figures.

A total of 5,693 people were registered as having tested positive for COVID-19 on Sunday, compared to 6,042 on Saturday.

And although those numbers showed a day-on-day fall, they represented a substantial rise from 3,899 last Sunday and 4,422 on the previous Saturday

What are the measures in your area?

Cases had risen for five successive days up until yesterday, although there has previously been a lag in the number of new infections and deaths being recorded at weekends.

Today’s figures take the overall number of confirmed cases to 434,969.

No data was available for the number of tests carried out during the 24 hours in question, meaning it was not possible to estimate the current positivity rate – or how many people tested positive per test conducted.

The government also said another 17 people had died within 28 days of testing positive for coronavirus as of Sunday, bringing the UK total to 41,988.

Separate figures published by the UK’s statistics agencies show there have now been 57,600 deaths registered in the UK where COVID-19 was mentioned on the death certificate.

Various experts have said there is limited value in comparing the numbers with those being recorded during the peak months of April and May, when there was far less testing.

Imperial College researchers suggest there were more than 100,000 daily new infections at that point.

The government hopes it’s relaunched COVID-19 “Test and Trace” smartphone app, designed to curb the spread of the virus, will help bring the number of infections down

Health Secretary Matt Hancock said on Sunday that more than 10 million people had downloaded the app.

Ministers say an issue with the app that meant it could not accept around a third of test results has been resolved.

A total of 16 million people across the country – more than a quarter of the population – are, or will imminently be, living under additional lockdown restrictions. 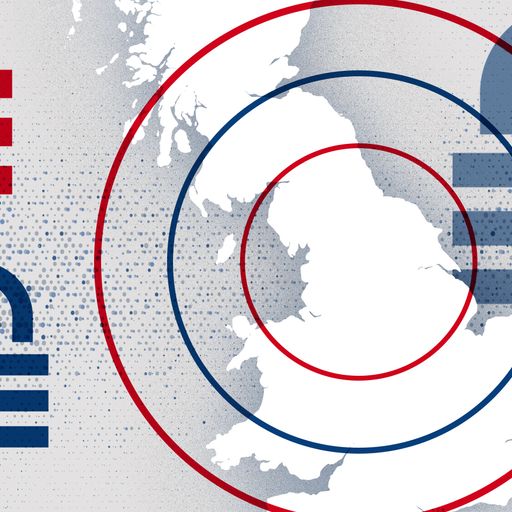 A quarter of Britons face local lockdowns – what are the measures in your area?

It comes a day after Boris Johnson urged the world to unite against coronavirus – and apparently warned against the comparison of countries’ death rates.

In a pre-recorded speech to the United Nations General Assembly, the prime minister said “the very notion of the international community looks tattered” nine months into the pandemic.

“COVID-19 has caused us to cease other vital work, and I’m afraid it made individual nations seem selfish and divided from each other,” he said.

“Every day people were openly encouraged to study a grisly reverse Olympic league table, and to take morbid and totally mistaken comfort in the greater sufferings of others.

“We cannot go on like that, we cannot make these mistakes again.”

The UK’s official number of coronavirus deaths is the highest in Europe and fifth largest toll in the world.