Coronavirus in DC, Maryland, Virginia: What to Know on Nov. 30

In total, it means the Republican Party will have thousands of people on hand to shape every element of voting — both on Election Day and in the days after.

It’s a massive undertaking — one the RNC calls its largest election-year legal effort ever. And it’s one that could determine the winner of the pandemic-beset 2020 election. Both political parties are bracing for the Nov. 3 election to spill over into the days and perhaps weeks after Election Day, given the drawn out process of counting what’s expected to be a historic number of mail-in votes. Since Republicans and Democrats vehemently disagree over how — and when — those ballots should be counted, the court system might be the ultimate arbiter. 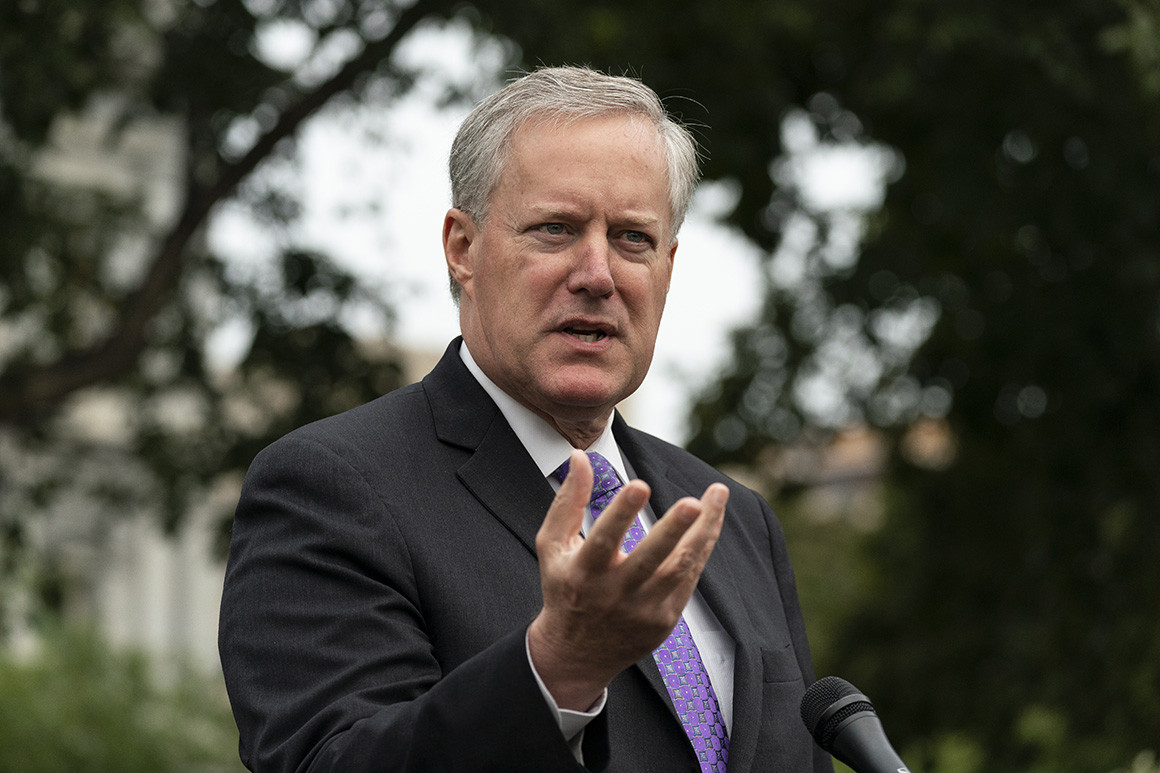 “We’ve been hard at work on our planning and strategy for quite some time,” said Justin Riemer, chief counsel at Republican National Committee, one of the leaders of the effort. “We will spend whatever it takes to make sure the election is conducted orderly and that we push back on the Democrats’ litigation to strike down various safeguards on the election process.”

The RNC’s venture is being coordinated with the Trump campaign and the committees supporting GOP Senate and House candidates. The organization had already been planning to erect a robust legal apparatus for 2020, but stepped up its efforts when the coronavirus outbreak prompted many states to expand voting by mail, alter deadlines and send out ballots and ballot applications to all registered voters.

With both Republicans and Democrats preparing for battle, election officials expect a more chaotic aftermath this Election Day than even two decades ago, when the race between George W. Bush and Al Gore didn’t end until the Supreme Court weighed in more than a month later.

“I don’t think we’re thinking about how these sorts of changes we are making in a knee-jerk, ad hoc way are all going to add up to a potential contested election that could be significantly worse and more contentious than Bush v. Gore in 2000 — and could be a genuine constitutional crisis,” said Jason Snead, executive director at the conservative Honest Elections Project. “We’re just not thinking about that iceberg and we’re just steering straight toward it.”

Democrats have launched their own gargantuan effort, doubling their efforts since 2016. They’ve amassed a team to educate voters, respond to charges of voter suppression and counter foreign interference and misinformation, according to the Biden campaign.

The effort is being led by Dana Remus, Biden’s general counsel, and Bob Bauer, a former White House counsel during the Obama administration who joined the campaign full-time this summer. It includes a national team for special litigation spearheaded by former solicitors general Donald Verrilli and Walter Dellinger, as well as Marc Elias, a nationally recognized Democratic elections lawyer, according to the campaign. Former Attorney General Eric Holder also is involved.

“The Biden campaign has assembled the biggest voter protection program in history to ensure the election runs smoothly and to combat any attempt by Donald Trump to create fear and confusion with our voting system, or interfere in the democratic process,” Biden campaign spokesman Michael Gwin said. 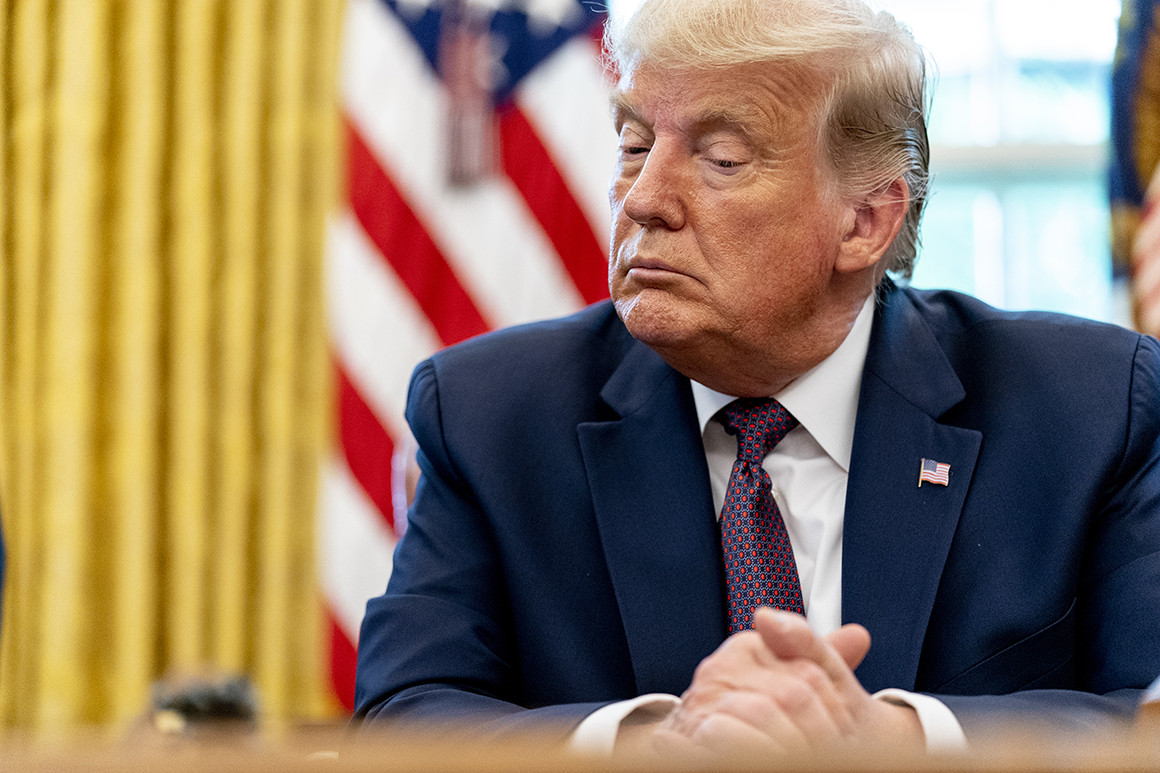 Trump has spent months railing against mail-in voting as the pandemic raged and his poll numbers dropped. Last week, he said the Supreme Court may be required to hear Election Day disputes and declined repeatedly to commit to accept the results if he lost the election. “This is a disaster waiting to happen,” Trump said at a campaign rally in Newport News, Va., Friday night.

Republicans have pushed back against Trump’s rhetoric on the peaceful transfer of power — and even on mail in voting. Members of both parties accuse the president of trying to undermine confidence in the election in order to explain away or fight a potential loss in November.

“Donald Trump is both desperate and can’t bear to be seen as a loser,” said David Lublin, an elections expert at American University. “So he’s got to come up with some way that he either doesn’t lose or he can pretend to all of his followers that he was forced out unjustly due to the massive fraud that somehow did not plague all the previous elections.”

Republicans are likely to dispute election results in two main areas — the authenticity of mail-in ballots and the deadlines for mail-in ballots to be received and counted. Election officials worry those actions could penalize voters for human error, and that ballots could get thrown out because of a sometimes slow United States Postal Service.

While there could be problems with in-person voting — election officials are worried about long lines and a shortage of workers at in-person polling stations — Trump has urged his supporters to go vote on Election Day.

There is little evidence that mail-in voting leads to fraud. But problems can occur with the system: Voting rolls that determine who receives a ballot could be inaccurate, ballots could be sent to the wrong address or lost in the mail, or voters may have their ballot tossed out for not following directions. Ballots also get tossed because the signatures or names don’t exactly match those on file.

Republicans have seen problems across the country in primaries this year that they think could return in November: More than 100,000 ballots were rejected in California; 1,000 people voted twice in Georgia; nearly 1,800 ballots came in too late to be counted in Indiana; and many voters said they never received their ballots in New Jersey.

“The Trump campaign is fighting to ensure every valid ballot across America counts as we work to deliver the free and fair election Americans deserve,” said Matthew Morgan, general counsel for the Trump campaign. “The Lawyers for Trump coalition, which grows daily, will rally support for President Trump as they lend their time and legal expertise to protect the integrity of November’s election.”

Most Republican attorneys are being tapped from a trio of law firms: Consovoy McCarthy, which defended Trump in his effort to stop Congress and New York prosecutors from receiving his financial records; Jones Day, which has raked in millions from the Trump campaign since before the 2016 election; and King and Spalding, which once employed FBI Director Christopher Wray.

Republicans are also recruiting and training thousands of poll watchers, who don’t need law degrees. The RNC is able to take a role in coordinating Election Day poll monitoring this year following the lifting of a 1982 court settlement that had forbidden them from doing so after the party faced accusations it was discouraging African Americans from voting.

Even before Election Day, Republicans had pledged to spend $20 million to challenge voting rule changes resulting from the pandemic. They have had successes in some lawsuits, challenging everything from the location and presence of ballot drop boxes to whether third parties can collect and submit bundles of absentee ballots. Still, the suits have failed to stop the 10 states that are planning to send ballots to all voters — Trump’s main complaint. Many cases are ongoing.

The strategy has received criticism from an unexpected source: Benjamin Ginsberg, a nationally recognized elections lawyer who represented four of the past six Republican presidential nominees, including Bush. Ginsberg blasted Trump in an op-ed last month.

“The president’s words make his and the Republican Party’s rhetoric look less like sincere concern — and more like transactional hypocrisy designed to provide an electoral advantage,” he wrote in The Washington Post.