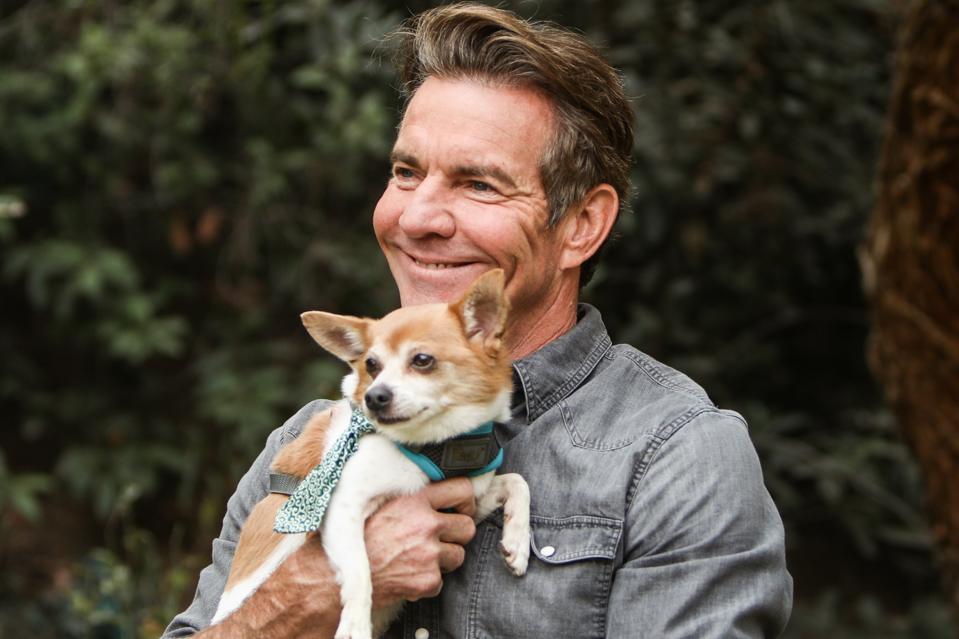 Is actor Dennis Quaid going to be part of a $300 million “defeat despair” ad campaign organized by … [+] the Trump administration before the November 3 election? (Photo by Paul Archuleta/Getty Images)

Gee what should you do with $300 million during the ongoing Covid-19 coronavirus pandemic that has already killed over 200,000 Americans? Support medical and public health research into better understanding the virus, its spread, and its control? Improve testing and surveillance? Deliver more masks and personal protective equipment to health care personnel and others?

How about start an advertisement campaign to “defeat despair” that features video interviews with Trump administration officials and celebrities? After all, why deal with a problem when instead you can make people believe that it is not a problem?

Dan Diamond has reported for POLITICO that President Donald Trump’s administration is organizing a $300 million-plus advertising campaign to make people feel better about the Covid-19 coronavirus pandemic. This ad campaign will launch sometime prior to November 3. If you are wondering what’s so special about November 3 besides National Sandwich Day, keep in mind that November 3 is not just the day to down your favorite lunchmeat and cheese concoction. It is also National Election Day, the same day that America votes for the next President of the United States.

Take a wild guess as to who would pay the $300 million-plus bill for such a “defeat despair” campaign? The answer rhymes with beef stew and trombone players. Yes, it will be you and other taxpayers, assuming, of course, that you pay taxes.

Diamond wrote that “10 current and former health officials told POLITICO that they have concerns about the campaign’s scope, goals and even how it has been funded — by pulling money out of health agencies like the Centers for Disease Control that are in the midst of fighting the pandemic, rather than working with lawmakers to set up a brand-new advertising effort with congressional oversight, or drawing on substantial internal resources and expertise in running health-related public service campaigns.”

Pulling money from the Centers for Disease Control and Prevention (CDC)? You mean that organization that’s supposed to be front and center in responding to the pandemic? Isn’t that a bit like being in the Super Bowl and telling your starting quarterback, “oh, you know those cleats, shoulder pads, uniform, and helmet that you are wearing? Yeah, we’re going to need them for an ad campaign. But keep on playing without them. By the way, go team!”

Apparently Michael Caputo, the assistant secretary for public affairs at the U.S. Department of Health and Human Services (HHS), is the “brain child” of this campaign. This wouldn’t necessarily be the first time that Caputo has done something to affect the CDC. I have covered previously for Forbes how Caputo’s team has allegedly been altering CDC scientific reports and how he claimed that CD scientists are plotting to attack Trump. Even more egregiously, he has accused CDC scientists of wearing sweatpants all the time, except when they go to coffee shops. This, of course, would be inaccurate since CDC scientists wear a variety of leg and pelvic coverings.

Now Diamond has written that “Caputo’s team in June requisitioned $300 million that Congress had previously appropriated to the CDC. According to three people with knowledge of the deliberations, the request was abrupt and HHS offered minimal detail to CDC officials on how the money would be spent for the upcoming campaign.” Abrupt and minimal details may work when someone is offering you mac-and cheese. Whenever, this happens, you just say thank you and eat it. But it doesn’t work when there’s a major funding change and something called a “public health” campaign is somehow involved.

Here’s some more from Diamond about the campaign:

When Diamond referred to DD&T, he presumably isn’t referring to the insecticide.

Do you know how much Covid-19 coronavirus research $300 million could potentially fund? There are so many things about the severe acute respiratory syndrome coronavirus 2 (SARS-CoV2) that we don’t yet know such as specifically where it is spreading, what will happen to the pandemic in the coming months and year, and how best to distribute vaccines should they become available. Plus, testing, surveillance, social distancing measures, contact tracing programs, personal protective equipment distribution, and mask use have been coordinated at a national level about as well as a cat mosh pit. Moreover, think about how many face masks $300 million could purchase. Hint, the answer is “more than one,” assuming that it isn’t a gigantic, gold-plated face mask.

Instead, the money reportedly will go to a campaign that may feature celebrities such as Dennis Quaid, who starred in movies like The Right Stuff, The Big Easy, Innerspace, and Great Balls of Fire! It’s true that Quaid in Inner Space did offer the line, “When things are at their darkest, pal, it’s a brave man that can kick back and party.” Nevertheless, the actor is not exactly a medical, health, or Covid-19 coronavirus expert. Diamond pointed out that Quaid did publicly praise Trump’s handling of the pandemic, according to Sara M. Moniuszko writing for USA TODAY, which had nothing to do with his being selected for the campaign, right? Other celebs who, according to Diamond, may be involved with the ad campaign include country singer Garth Brooks and gospel singer CeCe Winans.

This is not necessarily to say that Quaid (or any of the celebs involved) was aware of the broader aspects of the planned ad campaign. As an update, since the POLITICO story broke, Quaid has indicated on an Instagram post that he did not receive any payment for what he described as an interview with Anthony Fauci, MD, the Director of the National Institute for Allergy and Infectious Diseases (NIAID) and a member of the White House Coronavirus Task Force. Quaid said that what he did was a public service announcement (PSA) to raise awareness about “what we can still do to prevent lives being lost from this terrible, terrible virus. It was about the importance of wearing a mask, about social distancing. It was in no way political.”

Quaid’s representatives also have pointed to a recent podcast that he did with Dr. Fauci, entitled The Dennissance. For the podcast, as the website describes, “the career immunologist joins Dennis for a candid and topical conversation around the pandemic, America’s response, and what we can expect next.” So it’s not clear whether the Trump administration informed Quaid about the broader “defeat despair” ad campaign and what role anything that Quaid may have taped may play in the campaign. 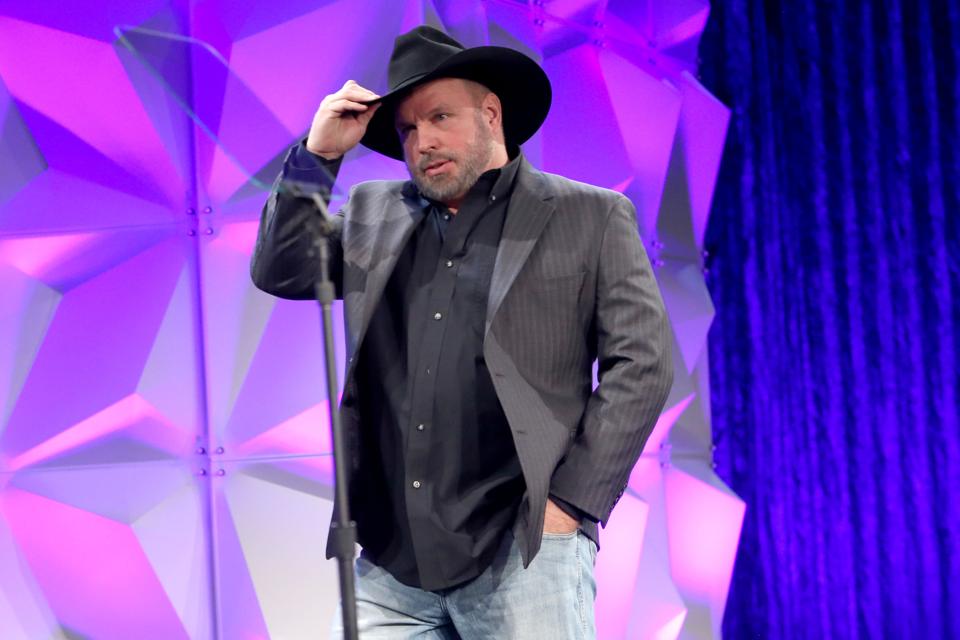 Garth Brooks reportedly will also be part of the “defeat despair campaign. (Photo by Jesse … [+] Grant/Getty Images for NAMM)

So a PSA to encourage mask use and social distancing is one thing. But what exactly would be the purpose of a “defeat despair” campaign during an ongoing pandemic and public health emergency? Right now, despair isn’t the primary enemy. It’s not as if despair jumped from bats to humans one day and started spreading. People aren’t getting cotton swabs stuck up their noses because of despair. There isn’t a rush to find a vaccine against despair.

Would a “defeat despair” campaign now be like firefighters launching a “defeat the fear of getting burned” campaign when they really should be focused on fighting the fire? Even if “despair” were momentarily defeated, the virus would still be around spreading and making people sick. What then specifically would be the purpose of the campaign?

This ambiguity muddles the line between “public health campaign” and “Presidential re-election campaign.” For this to be more clearly a public health campaign, there needs to be clear public health objectives. Would it be to increase mask use? Then call it an increasing face mask use campaign. How about to help people maintain social distancing? Then clearly label it as such. Does the government want to raise more resources for more needed scientific research and to combat conspiracy theories? Then throw in the word science somewhere. Anywhere.

Otherwise, if the expected results are to just make people temporarily feel better about what’s happening and improve people’s impressions about the Trump administration, wouldn’t that seem a bit election campaign-y? After all, if a person said “I want to conduct a campaign to make you feel better about me,” would that be a public health campaign or more of a Tinder profile. And with your taxpayer money going to fund such a campaign, how would that make you feel?

UPDATE 9/27/20: I have updated the article with a response from Quaid to the POLITICO article.