Texans GAMEDAY: Will The ‘Past’ Haunt Them Vs. Colts?

It’s exactly the kind of scenario that’s already par for the course for American companies that want to do business in China (and for those, like Facebook (FB) and Google (GOOGL), that are shut out of the world’s second biggest economy). Experts warn that the more Washington’s playbook starts to mimic Beijing’s, the more at risk the world’s internet is of fracturing beyond repair with enormous implications for global business.

The deal to save TikTok’s US business would see Walmart (WMT) and Oracle (ORCL) take a minority stake in a US-based company called Tiktok Global. While an announcement earlier this month implied that Beijing-based ByteDance would continue to own most of the short-form video app, developments since then have muddied the waters.

ByteDance would itself hold zero percent of the new entity, a person familiar with the deal told CNN Business earlier this week. Instead, TikTok Global would be partially owned by ByteDance’s international and Chinese investors.

The agreement would make Oracle TikTok’s “trusted technology partner,” and give the California-based tech firm the ability to store the app’s American user data and review its source code.

Other aspects of the deal have also become heavily politicized. US President Donald Trump said last weekend that he asked the companies involved to “do me a favor” by bankrolling a $5 billion education fund to teach people the “real history of our country.” While it doesn’t appear that such a fund will ever materialize, Walmart and Oracle have promised that the deal would coincidentally result in US tax payments totaling that exact amount.

For American companies that work in China, the broad strokes of this deal might seem familiar. Beijing often forces foreign businesses to form joint ventures with local firms and establish offshoot entities.

“I think there is some era of retaliation here, where, ‘Hey, if you’re going to do this to our companies — shut us out or force us to localize — then we’re going to do it to you as well,'” said Dipayan Ghosh, the co-director of the Digital Platforms and Democracy Project at the Harvard Kennedy School. 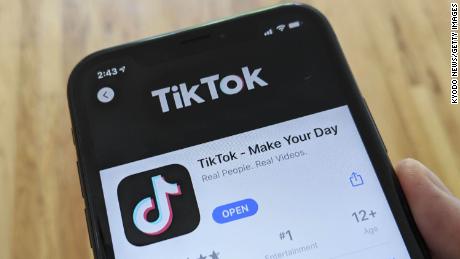 The race to keep TikTok operating in the United States is complicated, and could set a precedent for the future of US-China relations.

More similar to China than Europe

Trump’s threat to ban TikTok if the app is not sold to a US company is founded on the fear that otherwise, American user data risks winding up in the hands of the Chinese government. (Tiktok has denied this as a possibility and says it keeps US data stateside, with a backup in Singapore.)

The fight over TikTok has sparked a political firestorm in the United States. But it’s not exactly an unusual concern overseas, where governments have long been worried about how much access US tech firms have to information about their citizens. That unease has increased in the years since Edward Snowden, a former contractor who worked with the US National Security Agency, revealed in documents leaked to the news media that the American government tapped into people’s data through tech companies like Microsoft (MSFT), Google and Apple (AAPL).

The European Union has for years tussled with US companies over concerns about data privacy and surveillance. That was a big part of the reason for passing 2018’s landmark General Data Protection Regulation (GDPR), which gave consumers much more control over their personal data and forced companies to ensure that the way they collect, process and store data is safe. Europe has continued to strengthen its privacy laws, and this summer struck down an agreement that allowed companies to move data between Europe and the United States over concerns that it did not sufficiently protect Europeans from US surveillance. 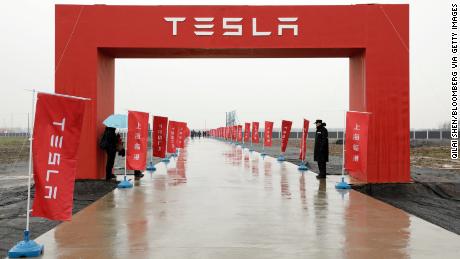 American companies are taking enormous risks to do business in China

Now that the United States has been forced to reckon with a foreign company that has broad access to US user data, though, the country is taking an approach that resembles China’s far more than it does Europe’s.

American companies have known for decades that working with China requires a lot of sacrifice. Microsoft, which has a longstanding history in the country, agreed to give the Chinese government access to its source code in 2003 to address national security concerns. The company said at the time that sharing that information was intended to help foreign governments “be confident in the security of the Windows platform.”

The steps taken by other US firms that have access to Chinese user data bear resemblance to the TikTok proposal in other ways. Apple’s iCloud services in mainland China are operated by a Chinese company, for example. The Silicon Valley firm was forced to do so to comply with the country’s cybersecurity rules, which require companies to store data on Chinese users domestically.

“The US is copying what the Chinese have done,” said James Lewis, a senior vice president at the Center for Strategic and International Studies, a think tank based in Washington, D.C. “Trump is taking a nationalistic approach.”

That way of doing things has consequences, though.

Experts have for months been warning that tensions between the United States and China are creating a world where tech firms are viewed more as national actors instead of multinational ones. And as the relationship between the world’s two largest economies deteriorates, the fallout risks creating what Eurasia Group once called a “new virtual Berlin Wall.”

“The US was always about the international system and following the rules,” Lewis said. “A more nationalistic America is harder for everyone, not just the Chinese.”

After all, China’s philosophy on technology led the country to create its Great Firewall, a massive censorship mechanism that shuts out content widely available elsewhere on the internet. Beijing closely monitors and manages that system, having realized the potential for the internet to impact the way its populace views the world.

When the internet was invented more than 30 years ago and became commercialized in the decades afterward, “we thought of this as a platform over which any person in the world can communicate with anyone else in the world,” said Ghosh of the Harvard Kennedy School. He added that closing off the web could sow division worldwide.

Washington has increasingly indicated that it is willing to head down that path, though. In August, US Secretary of State Mike Pompeo said the government would seek to restrict the reach of Chinese companies in the United States by banning them from app stores, cloud services and other digital networks. 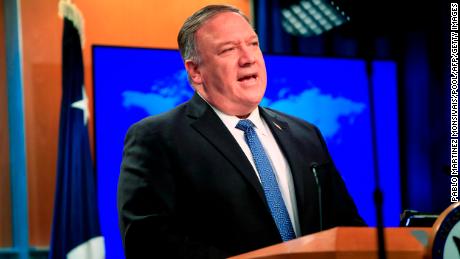 Trump administration wants to purge Chinese tech from US networks

“What worries me is that the US is becoming China by trying to block off apps,” said Susan Ariel Aaronson, a professor at George Washington University, where she directs a digital trade and data governance hub. “We too are censoring; we too are intervening in the markets for data.”

Many experts have pointed out that the United States has legitimate concerns when it comes to safeguarding the data of American citizens. Instead of singling out Chinese companies, though, they say the United States should develop universal standards for data collection and use.

Ghosh, for example, said a European approach, like a US version of GDPR, may be the right way forward.

“What that means is that if you want to do business with American consumers over the internet, you have to be subject to these general baseline privacy restrictions,” he said. That may include giving citizens the right to delete data or to be “forgotten,” a measure that allows citizens to request that links containing personal information about them be removed from search results.

Whatever Washington decides, though, the country’s actions are likely to set a powerful precedent. Take India, for example, which has already banned a bunch of Chinese apps during a broader geopolitical tussle.

“If we continue to play the game of whack-a-mole with Chinese apps that are perceived as a threat, I don’t think that makes us anymore secure,” said Samm Sacks, a fellow at the Washington, D.C.-based think tank New America who studies cybersecurity and US-China relations.

“I think that what that does is it creates a ripple effect, where other countries around the world will say, ‘This is a blueprint on how to block a powerful technology company under the guise of national security.'”