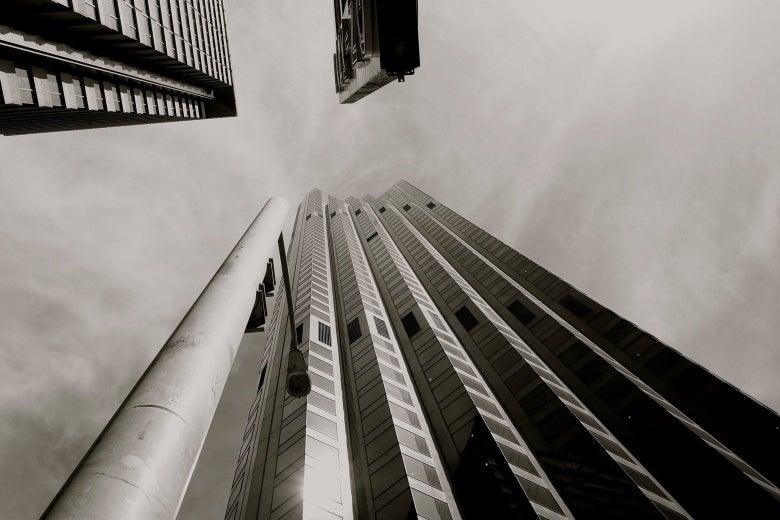 It’s a busy time out there. Lots going on. The American system of electing presidents is in imminent danger of collapse, the viral pandemic is still killing a thousand people a day, and the Miami Heat is on the verge of completing an underdog run to the NBA Finals. Donald Trump’s corruption is also in some ways an inert story, politically, because every Republican except Mitt Romney has already demonstrated, re: Ukraine, that they will not take any actions to disincentivize him from even the most overt, explicit abuses of power.

Nonetheless: This is crazy!

The money … appears to go from the U.S. subsidiary of the Qatar Investment Authority, a sovereign wealth fund, to HWA 555 Owners LLC. According to filings Trump sent to federal ethics officials, the Donald J. Trump Revocable Trust owns 30% of HWA 555 Owners LLC. And that trust, according to documents the Trump Organization submitted to authorities in Washington, D.C., was set up “to hold assets for the exclusive benefit of Donald J. Trump.” Trump, in other words, personally holds 30% of the space the Qataris are leasing.

That’s from a Vanity Fair article by reporter Dan Alexander, who just published a book called White House, Inc. In the course of researching the book, Alexander found out that Qatar’s national investment fund has been renting space in a San Francisco office building that Trump owns a share of—555 California St.—since at least August 2018. The timing of the rental is important: Early on in Trump’s term, his administration took Saudi Arabia and the United Arab Emirates’ side in an ongoing dispute with Qatar, accusing Qatar of supporting terrorism. But in 2018, Trump changed his position and announced that Qatar did not in fact support terrorism. It’s well known that this reversal coincided with an expensive Qatari lobbying campaign that consisted, basically, of paying Trump’s friends. Alexander’s findings suggest it also consisted of paying the president directly.

The “best” part of the story is that the office the Qataris rent from Trump in San Francisco appears to be empty. No one works there. Alexander found this out by way of a classic gumshoe ruse: He rented a desk in a co-working space on the 49th floor of the building, which is accessed from the same elevator as the QIA space on the 43rd floor. Then he went to the office, and it was empty. There was a plant there, but it was dead.

There was a marble welcome desk but no one to welcome visitors. On top of the counter sat a plant that looked like it had been dead for months.

I rapped my knuckles on the glass doors. No one answered, even though it was the middle of the afternoon. The next day, in the morning, I returned. Again I knocked. And again no one answered.

According to Alexander, the QIA office isn’t listed on a directory in the building’s lobby nor on the QIA’s website, which does list another office in New York City.

The White House, Trump Organization, and Qatar Investment Authority did not respond to Alexander’s requests to explain why Qatar appears to be paying Trump for an empty office.