Housing and Urban Development Secretary Ben Carson scripted a complaint to President Donald Trump about how the presidential personnel office is handling his agency, notes seen by reporters on Friday show.

Carson spoke at a ‘Black Economic Empowerment’ event organized by Trump’s re-election campaign at an Atlanta conference center, ahead of Trump.

Reporters watching on a television screen in the room got a partial, up-close view of talking points typed on the back of Carson’s speech. 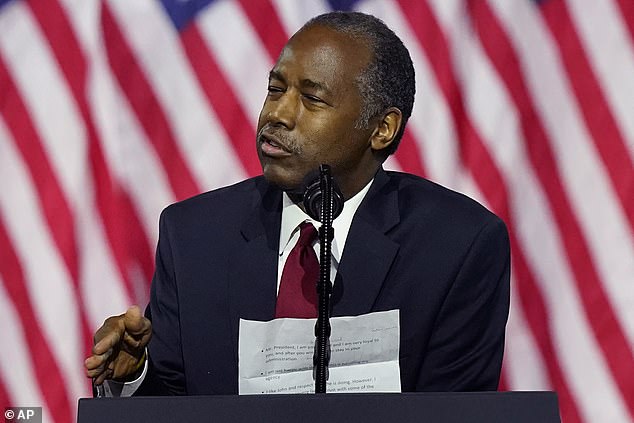 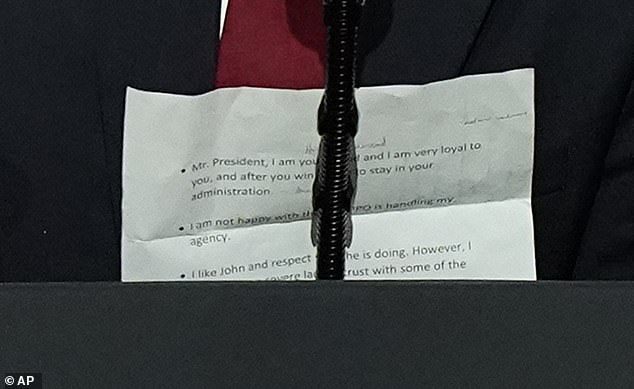 Carson’s notes could be read by reporters in the room as he planned to tell the president that he’s been ‘very loyal’ but has issues with the presidential personnel office and likely aide John McEntee, as a ‘John’ is referenced 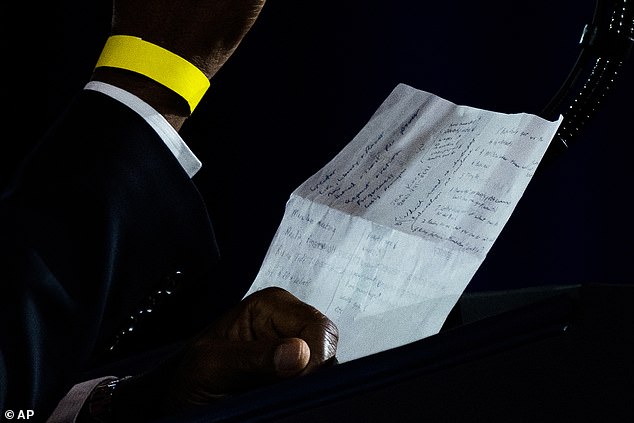 In the notes, Carson appeared to be complaining about Trump aide John McEntee, head of the presidential personnel office, referred to in the notes as PPO.

Parts of the notes were obscured by Carson’s microphone.

‘Mr. President, I am your friend and I am very loyal to you, and after you win I (illegible) to stay in your administration,’ Carson had written.

I am not happy with the way PPO is handling my agency. I like John and respect (illegible) he is doing. However I am sensing a severe lack of trust with some of the…’

Carson, who was formerly a neurosurgeon, ran for president against Trump in the 2016 Republican Primary, but endorsed the New York real estate developer in March of 2016.

He’s one of the few cabinet heads remaining from Trump’s original roster.

Carson is the only Black member of Trump’s cabinet and was on hand at an event meant to enhance the president’s footing with Black voters.

At the event, Trump made a series of promises to Black America, including establishing Juneteenth, which commemorates the end of slavery, as a federal holiday.

Trump, who announced the promises less than 40 days before the November presidential election, also pledged to designate two groups as terrorist organizations: the white supremacist Ku Klux Klan and the amorphous movement known as antifa that opposes fascism.